Gov. Abbott calling for an investigation into Harris County Elections 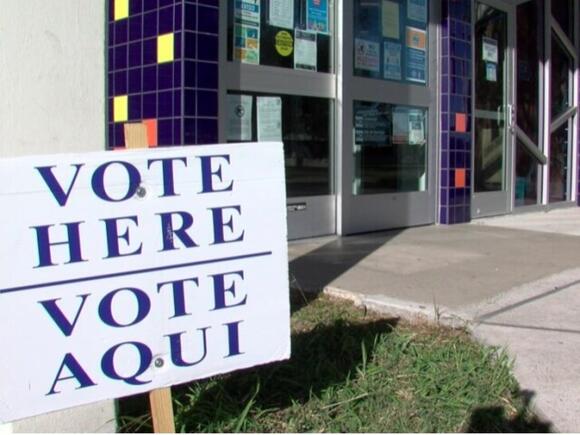 Governor Greg Abbott is calling for an investigation into voting issues in Harris County on Election Day.

All Harris County polling locations were open until 8 p.m. on Election day after a court order was filed over issues at the polls.

"I'm calling on the Secretary of State, the Attorney General's Office, and the Texas Rangers to initiate investigations into allegations of improprieties in the way that the 2022 elections were conducted in Harris County," said Governor Abbott.

"The allegations of election improprieties in our state's largest county may result from anything ranging from malfeasance to blatant criminal conduct. Voters in Harris County deserve to know what happened. Integrity in the election process is essential. To achieve that standard, a thorough investigation is warranted."

A statement from the Harris County Democratic Party said in part:

“It’s almost laughable that Abbott has demanded this investigation since he actually sent a team to oversee the Harris County elections last week. Was Abbott’s team ineffective? Will Abbott be investigating himself?

Our biggest concern about this is that Abbott and other GOP state leaders are trying to criminalize election workers. These elections are run by volunteers who are civically engaged and actively participating in the political process, and under Abbott’s watch, election workers have been constantly under attack."

Between 10k to 30k of Republican voters where disenfranchised due to polling places not having an adequate supply of ballot paper.

good, that loser governor should investigate his own party that he was running when he had his people assigned to oversee the voting process? that's funny, how the republicans can screw up their own oversight committee 🙄 wow, impressive move by the governor bahaha 🤣🤣😆😆

us Democrats should call for an investigation, in why Governor Abbot Texas Attorney Gen hasn't been on trial,2015 he was indicted,he was able to win another term,if this were me and you we would already be in jail

First Lady of Texas, Cecilia Abbott, announced a new campaign against human trafficking in the state of Texas on Thursday.
TEXAS STATE・4 DAYS AGO
25 News KXXV and KRHD

Agencies across Central Texas are reporting crashes and icy road conditions as drivers deal with a winter storm warning this week.
WACO, TX・4 HOURS AGO
25 News KXXV and KRHD

The woman was reportedly standing in the sunroof of a car when she was shot by a suspect from what police believe was another vehicle.
HOUSTON, TX・23 HOURS AGO
25 News KXXV and KRHD

An AMBER Alert for a 3-month-old Texas baby has been discontinued. The baby was found safe in North Carolina.
TEXAS STATE・4 DAYS AGO