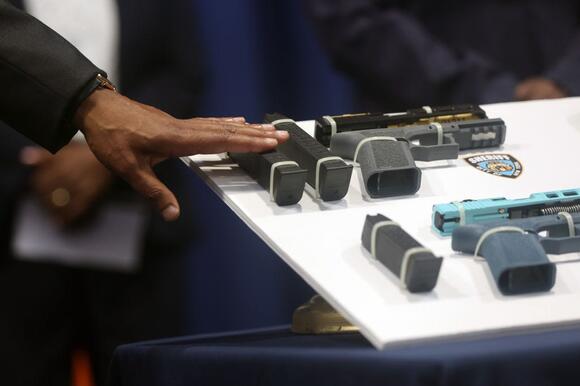 Marc Cox speaks with FOX News Radio's Eben Brown about Illinois latest law that may effect gun owners across the state. Many may ask - what is a 'ghost gun' and how do I register it to be serialized? Guns that have been built by hobbyists throughout the state using kits, and those that have been 3D printed, will need to be brought in so that they can be assigned serial numbers, by today (November 14, 2022) in order to be considered lawful.

Guns that have been purchased at Federally licensed firearms dealers should not be effected by the law. Those that own ghost guns will want to look into having their guns engraved with serial numbers quickly as there are very few places that are legally able to do so. According to an article by Alpha Koncepts , there are locations to have ghost guns serialized in Naperville, Plano and Geneseo, Illinois, however, most firearms dealers are able to purchase ghost guns and have them sent in to be serialized.

To read more about the ghost gun law, you can read the official press release from Illinois Governor Pritzker here.

Will Scharf has his eyes set on becoming the next Missouri Attorney General. Scharf joined The Annie Frey Show for his first radio interview since announcing his candidacy to share what he believes are the biggest issues facing Missouri
MISSOURI STATE・2 DAYS AGO
97.1 FM Talk

National security expert comments on spy balloon over Montana: 'The Chinese never do anything without intentionality'