AMC Stock: Q3 Earnings Beat, Its Ongoing Recovery, and a Word on DRS 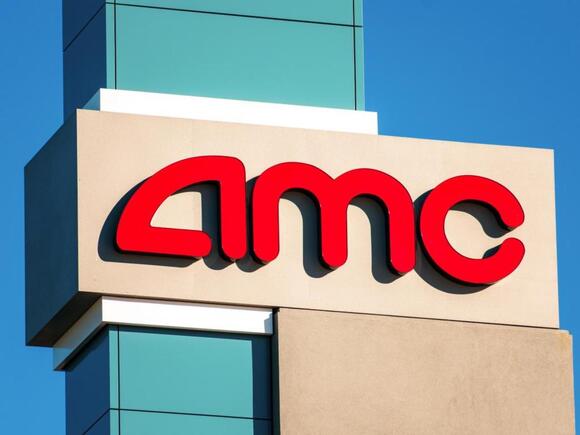 AMC's Q3: Industry-Related Headwinds, but a Recovery Is Underway

The company reported a loss per share of 20 cents, versus an estimated loss of 24 cents. On the revenue front, AMC reported $968 million, versus the $961 million expected by analysts.

To be clear, the financial results were far from perfect. AMC reported that it lost money in Q3 compared to the same period last year. Net losses grew by $226.9 million, versus a net loss of $224.2 million in Q3 2021.

The movie theater chain already anticipated a difficult third quarter, marked by relevant headwinds in the movie industry such a weak lineup of new films.

Nevertheless, AMC reported that it has about $900 million of liquidity, which provides it with some strength to move forward toward its goals of both growth and financing its operations. CEO Adam Aron said:

AMC management also noted that it has paid down about $144 million of its $400 million in loans. AMC also raised roughly $37 million in equity from its preferred shares, the APE units.

The release of Black Adam in mid-October gave a hint that better numbers are to come. And Black Panther: Wakanda Forever is expected to be the second-biggest movie of the year in terms of ticket sales — behind only Top Gun: Maverick.

For the full fiscal year, AMC pointed out that the domestic box office should register 75% growth compared to last year, which was affected by the pandemic. For the following years, Aron predicts that the "box office should grow yet again by between 15% and 25% and possibly by even more."

Looking ahead, in the first half of 2023, AMC will launch its brand of microwave popcorn, AMC Perfectly Popcorn, in partnership with a major national retailer. The initiative is expected to bring in incremental food and beverage revenues as AMC enters the multibillion-dollar popcorn market.

The other initiative recently announced by AMC is a partnership with Zoom Video (ZM). AMC has plans to move further into the meeting and corporate events market. AMC will link its theaters for nationwide meetings using a new product called Zoom Rooms at AMC, which should be available by 2023.

AMC currently generates $20 million in business meetings limited to just one business at a time. With the Zoom partnership, AMC will be able to make money from multiple markets simultaneously.

Why Is AMC's Stock Sinking?

After the Q3 earnings announcement, the market didn't react favorably. AMC shares plummeted 8% in the trading session the next day. APEs fell nearly 20%.

During the earnings call, when asked by an AMC shareholder why the stock is sinking this year, CEO Aron attributed it to macroeconomic forces.

Besides inflation, which is forcing the Fed to raise interest rates, the war in Ukraine is causing global instability and increasing energy costs.

As for the movie theater industry as a whole, Aron pointed out that some of AMC's rivals are in jeopardy — such as Cineworld, which has filed for Chapter 11 bankruptcy protection.

This has made investors more pessimistic about the industry.

A Word on DRS

Finally, a topic that is often discussed among AMC investors on social media platforms is the Direct Registration System (DRS). This service offers shareholders the option of not holding the stock through a brokerage.

Responding to a question from an AMC shareholder regarding DRS, CEO Adam Aron made it clear that he thinks the primary benefit of registering shares directly with a transfer agent is the fact that transfer agents do not short shares, unlike many brokerage firms.

Fellow meme-stock GameStop's (GME) shareholders have been actively adopting this practice. The video game retailer has about 30% of its total float registered directly with its transfer agent.

However, AMC's CEO made it clear that shareholders are making this move at their own risk, and that there is no guidance from AMC telling shareholders to do so.

According to Aron, there are a few thousand AMC shareholders who have already directly registered their shares. He said:

"As best I can tell, it's around 15,000 or so of our millions of shareholders who decided to directly register shares. I think they've registered in the neighborhood of 10 million shares or APEs with our registrar."

According to AMC's Form 10-Q, as of September 30, there were 4.9 million AMC shares and 4.7 million APE units directly registered with the transfer agent, which is less than 1% of AMC's float.