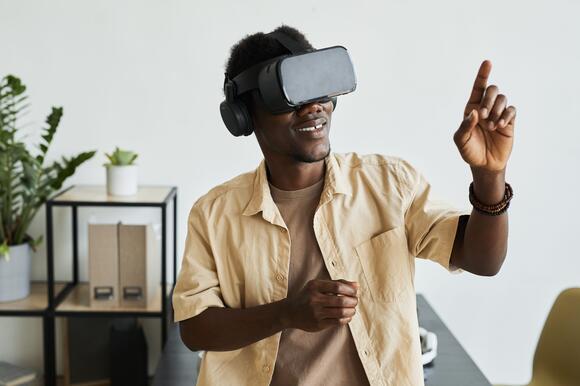 One of the great joys of playing video games is if your character dies, generally you can revive them and pick up right back where you started.  No real consequences suffered.

Well that’s about to change, thanks to Palmer Luckey, the founder of Oculus, and a leader in virtual reality gaming.

He’s developed a VR headset that will actually KILL the user if their character dies in the game.

The headset is connected to three explosive charge modules above the screen that are aimed at the players forehead.

Should the player die in the game, the microwave emitter would go off, destroying the human’s head.

Luckey wrote in a blog post explaining the project, “The idea of tying your real life to your virtual avatar has always fascinated me—you instantly raise the stakes to the maximum level and force people to fundamentally rethink how they interact with the virtual world and the players inside it.

“Pumped up graphics might make a game look more real, but only the threat of serious consequences can make a game feel real to you and every other person in the game.”

Luckey also founded Anduril, a weapons and defense contractor that has won large contracts with the government.  The explosive charges on the headset are ones he usually uses in “different projects,” although he did not specify which .

Luckey says the device’s creator “was able to hide from his employees, regulators, and contract manufacturing partners. I am a pretty smart guy, but I couldn’t come up with any way to make anything like this work, not without attaching the headset to gigantic pieces of equipment.”

This headset will definitely not be available for purchase, according to Vice .

“At this point, it is just a piece of office art, a thought-provoking reminder of unexplored avenues in game design,” Luckey says.

“It is also, as far as I know, the first non-fiction example of a VR device that can actually kill the user. It won’t be the last.”