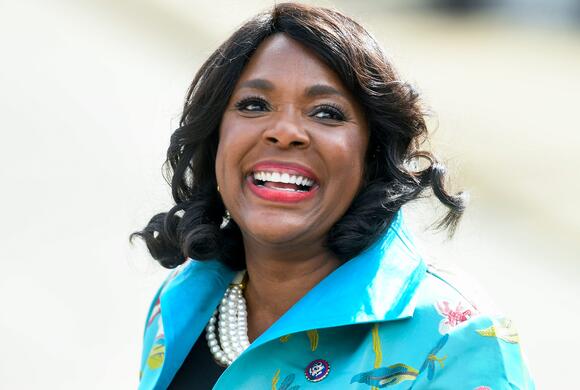 She beat Republican Beatrice Nichols and Libertarian Gavin Goodman in her bid for re-election on Tuesday. Sewell has now held the congressional seat for 11 years, and this will be her seventh term as a member of Congress.

The Associated Press called the race for Sewell around 10 p.m. with about 85% of votes counted. Nichols led Sewell in Clarke County, Tuscaloosa County and Pickens County when the race was called.

Sewell's office released a statement late Tuesday night to acknowledge her win and thank the voters of her district. “Regardless of how you voted, I pledge to continue listening, learning, and fighting for the values we share," she said in the statement. "We as a nation face many challenges but I am confident that working together, we can continue to deliver more resources and better opportunities for our communities."

Alabama’s 7th district remains the only Democratic district in the state, as it has been since the state Legislature reconfigured the district to be majority-minority following the 1990 census. The district was the focus of a U.S. Supreme Court decision earlier this year after a group of plaintiffs argued that the Alabama Legislature unconstitutionally packed Black voters into a single congressional district. It covers a large portion of the Alabama Black Belt and reaches into parts of Montgomery, Birmingham and Tuscaloosa.

Sewell grew up in the district’s largest fully-encompassed city, Selma, and she regularly refers to herself as a “proud product of the Black Belt.”

She has spent much of her past two years in office bringing American Rescue Plan Act funds to rural Alabama, dedicated to healthcare, broadband access and infrastructure building. Leaders of one group working to solve Lowndes County’s infamous wastewater crisis said they would not have been able to make significant progress in the past year if it weren’t for Sewell’s support .

Throughout her reelection campaign this year, Sewell’s campaign team has maintained that her top priority is creating jobs in her district, as well as infrastructure, education reform and affordable healthcare. 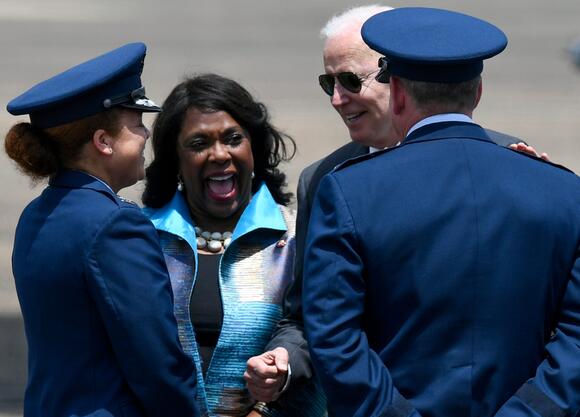 In the days leading up to the election, Sewell took to social media to announce Vice President Kamala Harris’s endorsement of her reelection bid.

“Terri Sewell has spent her career fighting on behalf of Alabama families, including leading the charge to protect our sacred right to vote and ensure every vote counts,” Harris said in a video posted to the congresswoman’s social media accounts. “I am proud to stand with her.”

Since her last race for re-election, one of Sewell’s greatest focal points was eliminating racial discrimination in elections through H.R. 4, the John R. Lewis Voting Rights Advancement Act, which she co-sponsored.

“The need for federal legislation to protect the right to vote has never been so urgent,” Sewell wrote in a special opinion to the Advertiser last year. “Our democracy is at stake. Restoring the Voting Rights Act must be our top priority in Congress. Know that I will not rest until it is done.”

The bill, named for the civil rights legend who was Sewell’s mentor , aimed to reverse a 2013 Supreme Court decision that struck down parts of the Voting Rights Act of 1965. It would require states with a history of voting discrimination, mainly in the South, to get approval from the U.S. Department of Justice before changing voting laws and practices. It passed the U.S. House of Representatives earlier this year, but the Senate failed to advance the bill.

"We're members of Congress. We have a code of ethics of how we should portray ourselves," McCarthy told CNN on Tuesday.
COLORADO STATE・18 HOURS AGO
Business Insider

House Speaker Kevin McCarthy showed he can't control his caucus as millions of Americans watched on live TV. He even tried shushing them.
GEORGIA STATE・9 HOURS AGO
Business Insider

Trump, who is known for nasty smears against his opponents, has ramped up his attacks against the the governor.
FLORIDA STATE・12 HOURS AGO
Toni Koraza

Photo byPhoto 122725292 © Joe Tabb | Dreamstime.com. DeSantis is keeping his 2024 plans quiet, while Trump loses no time to coming after DeSantis. Former President Donald Trump intensified the tension between him and Ron DeSantis when he shared a video of the Florida governor on his Truth Social page.
FLORIDA STATE・2 DAYS AGO
Vice

GOP Megadonors Are Coming for Trump

Two of the biggest-spending groups of Republican megadonors are making it clear that they don’t want Donald Trump to be the GOP nominee, a sign that anti-Trump candidates will be well-funded in the 2024 presidential primaries. The Koch network, the largest-spending political network on the right, and The Club...
INDIANA STATE・20 HOURS AGO
The Hill

For nearly two years, Sarah Huckabee Sanders served as the voice of the Trump administration. On Tuesday night, the now-Arkansas governor will serve as the voice of the entire Republican Party, giving its official response to President Biden’s State of the Union address. Sanders, who left her position as White House press secretary in July…
ARKANSAS STATE・1 DAY AGO