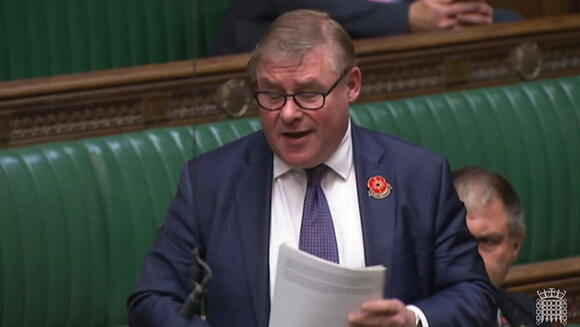 A Conservative MP has come under fire for using a racial slur to describe the Japanese during a session in the House of Commons.

“Given the defence budget is likely to come under great pressure, why does it take BAE Systems 11 years to build a ship the J*** can build in four,” Mark Francois said.

The former Armed Forces minister made the comment during questions to Ben Wallace on Monday, 7 November.

Sir Lindsay Hoyle rebuked the MP, saying the word “should not be used.”

The newly appointed deputy Conservative Party chairman has said he would support the return of the death penalty because “nobody has ever committed a crime after being executed”.Outspoken Ashfield MP Lee Anderson was handed the position, working as one of new chairman Greg Hand’s lieutenants in the run-up to the next election, by Prime Minister Rishi Sunak during Tuesday’s reshuffle.A former Labour councillor before converting to the Tories, Mr Anderson has been no stranger to controversy since being elected to Westminster in 2019, having criticised food bank users and the England men’s football team for taking the knee in protest...
1 HOUR AGO
The Independent

A review calling for the UK’s counterterror programme to focus more on Islamism rather than the far right and other threats could make “Britain less safe”, critics have said.William Shawcross, a former Charity Commission head with close ties to the government, said the Prevent programme should be “recalibrated” to reflect that “the most lethal threat in the last 20 years has come from Islamism”.But more suspected far-right extremists are currently referred to the intervention scheme than Islamists, and the number of incels has also been rising after the head of MI5 warned terrorism was “evolving” in the UK.“Prevent must return...
6 HOURS AGO