Tilray Stock: Why Jim Cramer Says It's Time to Buy 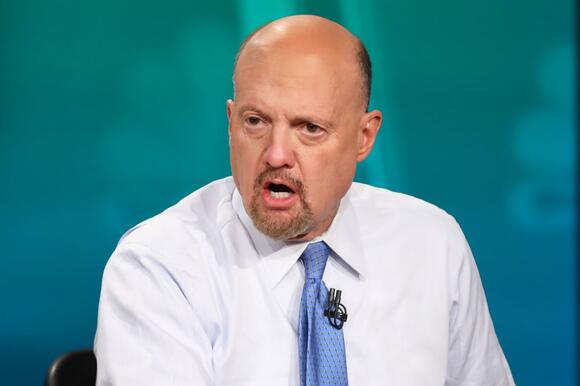 The Mad Money host recently said, with federal legalization looming, it's time to buy the cannabis stock. Here's why.

(Read more from Wall Street Memes: How GameStop Stock May Do In The Face of Another Fed Rate Hike )

This isn't the first time the CNBC host has mentioned the cannabis company on his show. Last month, Cramer said that he was considering whether it would be worth owning TLRY during Joe Biden's presidency.

Recently, President Biden pardoned thousands of people who had been convicted of marijuana posession in federal courts. This caused cannabis stocks in general to rise. Tilray shot up 30% on the news.

The company missed estimated losses per share by 1 cent. And revenue fell nearly 9% year over year. Wall Street had expected a drop of only 6%.

However, it's worth pointing out that the stock's drop wasn't related exclusively to Tilray's earnings results. The broader cannabis market experienced a sell-off as well.

Tilray Grows While Waiting for Legalization

Tilray is one of the leading cannabis companies active today. The company is the market leader in its home country of Canada and in some European countries where cannabis use has already been legalized.

But Tilray's goal is clearly the untapped U.S. cannabis market.

Recently, one of Tilray's major moves was the partial acquisition of MedMen, a company that has a high penetration in the retail cannabis market in the U.S. According to Tilray's CEO, Irwin Simon, MedMen will be key for Tilray to become the market leader in the U.S. when legalization occurs.

The company also owns well-positioned brands in the U.S. such as SweetWater Brewing Co., Breckenridge Distillery, and Manitoba Harvest.

As Tilray seeks to diversify its portfolio, especially while we await legalization in the U.S., the company has been investing in the liquor business.

Tilray's latest investment was the acquisition of Montauk Brewing Co. to add to its product portfolio. The company is labeled as the number one craft brewer in Metro New York. According to Tilray, the acquisition is expected to be "accretive to the company's adjusted [earnings before interest, taxes, depreciation, and amortization]."

Simon said the acquisition is part of Tilray's strategy to strengthen its footprint in the U.S. market by leveraging its portfolio of fast-moving consumer goods brands.

"This distribution network is part of Tilray's strategy to leverage our growing portfolio of U.S. CPG brands and ultimately to launch THC-based product adjacencies upon federal legalization in the U.S.," the CEO said.

The main catalyst for Tilray — as well as cannabis stocks in general — is federal legalization. With Democratic control in the Senate, hopes that legalization would finally take place have been high since last year.

President Biden's move to pardon pot offenders, while a small step for the cannabis industry, showed that cannabis-related agendas are actively being debated at the federal level.

The odds of legalization have never been as high as they are today.

Should legalization occur in the near term, Tilray will most probably be one of the main players in the industry, given its leadership in Canada and Europe, as well as its gradual penetration in the American market through its portfolio of consumer packaged goods.

However, even with legalization taking longer than assumed, recent news has brought hope to the cannabis industry.

Rival Canopy Growth ( CGC ) - Get Free Report recently announced that it is speeding up entry into the U.S. marijuana market with a new holding company, Canopy USA. Speculation that other cannabis companies might follow could buoy Tilray's stock.

Since GameStop's historic short squeeze two years ago, the markets have undergone plenty of scrutiny. Here's what you need to know about the short squeeze's effects on stocks.
1 DAY AGO
MemeStockMaven

After a bullish January, these stocks have entered the crosshairs of short-squeeze hunters.
4 HOURS AGO
MemeStockMaven

I re-emphasize that buying the momentum is probably the best way to trade ARKK ETF. And the rally may have already started this early in 2023.
8 HOURS AGO
MemeStockMaven

Brazilian Retailer Americanas: Victim of an Honest Mistake or Perpetrator of Fraud?

Brazil-based Americanas S.A. went into receivership days after the discovery of a gigantic hole in the company's finances. Here's what you should know.
7 DAYS AGO