Cincinnati Bearcats open season No. 2 under Wes Miller with lopsided win over Chaminade 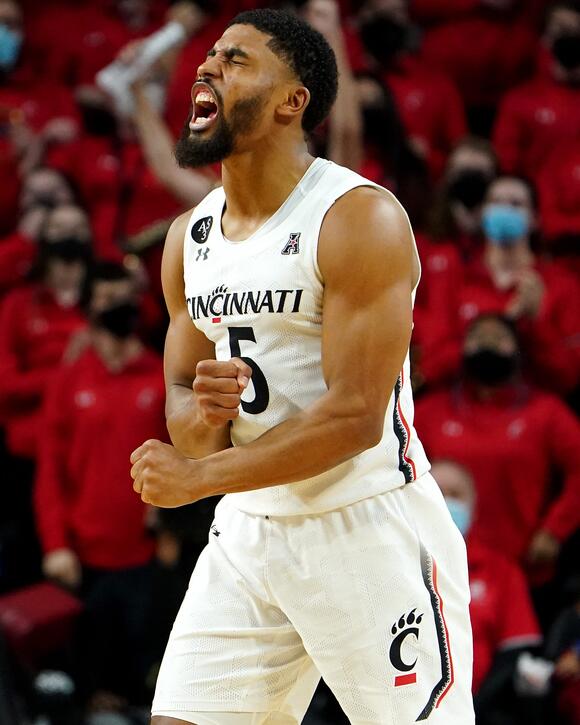 After an eight-month wait, season No. 2 under Wes Miller is underway for the University of Cincinnati men's basketball team.

David DeJulius scored a game-high 24 points, Landers Nolley II added 19 in his Cincinnati debut and the Bearcats cruised to a season-opening 98-55 win over Division II Chaminade on Monday night at Fifth Third Arena.

'Monster Factory': A look inside the source of strength, power for UC Bearcats basketball

The Bearcats forced 22 turnovers in their first-ever meeting against the Silverswords, who faced the Bearcats in what was their third and final exhibition game. Chaminade played Tuesday at Ohio State (lost, 101-57) and Louisville on Thursday. The Silverswords led the Cardinals with six minutes left before falling, 80-73.

It didn't take long for Nolley, a Memphis transfer, to announce his arrival at Cincinnati. The 6-foot-7 senior opened the night with a 3-pointer and Jeremiah Davenport followed with a 3 of his own to give the Bearcats the early lead.

"It's crazy because we were talking in the locker room before the game," Nolley said. "Usually when I hit my first shot, I don't play good. So honestly, for the second one to go in, and a couple more to go in, it felt good. My teammates provided for me and I took advantage of what the defense offered." 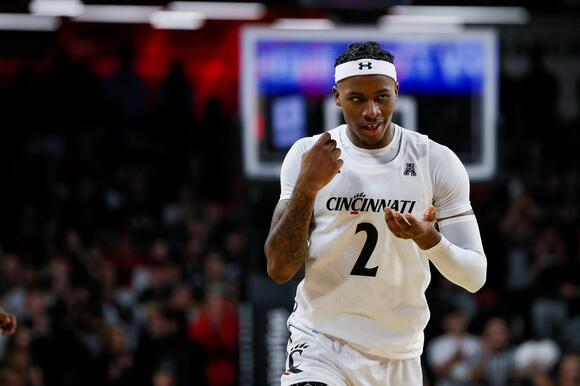 Nolley (eight) and Davenport (six) scored 14 of Cincinnati's first 16 points, as the Bearcats jumped out to a 16-5 advantage within the first five minutes.

UC made its first seven shots (4-for-4 from deep).

Fifth-year Old Dominion transfer big man Kalu Ezikpe showed his versatility by dribbling the length of the floor and laying it up to put the Bearcats ahead 20-9.

Fellow transfer Rob Phinisee (Indiana) joined the party with 3-point basket that made it a 25-10 game at the 11:47 mark. Phinisee also had a team-high eight assists and a team-leading three steals on the night.

"His ability to defend and set a tone for us on that end of the floor is one of the things that really attracted us to Rob in recruiting, and I thought he did a really nice job at defending throughout the game tonight," Miller said.

Freshman Dan Skillings Jr. grabbed the first highlight of the night with a steal and breakaway dunk that gave the Bearcats a 31-12 lead with 10:02 left in the opening half. Skillings had nine points on 4-for-9 shooting, four rebounds and two blocks in 15 minutes in his first college game.

"A couple years ago, I had made a statement about Tari Eason (UC forward, 2020-21), that I feel like we should enjoy him because he might not be here long because he might get an opportunity to go to the NBA," DeJulius said. "I think Dan has the same ability. He's an amazing player and will continue to grow from here."

"Enjoy him while you got him," Nolley added. 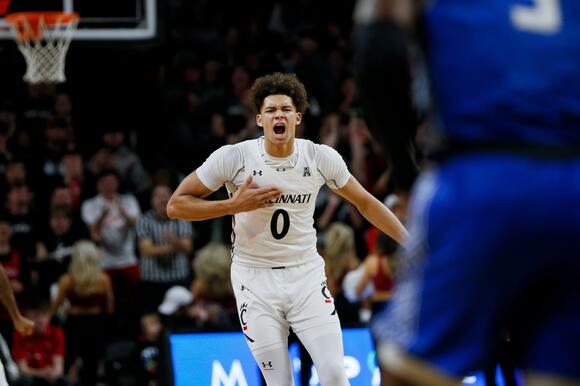 Viktor Lakhin , who started at center for the Bearcats, found a spot in the highlight reel next after getting a steal and hitting Mika Adams-Woods with a behind-the-back pass for an easy look at the rim. The layup made it 44-20 with 5:20 to play before halftime.

"That was probably the pass of the year," Nolley said. "I've never seen Vik do that in my life. I love playing with Vik, though. It was a great pass."

The second half was more of the same for the Bearcats, who had a slam-dunk fest after halftime. Nolley had two fast-break jams and Lakhin added another. DeJulius threw an alley-oop to Davenport who jammed it in and made it 93-51 with 4:28 remaining. Davenport finished with 14 points.

The Bearcats owned a 38-2 advantage in fast-break points and a 50-22 edge in points in the paint.

Miller started the game with Lakhin, Davenport, Nolley, DeJulius and Adams-Woods. Ezkipe was the first player off the bench, followed by Jarrett Hensley, John Newman III and Phinisee. Miller said he doesn't know if that will be the rotation going forward. 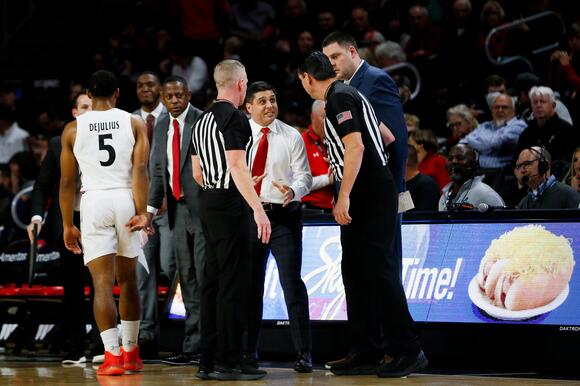 "I'm not sure yet," he said. "Honestly, there hasn't been a ton of separation top to bottom on the roster through the preseason. Some of that's because we've got a lot of guys that have played well. ... We've got a lot of depth and we've got to figure out how to utilize that. But figuring out the right combinations, the right lineups to start and finish games, that will be a process. But the guys who started the game tonight, they earned it."

Miller said Lakhin, who had six points (3-for-3 from the field) and six rebounds in 17 minutes, started because he was the best player in the frontcourt over the course of the summer on both offense and defense.

Up next: Cincinnati hosts Cleveland State on Thursday in a women's/men's doubleheader at Fifth Third Arena. The men tip off at 8 p.m. on ESPN+. The Cincinnati women's team, which lost 87-68 Monday at No. 7/5 ( Associated Press / coaches polls) Louisville, will host Tennessee Tech at 5 p.m.

This article originally appeared on Cincinnati Enquirer: Cincinnati Bearcats open season No. 2 under Wes Miller with lopsided win over Chaminade