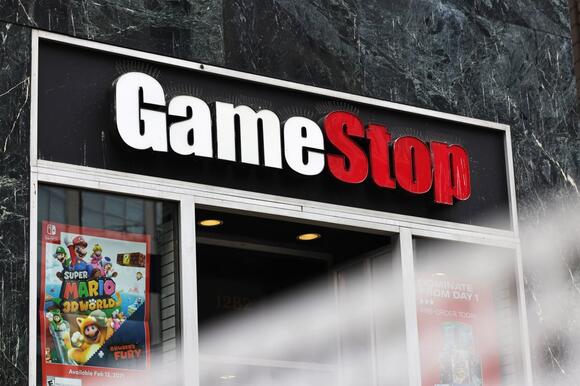 Although continued interest rate hikes are bearish for stocks in general, GameStop may be less affected than other, more leveraged companies.

The Federal Reserve made another large rate increase at its last meeting on November 2nd. In a highly anticipated move, the Fed raised rates by 75 bp, moving the federal funds rate to the 3.75%-4% range. This is the highest level it has been at since January 2008. And it follows the most aggressive monetary policy the Fed has had since the 1980s.

While Fed Chair Jerome Powell hinted at potentially slowing the rate hike pace in the future, he also made clear that the Fed still has a long way to go.

"It is very premature, in my view, to think about or be talking about pausing our rate hikes," Powell stressed. "We have a ways to go. Our policy, we need ongoing rate hikes to get to that level of sufficiently restrictive [territory] - and of course, we don't know exactly where that is. ... I would expect us to continue to update it based on what we're seeing with incoming data."

Perhaps the least encouraging news came from the Central Bank’s projection that interest rates will now need to move above 4.6%. Previously, 4.6% was seen as the leveling-off point for rates.

While news out of the Fed meeting was not particularly surprising, the markets were not pleased. The Dow Jones Industrial Average, S&P 500, and the Nasdaq ended the November 2nd trading session down 1.6%, 2.5%, and 3.4% respectively.

The broad market took a big hit with the announcement of the interest rate hike, and GameStop ( GME ) - Get Free Report was no outlier. Shares of GME plummeted 6% after the Fed announcement.

Debt expenses will gradually squeeze the operating margins of these companies, and many may be forced to run their businesses “hand-to-mouth”.

The good news for GameStop investors is that the video game retailer currently sits in a robust cash position - about $909 million. This amount is $570 million more than the company had during the worst trough of the pandemic.

The company's considerable cash hoard will offer it some extra cushion should macroeconomic conditions sour further.

However, it is necessary to point out that most of this amount did not come exclusively from the company's operations. Rather, the bulk of it came from $1.67 billion issued in equity last year, when the board took advantage of GME’s extremely elevated share price.

Even though the cash raised did generate float dilution, GameStop's management was able to use that cash to clear almost all of its debt.

GameStop's operations, importantly, are still not profitable. The company has reported operating losses greater than $100 million in each of the last four quarters. GameStop has plans to put its capital to work on its turnaround plan, led by Chair Ryan Cohen and CEO Matt Furlong, which is aimed at transforming the company into a digital-focused business.

Not All That Glitters Is Gold

A sizable cash hoard does not necessarily mean that GameStop is in a situation of privilege or comfort.

GameStop's operational difficulties are a worrying factor for the long term. Even though in the last quarter, Q3, the company reduced income loss by $50 million, there is still no clarity on when profitability will return for the video game retailer. GameStop had to use about $380 million in cash to support operations last quarter.

This rate of spending is simply unsustainable for GameStop. If it stays on the same course, its entire cash pile will dry up in a matter of time.

The good news is that GameStop's management is prioritizing this very issue. Executives are mobilizing with the primary objective of returning to profitability, as CEO Matt Furlong's recent speech attests:

"After spending a year strengthening our assortment, infrastructure, and tech capabilities, we're now focused on achieving profitability, launching proprietary products, leveraging our brand in new ways, and investing in our stores."

Even though GameStop's stock trading performance is heavily influenced by socially- mobilized investing, sooner or later the stock's performance will more closely track earnings growth. In the short term, business fundamentals may matter less. But in the long term, the market’s focus will likely be on GME’s return to its shareholders.

Since GameStop's historic short squeeze two years ago, the markets have undergone plenty of scrutiny. Here's what you need to know about the short squeeze's effects on stocks.
6 DAYS AGO
MemeStockMaven

Thanks to retail investors on social media forums, Bed Bath & Beyond has managed to steer clear of bankruptcy for now. Here's what you need to know.
12 HOURS AGO
MemeStockMaven

I re-emphasize that buying the momentum is probably the best way to trade ARKK ETF. And the rally may have already started this early in 2023.
5 DAYS AGO