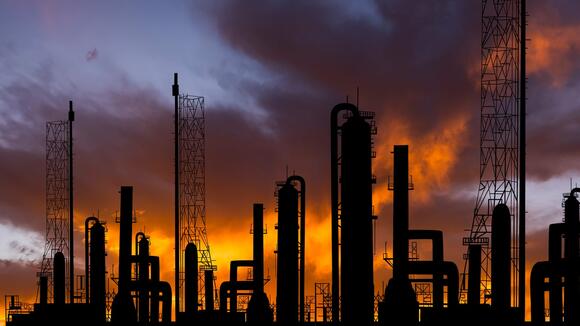 Diesel stockpiles in the U.S. are reportedly at their lowest point since 2008, with only enough fuel for a 25-day supply, according to a recent report from Bloomberg . Demand is also said to be at its highest point since 2007, creating a dangerous supply/demand combination that’s causing spikes in pricing. The Biden administration called the nationwide diesel supply “unacceptably low” and is looking at all options to build up the national supply to help reduce prices.

According to U.S. Energy Information Administration (EIA), the average price of diesel is at $5.34 per gallon. That’s an increase of $1.67 per gallon, compared to this time last year. The area getting hit the hardest is New England, where people burn diesel fuel for heat more than anywhere else in the country. There, stockpiles of diesel fuel are a third of what they normally are at this time of the year. However, the highest cost of diesel fuel is in California, where the average cost is almost $6.50 per gallon, an increase of almost $2.00 per gallon over this time last year.

Part of the reason for the diesel supply shortage is maintenance season but the bigger issue is Russia’s war in Ukraine, which has hurt global fuel supplies. Thankfully, according to Bloomberg, there may be some good news on the horizon. One million barrels of diesel fuel is said to be headed to New York, after two shipping vessels were diverted from their original European destinations. At the same time, a Trainer, Pennsylvania-based diesel refinery is coming back online after its seasonal maintenance, which will help increase diesel production in the U.S. Hopefully those two things can help return the diesel stockpile to normal-ish levels, at least temporarily.

Got tips? Send them over to nico.demattia@thedrive.com

Oil is the next largest commodity next to water. No reason to have a shortage unless you have a government restriction to promote EV.

We didn't have shortage until Biden took over. I was paying $1.85 a gallon. Today I paid $4.98. The cost to transport food and commodities has skyrocketed. Vote Republican on November 8th and end this stupidity.

Obama is running the show and he is crippling our country. We are already at war and the enemy is on our soil. If WE THE PEOPLE don't VOTE RED then we can say goodbye to the country we once loved. VOTE RED AND YOU WON'T HAVE THE BLUES!

China's auto business is growing thanks to its surging EV sales from makers such as BYD and Tesla.
5 DAYS AGO
Fox News

Social media is ablaze after news that Hellmann’s Mayonnaise is being withdrawn from South African grocery shop shelves, according to some analysts, because of the war in Ukraine.
23 HOURS AGO
AOL Corp

The United States is tracking warlike announcements by Iran’s regime that it deployed two military ships to Brazil that are also headed for the Panama Canal, where Tehran declared it will establish a military presence. A U.S. State Department spokesperson told Fox News Digital on Tuesday, "We are aware...
FLORIDA STATE・1 DAY AGO
Newsweek

"There is no other way to talk to these fools," State Duma member and former military commander Andrey Gurulyov said.
2 DAYS AGO
The Drive

US ArmyConcerns over Ukraine's ability to fuel and maintain the Abrams' turbine engine have arisen, but other engine options have existed.
2 DAYS AGO
The Drive

CadillacCadillac's first EV is finally getting shipped to dealers in significant numbers.
1 DAY AGO
The Drive

Getty ImagesGM had a prosperous year in 2022, and workers will now share in the spoils.
22 HOURS AGO
The Drive

USAF / USAF via TwitterA USAF memo calls for aggressive efforts to prepare for a major fight with China, including orders to 'aim for the head' in firearms training.
5 DAYS AGO
The Drive

via TeslaTesla's base-trimmed Model 3 can be had for just $399 per month - but there's a catch.
5 DAYS AGO
The Drive

JeepOwners of certain Jeep Wrangler and Gladiator models might be getting cash back and an extended warranty for out of pocket repairs for death wobble.
3 DAYS AGO