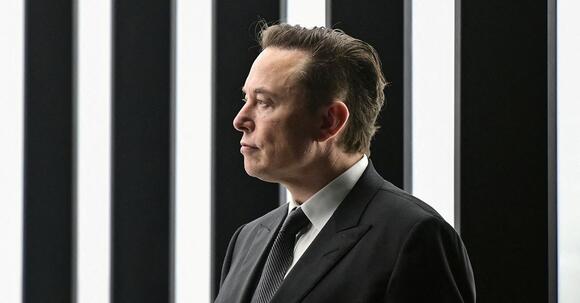 MOSCOW, Oct 4 (Reuters) - The Kremlin praised Tesla boss Elon Musk on Tuesday for suggesting a possible peace deal to end the war in Ukraine, after Kyiv rebuked Musk for proposing terms it views as rewarding Russia.

"It is very positive that somebody like Elon Musk is looking for a peaceful way out of this situation," Kremlin spokesman Dmitry Peskov told reporters in a conference call.

"Compared to many professional diplomats, Musk is still searching for ways to achieve peace. And achieving peace without fulfilling Russia's conditions is absolutely impossible," he added.

In a Twitter poll posted on Monday, the Tesla boss proposed Ukraine permanently cede Crimea to Russia, that new referendums be held under U.N. auspices to determine the fate of Russian-controlled territory, and that Ukraine agree to neutrality.

Kyiv says it will never agree to cede land taken by force, and lawful referendums cannot be held in occupied territory where many people have been killed or driven out. After Vladimir Putin announced the annexation of four Ukrainian provinces last week, Kyiv said it was applying to join NATO, and would not negotiate with Russia as long as Putin is president.

Ukrainian President Volodymyr Zelenskiy responded to Musk's proposal with his own Twitter poll asking: "Which @elonmusk do you like more? One who supports Ukraine (or) one who supports Russia."

As of 1030 GMT on Tuesday, Musk's original poll had garnered more than 2.5 million votes, with some 60% opposed to the plan.

Peskov said on Tuesday that "bots" - phoney twitter accounts - were "actively participating in the voting". He provided no evidence.

Having money does not make anyone smart or qualified to solve any problem. Musk needs to stop poking his nose into the conflict.

I think peace should be looked at. Ukraine has great bargaining chips now. putens days are numbered any how. I don't think he will be invading anyone after this embarrassing performance. I think puten has damaged Russia and will take a long time to get in the world's good grace. peace is always better than war if possible 🙏

nope sorry Elon musk is dead wrong Russia needs to be stopped now by force they will not honor any peace deal. Drive them out force them to capitulate is the only option for Ukraine

Dec 1 (Reuters) - Russian forces tried to advance in eastern Ukraine and trained tank, mortar and artillery fire on Kherson in the south, the Ukrainian military said, as Western allies sought to buttress Ukraine and its neighbours against Moscow.
GEORGIA STATE・3 DAYS AGO
coinchapter.com

BEIJING, Dec 1 (Reuters) - Chinese newspapers turned their front pages black on Thursday and flags were put at half mast in mourning for the death of former president Jiang Zemin, whose death has prompted a wave of nostalgia for the more liberal times he oversaw.
3 DAYS AGO
San Diego Union-Tribune