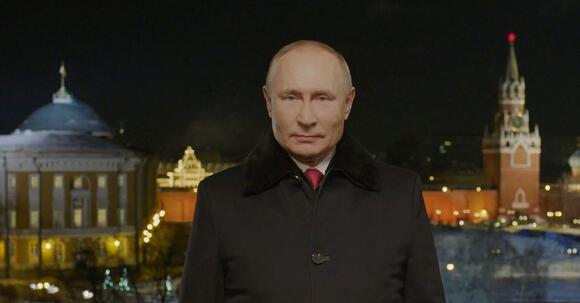 LONDON, Oct 3 (Reuters) - The withdrawal of Russian forces from a strategically important town in eastern Ukraine has prompted two powerful allies of President Vladimir Putin to do something rare in modern Russia: publicly ridicule the war machine's top brass.

Russia's loss of the bastion of Lyman, which puts western parts of Luhansk region under threat, touched a nerve for Ramzan Kadyrov, the leader of the southern Russian republic of Chechnya.

Kadyrov, who has been close to Putin since his father and former president of Chechnya, Akhmad, was killed in a 2004 bomb attack in Grozny that also killed a Reuters photographer, suggested that Russia should consider using a small tactical nuclear weapon in Ukraine in response to the loss.

The nuclear warning caught the headlines, but his public scorn for Russia's top generals may have been just as significant in a Russia where public criticism of the war effort from within the top echelons of the elite has been taboo.

"Nepotism in the army will lead to no good," Kadyrov said, adding that the commander of Russian forces in the area should be stripped of his medals and sent to the front line with a gun to wash away his shame with blood.

Such public contempt for the generals running Russia's war is significant because it indicates the level of frustration within Putin's elite over the conduct of the war while also piercing the Kremlin's carefully controlled narrative.

Kadyrov, who supports the war and has sent many of his own Chechen units to fight, said his criticism was the bitter truth about a Russian fighting force which he said allowed talentless mediocrities to let down the country.

The defence ministry did not respond to a request for comment. Russian officials say the history of Russian warfare shows that fighting often begins badly until the military can be properly organised. Writing off Russia, they say, is a poor bet.

More than seven months into a war that has killed tens of thousands and triggered the biggest confrontation with the West since the 1962 Cuban Missile Crisis, even Russia's most basic war aims are far from achieved.

The vast army of a former superpower has been humbled on the field of battle by a much smaller Ukrainian force backed up with weapons, intelligence and advice from Western powers led by the United States.

In a fresh setback for Moscow on Monday, a Russian-installed official confirmed Ukrainian advances along the west bank of the Dnipro River in Kherson region in southern Ukraine, one of four regions Putin claimed last week to have annexed.

Putin says Russia is now locked into an existential battle with the West, which he accuses of seeking to destroy his country. Russia, he says, will prevail in Ukraine - and has warned that he is only just starting to get serious.

On Russian state television, humility appeared to be seeping into the usual jingoistic rhetoric.

"I'd really like us to attack Kyiv and take it tomorrow, but I'm aware that the partial mobilisation will take time," presenter Vladimir Solovyov said on Rossiya 1 state television.

"For a certain period of time, things won't be easy for us. We shouldn't be expecting good news right now."

The Chechen leader said he had raised the possibility of a defeat at Lyman two weeks ago with Valery Gerasimov, chief of Russia's general staff, but that Gerasimov had dismissed the idea.

Gerasimov, 67, is the third most powerful man in the Russian military after Putin and Defence Minister Sergei Shoigu. Shoigu landed Gerasimov the top military job just a few days after he was appointed defence minister in 2012.

"I do not know what the defence ministry reports to the supreme commander-in-chief (Putin), but in my personal opinion, more drastic measures should be taken," said Kadyrov, who shed tears for the fallen at a ceremony in the Kremlin last week at which Russia formally annexed the four Ukrainian regions.

In an indication of his influence, Kadyrov's other posts showed him meeting two of the Kremlin's most powerful men: Putin's chief of staff, Anton Vaino, and Sergei Kiriyenko, the powerful first deputy chief of staff.

Asked about Kadyrov's remarks, the powerful founder of the Wagner Group of mercenaries, Yevgeny Prigozhin, congratulated the Chechen leader.

"Ramzan - you rock man!" Prigozhin, known as Putin's chef due to his company's Kremlin catering contracts, said in a statement. "All these bastards should be sent barefoot to the front with automatic guns."

When asked if his words should be considered criticism of the defence ministry, Prigozhin doused his reply with irony: "God forbid".

"These statements are not criticism, but merely a manifestation of love and support," said Prigozhin, who the United States says runs a mercenary army that has dabbled in conflicts in Mali, the Central African Republic, Libya and Syria.

"I, and Ramzan Akhmatovich even more so, are the most cultured of people," Prigozhin said, using Kadyrov's patronymic as a sign of respect.

rasPutin himself, who started this war, along with all his oligarch buddies--who drained away military funds to fund their mega-yachts, offshore bank accounts, mistresses, villas, etc., all based in NATO countries--should be the ones to be stripped naked and sent to fight at the front with one of those obsolete weapons they've been equipping their so-called military with.

Russia has a a bunch of old and outdated military officers. Their military equipment has been sitting for sometime and not properly maintained..They come to realize that they are confronting a military force that has been training in Europe, USA and other western countries for sometime now. They're not fighting Syria or other middle eastern country.

Putin is known for his political and military purges. Look at the purge of Putin's intelligence officers that took place after the failure of a total invasion of Ukraine. Also other key oligarchs are having trouble and are falling off of ships, out of windows and just ending up dead. Seems to be some major cracks in the structural foundation.

Nov 29 (Reuters) - Russian businessman Yevgeny Prigozhin, a close ally of President Vladimir Putin, on Tuesday said a Zambian student who died in Ukraine had been fighting for his Wagner Private Military Group.
9 HOURS AGO
Reuters

LONDON, Nov 29 (Reuters) - Russia accused the United States on Tuesday of toxic anti-Russian behaviour that it said had prompted it to pull out of nuclear arms talks with U.S. officials in Cairo this week.
WASHINGTON STATE・15 HOURS AGO
Reuters

Nov 30 (Reuters) - New Zealand and Finland on Wednesday reaffirmed the need for continued international support to Ukraine for as long as it takes so that the conflict ends on terms set by Kyiv and reiterated their unwavering support for Ukraine's sovereignty.
9 HOURS AGO
Reuters

Exclusive-U.S., Russia have used 'deconfliction' line once so far during Ukraine war -source

WASHINGTON, Nov 28 (Reuters) - A communications line created between the militaries of the United States and Russia at the start of Moscow's war against Ukraine has been used only once so far, a U.S. official told Reuters.
21 HOURS AGO
Reuters

BUCHAREST, Nov 29 (Reuters) - NATO allies on Tuesday said they would help Ukraine repair energy infrastructure heavily damaged by Moscow's shelling, in what the alliance's head said was Russia using the cold weather as "a weapon of war".
15 HOURS AGO
Reuters

KYIV, Nov 27 (Reuters) - The head of Ukraine's state-run nuclear energy firm said on Sunday there were signs that Russian forces might be preparing to leave the vast Zaporizhzhia nuclear power plant which they seized in March soon after their invasion.
2 DAYS AGO
Reuters

Nov 29 (Reuters) - The United States and NATO allies promised more arms for Kyiv and equipment to help restore Ukrainian power and heat knocked out by Russian missile and drone strikes, as air raid sirens blared across Ukraine for the first time this week.
12 HOURS AGO
Reuters

WARSAW, Nov 29 (Reuters) - Poland plans to charge Ukrainian refugees for food and housing after 4 months of staying in state accommodation, the government said on Tuesday. More than a million Ukrainian refugees made a temporary home in Poland, Ukraine's western neighbour, after Russia invaded Ukraine on February 24, relying on the kindness of strangers who opened up their homes and government aid.
17 HOURS AGO
Reuters

ROME, Nov 29 (Reuters) - Italy's ruling rightist parties on Tuesday withdrew an amendment that would have allowed the government to continue sending weapons to Ukraine throughout 2023, a parliamentary source said, after the opposition called for a separate decree on the issue.
15 HOURS AGO
Reuters

WASHINGTON, Nov 30 (Reuters) - President Joe Biden's welcoming of French President Emmanuel Macron at the first White House state visit on Thursday since the U.S. Democrat took power in early 2021, is being celebrated by officials from both countries as a recognition of France's status as America's oldest ally.
WASHINGTON STATE・2 HOURS AGO
Reuters

BUCHAREST, Nov 29 (Reuters) - NATO foreign ministers will on Wednesday seek to reassure fragile countries in Russia's neighbourhood that they fear could be destabilised by Russia as the conflict in Ukraine drags on, squeezing energy supplies and pushing up prices.
GEORGIA STATE・2 HOURS AGO
Reuters

DUBAI (Reuters) -Iranian Supreme Leader Ayatollah Ali Khamenei’s niece, a well known rights activist, has called on foreign governments to cut all ties with Tehran over its violent crackdown on popular unrest kindled by the death in police custody of a young woman.
2 DAYS AGO
Reuters

Sweden, Finland and Turkey have made progress on NATO membership, Sweden says

BUCHAREST, Nov 30 (Reuters) - Sweden and Finland have made good progress towards an agreement with Turkey on the Nordic countries' admission to NATO, Swedish Minister for Foreign Affairs Tobias Billstrom said on Wednesday.
1 HOUR AGO
Reuters

Nov 29 (Reuters) - The Group of Seven wealthy democracies (G7) agreed on Tuesday to set up a network to coordinate investigations into war crimes, as part of a push to prosecute suspected atrocities in Ukraine.
16 HOURS AGO