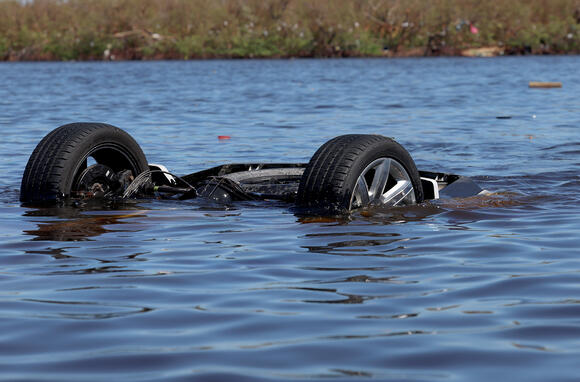 A Fort Myers TV station continued to provide reports on social media and other platforms about the extent of damage from Hurricane Ian — which made landfall as a Cat. 4 storm on a nearby barrier island — even after Ian’s destruction forced it off the air.

WINK-TV , a CBS affiliate owned by Fort Myers Broadcasting Company, was able to broadcast from its studios on Wednesday after power failure and after its studios flooded.

“The station that you rely on is doing all that they can to get back to full power,” news anchor Lois Thome said in a message posted on Facebook on Thursday.

The night before, the station lost power just before 5 PM, as the hurricane was still making its way across the southwest areas of the state. Thome, Chris Cifatte and Matt Devitt, its chief meteorologist, continued to newscast on Facebook for a time.

But Thome said on Facebook that the station’s offices were “not a place we can work right now.”

Reporter Michael Hudak posted video of flood waters entering the facility’s garage and submerging cars there. The staff was evacuated to the second floor shortly thereafter.

Meteorologist Dylan Federico said on Twitter that emergency personnel eventually evacuated the staff from the building early on Thursday morning.

Despite their own harrowing experience with the storm, Deavitt and other WINK reporters continued to provide updates on Thursday and Friday.

Federico wrote on Twitter, “The situation in Fort Myers is terrible. Most without power. No running water. Smells like sewage from pipes overflowing. Also smells like gasoline from boats floating into town during storm surge. Debris everywhere. Uninhabitable.”

He also posted before and after photos of Fort Myers Beach.

On Friday, Michael Hudak and Gail Levy interviewed those who were rescued from Sanibel Island, cut off from the mainland after the main causeway was severely damaged.