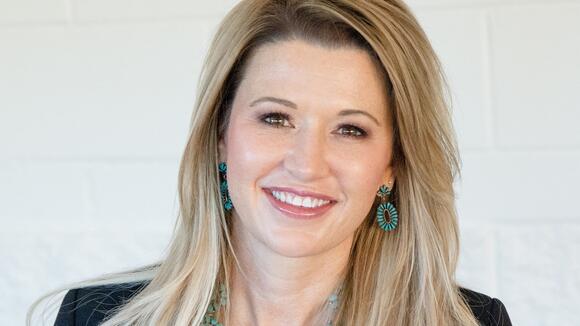 Thirty percent of New Mexico’s land will be blocked off from development by the end of the decade if the administration of Gov. Michelle Lujan Grisham has its way.

The initiative, known as 30x30, is intended to mirror the federal government’s efforts to conserve land across the U.S. and was created in August 2021 via an executive order signed by Lujan Grisham.

The move drew some concern from critics characterizing the goals at the state and federal level as a government “land-grab” that would violate the rights of private landowners.

New Mexico State Forester Laura McCarthy argued activities under conservation programs designed to support the 30x30 goal would be voluntary and respect the rights of landowners and Indigenous groups.

Her comments came during a Thursday hearing before the New Mexico Legislature’s interim Water and Natural Resources Committee and Northern New Mexico College in Espanola, as lawmakers discussed conservation efforts and plans ahead of the upcoming 2023 Legislative Sessions starting in January.

The program was developed with input from a variety of stakeholders, McCarthy said, including private landowners, Indigenous groups and conservation organizations.

Additional public input was expected in October, with the State’s 30x30 committee expected to draft its final report to the administration by end of the year.

“I know the term land grab gets thrown around. That is not real,” McCarthy said. “All conservation activity on private land will continue to occur on a strictly voluntary basis by willing participants.”

She pointed to government management practices like prescribed burns that were credited with starting the Hermits Peak Calf Canyon Fire last spring, which got out of control and burned 300,000 acres in northern New Mexico.

“When you cut off access and deny management of any of those natural resources, there’s dire consequences,” Diamond said. “What scares me is moving forward with a hands-off approach to 30x30. We have saved our natural resources, especially our forests, to death.”

Oriana Sandoval, chief executive officer at the Center for Civic Policy which aided in the stakeholder meetings, said the plan’s development considered issues like environmental racism along with cultural and historic areas.

She said the work would prioritize avoiding creating “sacrifice zones” in communities of color and on Indigenous lands where land uses, and their environmental impacts disproportionately affect minority groups.

“The heart of the conversations and bringing together communities in New Mexico was grounded in the idea that people matter,” Sandoval said. “Land is intrinsically tied to our lives as New Mexicans. Land is much more than thing. Land is family and legacy.”

Conserving land, especially on private land which made up almost half, or 34 million acres, of New Mexico’s total area of about 78 million acres, per a data reported to committee from the University of New Mexico, often takes the form of conservation easements purchased by landowners.

These allow conservation practices to occur on the land while permitting land uses like agriculture to continue.

Rep. Kristina Ortez (D-42) of Taos said these easements can be “cost-prohibitive” for many New Mexicans in low-income rural areas heavily populated by black, Indigenous and people of color (BIPOC) landowners.

She asked if the state could help provide funds to owners to help offset some of the costs of developing the easements or increase its grant funding matches for such activities.

“The greatest opportunity to conserve land in New Mexico is through the private land. It’s just not something we can do very often,” Ortez said. “I think it’s very important to elevate the voices of BIPOC communities.”

McCarthy said a lack of funding should be addressed, potentially by lawmakers, but that providing funds but could run afoul of the state laws barring state agencies from giving money to private businesses.

“I would suggest that the problem and the lack of a funding stream to allow landowners who do not have the financial resources but want to put a conservation easement in place should be identified as a gap in the program,” she said.

“We could have an issue with the anti-donation clause. That would need to be addressed.”

Another potential problem, said Rep. Derrick Lente (D-65) of Sandia Pueblo, was the participation of Indigenous group he said often have an unfavorable view of state and federal government programs based on a history of oppression via control of Tribal lands.

“There is some hesitancy based on the history between Tribes and the federal government,” he said. “I would just hate for this initiative to be one where we want to do all these great things, but when you get frustrated with the lack of participation with Tribal agencies to just do it without them.

“It concerns me greatly.”

Adrian Hedden can be reached at 575-628-5516, achedden@currentargus.com or @AdrianHedden on Twitter.