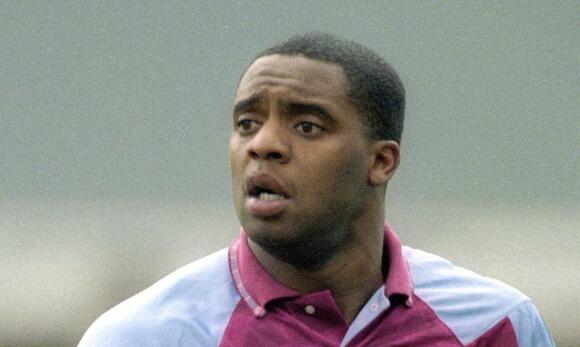 Benjamin Monk, a police officer who used and abused his power to kill the former footballer Dalian Atkinson, is now over a year into an eight-year prison sentence for manslaughter. Yet, for legal reasons, only now – after his fellow arresting officer Mary Ellen Bettley-Smith was cleared of assaulting the former footballer – are we free to comment on the case.

No one who heard about this killing – certainly no one who has, like me and so many others, pulled on a police uniform and endeavoured to serve the public – can ever forget it.

Monk, then an officer with the West Mercia force, Tasered Atkinson for 33 seconds – six times longer than is standard. When Atkinson fell to the ground, Monk kicked him at least twice with such force that his bootlaces left an imprint on his forehead. While doing this, Monk shouted “fucking hit him!” to Bettley-Smith, with whom he was in a relationship at the time. She struck Atkinson three times with a baton.

Eyewitnesses described Monk as “ kicking the shit ” out of the former Aston Villa striker, and kicking his head like a football as he lay motionless on the ground. And when another officer arrived on the scene, he noticed that Monk was resting his foot on Atkinson’s head.

A jury found Monk not guilty of murder last year but convicted him of the alternative charge of unlawful act manslaughter. And with another jury at Birmingham crown court giving their verdict on Bettley-Smith on Wednesday, proceedings on this case have finally ended, six years after Atkinson’s killing.

Despite the delays it’s vital now that there is a public debate – that we consider the true gravity of what happened and what it means for policing. Monk’s conviction was the first time in 35 years that an officer has been found guilty over a death in the line of duty. It’s believed to be the first time ever for a Black victim. In my time as an officer I saw other deaths in police contact cases where, despite seemingly compelling evidence – and in some cases after an unlawful killing verdict at the inquest – there was never any criminal conviction, and often no trial at all.

Some will compare Monk’s actions with those of the Minneapolis officer Derek Chauvin , who took the life of George Floyd. Both officers used sustained and unacceptable levels of force long after their victim posed any risk.

And though racism was not raised as an issue in Monk’s trial, it seems clear that the UK and US police have similar cultures when it comes to the policing of Black communities. In both countries Black men are disproportionately on the receiving end of excessive force that can lead to their death. The Independent Office for Police Conduct is currently investigating allegations surrounding the shooting of unarmed Chris Kaba , in south London this month.

The disparity is shocking: in England and Wales, Black people are five times more likely to have force used on them, and are seven times more likely to be Tasered than white people. White officers often try to justify their actions by the fear they felt. Monk himself told the court that Atkinson “was too big and intimidating … I was no match for him”. This year we saw the horrific death of Oladeji Omishore who, after being repeatedly Tasered on Chelsea Bridge in London, leapt to his death in the River Thames. His family believe the Taser should never have been used.

The use of excess force appears to be even more acute when a Black suspect suffers from mental ill health. Mental ill health was a factor in the cases of Kevin Clarke (an inquest found inappropriate police restraint contributed to his death), Sheku Bayoh , whose death is currently the subject of an independent public inquiry, and Roger Sylvester (an inquest jury’s verdict of unlawful killing was subsequently overturned), among others. Dalian Atkinson had been behaving erratically on the night of his death, leading concerned neighbours to call the police. In cases of this nature the person should be treated more like a patient and less like a criminal, so that officers do their best to de-escalate the situation and are less likely to lose control.

We know what should be happening. Victor Adebowale’s report on the policing of mental health is there for all to see but is just not being adhered to.

As an officer for 30 years, I saw how Black men’s behaviour can be seen as threatening and aggressive by less-informed officers, and how their stereotyping or racial profiling creates a presumption that heavy-handed tactics are the only option.

Many people say it’s the “a few bad apples” scenario. However, I have always asked myself, “What are the good apples doing about it to challenge the excessively violent officers?”

As a sergeant I once had to pull an officer off a Black prisoner in the custody office when it was clear that person no longer posed a threat. On that occasion the officers were correct in restraining this aggressive prisoner on the floor, because he refused to be searched and I feared he had drugs concealed on him. However, one officer continued to put pressure on the person’s back even after the search had taken place, and I had to haul him away to prevent any restrictions to the prisoner’s breathing. In similar incidences involving violent white prisoners I never once encountered officers using this level of force.

On another occasion I had to tell my constables to stand down as I successfully convinced a Black male – clearly suffering from a psychotic episode – that he had to go to hospital in a police van. He’d previously been trussed up like an animal by white officers, with handcuffs and leg ties. As before, I’ve never seen officers treat white suspects like this.

Most officers are reasonable and know how to use their powers within clear boundaries, mainly because they realise what it means to be a public servant – to protect and serve regardless of a person’s postcode, ethnicity, culture or appearances.

Yet it’s clear that even now, insufficient work is being done by Britain’s police leadership to deal with rogue officers. We’ve had enough: this case must mean something. It must be a wake-up call for chiefs to get a grip and deal with the officers before more cases of excessive force, and potentially needless deaths, occur. We have waited a long time to have this discussion, but Dalian Atkinson and his still grieving family deserve no less.

if the government would stop promoting welfare, girls and boys have self respect to not have children out of wedlock, raise children to mind, do as they are told, respect the law sit and shut up in school so you can listen and learn, and be like Nancy Regan "don't do drugs" then we would have a better place to call home

The film and television actor Clarence Gilyard – who was known for supporting roles in the movies Top Gun and Die Hard and for starring in the TV show Walker, Texas Ranger – has died, according to the university where he taught. He was 66. Gilyard reportedly had...
PARADISE, NV・17 HOURS AGO
The Guardian

American stage and screen actor who oozed menace in his many roles as the bad guy, heavy or villain
2 DAYS AGO
The Guardian

Free speech absolutists are like the cocky audience of a spectator sport – they think they could do better than the players, if they were just allowed a crack at it. To them, speech should be as free as possible, period. Nowhere is their oversimplification of the issue more evident than on social media, where abuse and disinformation have created a new frontier of regulation – and with it a cohort of disingenuous free speech warriors.
2 DAYS AGO
The Guardian

Protesters across China have made one thing very clear: after three years of harsh restrictions, many people are tired of their government’s pursuit of an increasingly ineffective zero-Covid strategy. China once celebrated its success in containing outbreaks and keeping its economy running, but it has been slow to adapt to a world of more infective variants and mass vaccination. As life begins to feel increasingly normal in Britain and elsewhere, 49 cities – representing a third of China’s population and two-fifths of its economic output – are in partial or total lockdown.
1 DAY AGO
The Guardian

Will Smith says he “completely understands” if audiences aren’t ready to watch him on screen as he promotes his first film since he slapped Chris Rock on stage at the Oscars, but he hopes his actions won’t “penalise” the film, which is being released in the lead-up to awards season.
1 DAY AGO
The Guardian

Why is the Christian population of England and Wales declining?

England and Wales are now minority Christian countries for the first time since census data collection began, with less than half the population describing themselves as Christian, and a big increase in the proportion of people saying they have no religion. The changes are significant in a country with an...
16 HOURS AGO
The Guardian

Tenant, who is suing landlord in test case, calls on government to back renters in claiming damages
2 DAYS AGO
The Guardian

A 61-year-old Canadian man has been charged in the cold case killings of two women who were found dead in their Toronto homes within months of each other almost four decades ago. The Toronto police chief, James Ramer, said Joseph George Sutherland, of Moosonee, Ontario, was arrested on Thursday and...
TEXAS STATE・1 DAY AGO
The Guardian

Layoffs, low ratings and a lurch closer to the right: is CNN in crisis?

At some time in the next couple weeks CNN will begin to lay off staff, part of a slimming down strategy that is affecting the whole media sector but also a move that has shocked many at one of the household names in US news which now seems to be in crisis as it adjusts to new owners keen to slash costs.
2 DAYS AGO
The Guardian

‘There was one prima donna on Star Trek’: George Takei on William Shatner, love and life as an ‘enemy alien’

George Takei is on a mission. But this time the Star Trek actor is not boldly going where no man has gone before. Now he’s boldly going where too many men went before, to ensure history does not forget them. Takei is about to star in the British production...
TENNESSEE STATE・2 DAYS AGO
The Guardian

This proved a game too far for Iran. As their players took in the significance of the final whistle, many of them falling to the floor, it was impossible not to wonder what was running through their minds. Rarely has a team contested a World Cup facing such an extraordinary set of external pressures and the devastation at falling agonisingly short of a debut in the knockout stage was etched on every face. When the dust has settled they should take huge pride in remaining so competitive but the physical and emotional exertions of recent weeks will have taken a considerable toll.
10 HOURS AGO
The Guardian

A two-day-old baby is killed in an attack on a maternity ward in southern Ukraine. Officials say at least 437 children have died since Russia’s invasion began. More than 800 have been injured. How many kids are permanently traumatised is anybody’s guess. Every day, Vladimir Putin gets away...
2 DAYS AGO
The Guardian

Russia-Ukraine war at a glance: what we know on day 277 of the invasion