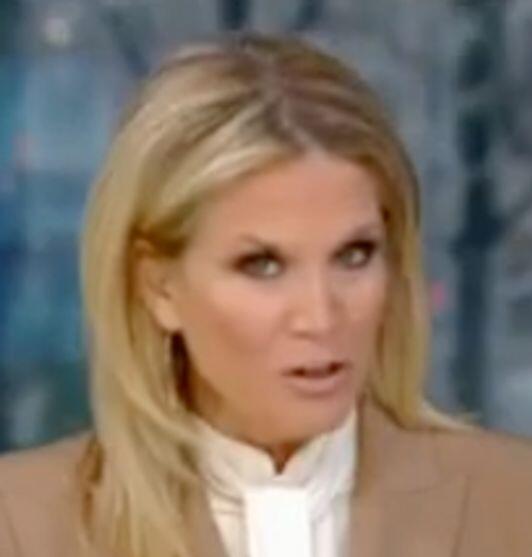 MacCallum and other anchors were discussing Hurricane Ian’s impact in Florida on Wednesday. The Category 4 storm caused waters to surge 6 feet above normal high tide levels in one part of Florida and, as of Wednesday evening, left over 2 million people without power.

MacCullum brought up Hurricane Ian’s impact on Cuba along with Hurricane Fiona’s impact on Puerto Rico before implying the U.S. territory wasn’t part of the country.

Listen to the rest of her comments below:

Twitter users mocked the anchor’s statement on American infrastructure along with her apparent separation of Puerto Rico from the U.S.

Sad ! She is one of the best Reporter on any Channel, Local or National. I have been listening to her for years. Like Anyone She made a mistake. At Least She doesn't lie like many other Reporters both Local and National News.

She was referring to the contiguous US. This is the kind of fake news people are sick of. Leave it to HuffPo to continue to stir the pot of hate and disinformation. Huffpo is nothing but a sensationalist Tabloid with yellow journalism. HuffPo makes the National Enquirer look like a main stream news source.

Right-wing attorney Jenna Ellis, who has a history of anti-LGBTQ bigotry, suggested the victims deserved to suffer in hell.
COLORADO SPRINGS, CO・3 DAYS AGO
HuffPost

Mexican prosecutors are also seeking to get the friend extradited to the country.
CHARLOTTE, NC・1 DAY AGO
HuffPost

Trump has said "over and over ... that he will pardon January 6 defendants when he becomes president again," the U.S. representative tweeted.
NEW JERSEY STATE・11 HOURS AGO
HuffPost

The idea that "any serious candidate for higher public office would meet with him is appalling," the Anti-Defamation League also said.
NEW JERSEY STATE・1 DAY AGO
HuffPost

CNN Analyst Claps Back At Firearms Reporter In Testy Exchange

The exchange between the two came in a week that featured high-profile mass shootings at a Colorado nightclub and at a Walmart in Virginia.
CHESAPEAKE, VA・2 DAYS AGO
HuffPost

The Mar-a-Lago meeting was a visibility boost for Fuentes, a previously fringe fascist who has said "the Jews had better start being nice to people like us."
VIRGINIA STATE・1 DAY AGO
HuffPost

Reid slammed the "simplistic fairytale interpretation" of the holiday and criticized book-banning efforts during her show on Wednesday.
2 DAYS AGO
HuffPost

“They reiterated their support for the community as well as their commitment to fighting back against hate and gun violence,” the White House said.
COLORADO SPRINGS, CO・1 DAY AGO
HuffPost

The former president said he liked his guest, according to The New York Times. Fuentes is a prominent white supremacist.
GEORGIA STATE・4 HOURS AGO
HuffPost

The billionaire was asked about the Florida governor after tweeting that he wants someone "sensible and centrist" in 2024.
FLORIDA STATE・11 HOURS AGO