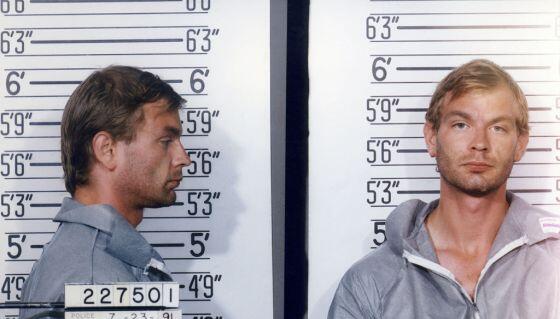 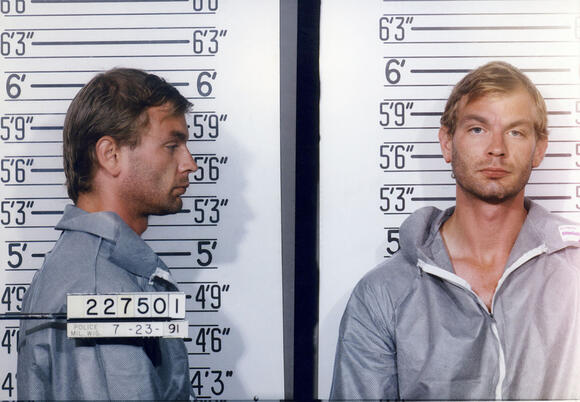 N etflix ‘s “Dahmer” series, which chronicles the horrific crimes of arguably the most well-known serial killer in American history, Jeffrey Dahmer, has been the source of controversy since it aired last week. Some people who say they can’t stomach watching the drama series also appear to believe those who can are insensitive to or amused by trauma, while folks who do choose to watch the series are simply disinterested in being pseudo-psychoanalyzed by those who don’t.

But beyond the debate about viewing the series, there’s the question of the ethics behind making and profiting off of a Dahmer-based series in the first place. And more importantly, was it ethical to for this series to be produced and aired without the living family members of Dahmer’s victims signing off on it or even being notified?

Following the show’s premiere, Eric Perry, cousin of Jeffrey Dahmer victim Errol Lindsey, took to social media to voice his disgust with Netflix and the creative choices in “Dahmer.” In a quote tweet that compares a scene from the Netflix series to the real courtroom footage from Dahmer’s trial, Perry condemned the show, arguing “it’s retraumatizing over and over again, and for what? How many movies/shows/documentaries do we need?”

Perry further pointed to the lack of sensitivity toward the living, many of whom are depicted in the series — without their knowledge, let alone consent. As he explains, because the information is all public record, there was no obligation or requirement for Ryan Murphy Productions to contact those involved in the story, so his “family found out when everyone else did.” Using actual trauma for the sake of entertainment can easily cross the line into exploitation; as Perry states in a tweet, “Recreating my cousin having an emotional breakdown in court in the face of the man who tortured and murdered her brother is WILD.”

This is significant when we talk about the morality (or lack thereof, some will argue) of creating a series like “Dahmer,” or any other series like it when the living victims and their families are left out of the process and not even consulted. It shouldn’t be hard to understand why that comes off like cold, capitalist Hollywood sh-t.

Then again, it could also be argued that we regularly enjoy crime documentaries and series based on true events (mob/gangster movies, sex abuse docs/films/series, police shooting depictions, etc.) without bothering to ask or even think about whether all the victims’ loved ones were notified. It could be argued that serial killer-based programs are an arbitrary place to draw the line.

Still, can you imagine having lost a close family member in such a horrific way and then seeing that relative’s case being dramatized on a massive platform like Netflix? Can you imagine seeing a family member who testified in a case like Dahmer’s being depicted by an actor who resembles and dresses just like them? To say that would be a jarring experience is an obvious understatement.

So, what do y’all think about all this? Are you watching the series and if not, are you judging those who are?

See how Twitter’s reacting to the new series below.

Just curious, did the 30 other documentaries, recreations, and publications contact the families? Highly doubt it, so why choose now?

It was actually very well done. It pays tribute to a lot of the victims families throughout. Underscored characters that in the real life situation were never known or heard about. I felt it was an excellent portrayal of how Dahmer thought as well as the tragedy of pian and suffering he induced .

as we don't know what the production company did or didn't do as far as contact living family relatives. they may have or may not have tried to contact all who knows. but when looking at it they didn't need consent when all documents and anything to do with the case is public records. so anyone could get them and do the same. yes it sucks to be retraumatized by a event like this. but also don't watch it then.

Singer Irene Cara's autopsy has been completed, RadarOnline.com can exclusively reveal, and her body has been released to the funeral home her loved ones selected. The Pinellas County Medical Examiner in Largo, Florida, confirmed the news to RadarOnline.com on Wednesday.At this time, her cause of death has yet to be disclosed to the public. Now that her examination is completed, the report will provide answers once the results come in.The Academy Award-winning actress' publicist, Judith A. Moose, previously announced the news of her passing on November 25, confirming Cara died in her Florida home. "Please share your thoughts and memories...
LARGO, FL・2 DAYS AGO
Deadline

Deadline has confirmed that the NYPD has identified a body found dumped outside a Bronx sheet-metal manufacturing factory Monday as Frank Vallelonga Jr., a sometime actor most notable for his role in 2018’s Green Book. He was 60. In Best Picture Oscar winner Green Book, Vallelonga Jr. portrayed a relative of Viggo Mortensen’s bouncer character Frank “Tony Lip” Vallelonga. Vallelonga Jr. was the real-life son of the bouncer portrayed in the film, who also was an actor best known for playing crime boss Carmine Lupertazzi in The Sopranos. (Vallelonga Sr. died in 2013). According to the NYPD, police responded to a 911...
BRONX, NY・1 DAY AGO
Insider

Country singer Jake Flint dies at age 37 just hours after his wedding. His mourning wife said her 'heart is gone.'

"People aren't meant to feel this much pain," his wife wrote on Facebook after Flint died in his sleep on the night of their ceremony.
OKLAHOMA STATE・2 DAYS AGO
msn.com

Slide 1 of 16: Clarence Gilyard Jr., the partner of Chuck Norris in 'Walker, Texas Ranger,' passed away at the age of 66. The movie and TV star worked as an acting professor in his last years, building on his vast experiences in Hollywood. Hollywood and academia say goodbye to...
TEXAS STATE・2 DAYS AGO
Distractify

Dolly Parton Usually Wears Wigs — What Does Her Real Hair Look Like?

Few celebrities have endeared themselves more thoroughly to the public in recent years than Dolly Parton. She always seems to have a positive, chipper attitude, and she has done genuinely important charity work for decades now. Even as Dolly has continued to earn the reputation she has, though, many have also wondered about her real hair, which is usually hidden beneath a voluminous wig.
TENNESSEE STATE・22 HOURS AGO
Outsider.com

Is Casey Anthony telling the truth in her new Peacock docu-series 'Casey Anthony: Where the Truth Lies'? Body language experts analyze Casey's testimony and reveal the truth behind her words.
FLORIDA STATE・1 DAY AGO
Cassius

It’s hard to describe Pam Grier without using the adjective legendary. Trevor Noah gave the actress her props on 'The Daily Show,' saying that her career set the tone for future female action heroes.
1 DAY AGO
Insider

"This jury deadlock is a victory for Danny Masterson even if it falls short of an acquittal," defense attorney Joshua Ritter told Insider.
26 MINUTES AGO
Cassius

Angela Bassett felt the same way as fans about THAT moment.
16 DAYS AGO
Cassius

Strange Word is one of those rare Disney films that checks all boxes flawlessly regarding inclusion and representation.
9 DAYS AGO
Cassius

A new trailer for Will Smith’s "Emancipation" is here.
LOUISIANA STATE・14 DAYS AGO
Cassius

Natasha Rothwell made a name for herself in HBO’s groundbreaking series Insecure and expanded on that newfound recognition with a critically acclaimed role in The White Lotus.
KANSAS STATE・11 DAYS AGO
Cassius

Dave Chappelle’s Saturday Night Live hosting isn’t going off without a hitch. Staffers at 30 Rockefeller were reportedly upset about Chappelle getting to host SNL, says PageSix, and may retaliate by boycotting the show. However, according to TMZ, Chappelle’s camp says the news is entirely false. TMZ says there’s been no talk of a boycott, and […]
21 DAYS AGO
Cassius

'The Best Man: The Final Chapters' new trailer gives us a better look at the eight-episode limited series.
2 DAYS AGO
BuzzFeed

"Everyone Sugar-Coated Everything": Parents Are Sharing The Lies They Were Told About Having Kids, And It Is Eye-Opening

"Let's normalize hating being pregnant but still loving your baby."
10 MINUTES AGO
Cassius

Will this be Nick Cannon's last child?
20 DAYS AGO