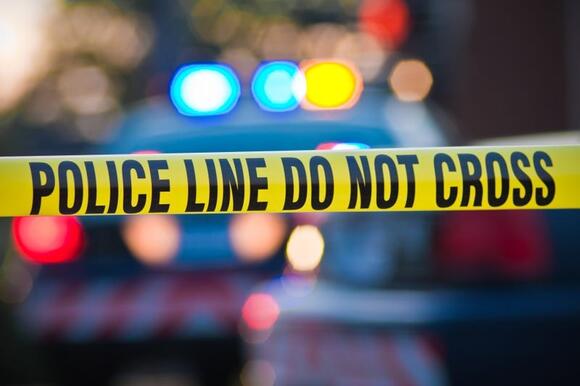 A Grapevine woman has been identified as the victim struck and killed by a car in Southlake over the weekend. Investigators say Patricia Cave was hit by a car on Highway 114. She had major injuries when found and died at Baylor Scott & White. Police talked to the driver and have decided no charges are warranted at this time.

Police are still investigating a fatal motorcycle crash in Haslet over the weekend. Late Saturday night, a rider lost control and smashed into a power pole on Avondale Haslet Road just east of Highway 287. Police found the man gravely injured and he was taken to the hospital -- but there was nothing they could do. Investigators have not determined why the rider crashed.

A toddler has been killed in a two-vehicle crash in Bedford over the weekend. Police report a pick-up slammed into the rear end of a car on Highway 121 near the Cheek Sparger exit. The back of the car was smashed in and two children were taken to the hospital. One of them -- a two-year-old named Avyanna Caro -- died at Baylor Scott & White in Grapevine. The condition of the other child has not been released. The driver of the pick-up was arrested but the specific charges have not been made public.

Police are still hunting for two hit-and-run drivers who left a man to die in Dallas over the weekend. Saturday morning, the victim was struck on Fort Worth Avenue near Westmoreland in North Oak Cliff. Police learned the man was walking along the side of the road when he was struck from behind and knocked into the center lane. No one got a description of that vehicle which just kept going west on Fort Worth Avenue. Then, while the victim was down in the middle lane, he was hit again -- this time by a red Chevy Cruze which also failed to stop. Dallas police and paramedics found the man already dead.

LISTEN on the Audacy App

A Haltom City man is dead and a woman is in the hospital because of Sunday’s fire at a home on Rita Lane near Denton Highway and Broadway. The home was blazing when fire crews arrived to find two people still inside
3 HOURS AGO
KRLD News Radio

There’s a huge mess to clean up at a Parker County home where a two-alarm fire broke out over the weekend. Late Saturday night, firefighters from Parker County Emergency Service District #1 were called to house on fire on Torri Court a
4 HOURS AGO
KRLD News Radio

Driver killed in Richardson crash while fleeing from Garland Police

Richardson Police responded to a crash in the intersection of Centennial Blvd. and S. Greenville Ave. involving a sedan that was fleeing from Garland Police.
4 DAYS AGO
KRLD News Radio

At least one person has died in a small plane crash near the Cleburne Regional Airport Sunday night. The single-engine Cessna crashed shortly after taking off just past 10 p.m. Sunday.
2 HOURS AGO
KRLD News Radio

More than a week after a deadly hit-and-run on Thanksgiving night in Denton, police have now captured the man they’ve been hunting for. Using pieces of the car broken off at the scene,
3 DAYS AGO
KRLD News Radio

A big rig passenger is in the hospital with serious injuries from Thursday’s crash into a bridge support pillar in northwest Dallas. The semi smashed into the pillar on northbound I-35 beneath one of the 635 flyover ramps
3 DAYS AGO
KRLD News Radio

A Dallas police officer is in the hospital following an off-duty crash Wednesday. The officer was riding his personal motorcycle on Highway 10 in Euless.
4 DAYS AGO
KRLD News Radio

One killed, one wounded in Fort Worth shooting; suspected gunman is jailed

One person is dead in Fort Worth and the accused killer is locked up – but only after a high speed chase Wednesday. Two shooting victims were found in a field on East Roberts near South Riverside in southeast Fort Worth.
4 DAYS AGO
KRLD News Radio

Jurors are expected to hear opening arguments Monday morning in the murder trial of former Fort Worth police officer Aaron Dean, who is accused in the deadly 2019 shooting of Atatiana Jefferson.
2 HOURS AGO
KRLD News Radio

Dallas police have identified the man they’ve jailed in the Family Dollar shooting that left a man dead this week. Kevin Jackson is accused of shooting a man at the store on South Lancaster Road in Oak Cliff Tuesday night.
4 DAYS AGO
KRLD News Radio

Denton police are asking for help finding a driver who killed a pedestrian on Thanksgiving in a hit-and-run. It happened around 9:00 p.m. on westbound University, near Bell Avenue.
6 DAYS AGO
KRLD News Radio

Hunter falls from tree near Trophy Club, taken to hospital by air ambulance

n injured deer hunter is in the hospital after being found and transported from Trophy Club Tuesday. Trophy Club police and fire got a call saying the hunter had fallen from a tree
5 DAYS AGO
KRLD News Radio

Man shot in Fort Worth over "purchase of an item," gunman still on the loose

A gunman is still on the run after shooting a man in southwest Fort Worth Monday night. Police got calls about 6 p.m. saying a man had been shot several times at a home on Fox Run Drive
6 DAYS AGO
KRLD News Radio

An under-demolition apartment building in Dallas is a smoky, soggy mess from last night’s three-alarm fire near Reverchon Park in Turtle Creek. Fire crew got the call a little before 11 p.m. and rolled to a three-floor building on Turtle Creek
4 DAYS AGO
KRLD News Radio

One teen wounded during fight in Arlington, second teen was arrested

The Monday afternoon shooting was on North Cooper within a mile of Butler Elementary, Lamar High School and Turning Point alternative. All three were put under what is described as a “shelter protocol”
6 DAYS AGO