What you need to know about FC Cincinnati's friendly vs. Chivas Guadalajara 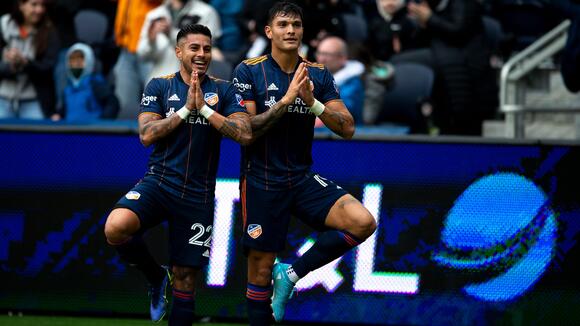 When FC Cincinnati's friendly against Chivas Guadalajara was announced this summer, concerns arose.

FC Cincinnati was already playing well and figured to be competing in meaningful matches come September. And with the visit from the century-old Mexican powerhouse falling in between west coast road trips to Real Salt Lake and Seattle Sounders on Sept. 27, there was justifiable apprehension in some corners about the usefulness of the match.

Now that the game arrives Wednesday at TQL Stadium (7 p.m.), and with the Real Salt Lake match already in the win column, the visit from Chivas as part of the Leagues Cup showcase isn't being welcomed by FC Cincinnati.

"I think the timing of it and where it fits in with our group actually is beneficial to our group," FC Cincinnati head coach Pat Noonan said during a Tuesday news conference at the club's Mercy Health Training Center in Milford. "With the ability for us having just played a few days ago in Salt Lake to have a group of healthy bodies to allow us the opportunity for rotation but also for a chance after this game to have a the right recovery leading up to Seattle. You use it as a good opportunity to push guys' minutes but also for guys that might have played the bulk of the minutes in Salt Lake a chance to use this as their heavy push for minutes in the middle of the week, if that makes sense.

"I think it's a well-timed game four our group in preparation for Seattle."

Here's what you need to know about FC Cincinnati's midweek friendly, which serves as part of a preview of a competition that will be introduced next season: