Stimulus Update: Why the U.S. Is One of the Worst Developed Countries to Raise a Child In

By Dana George
The Motley Fool
26 days ago 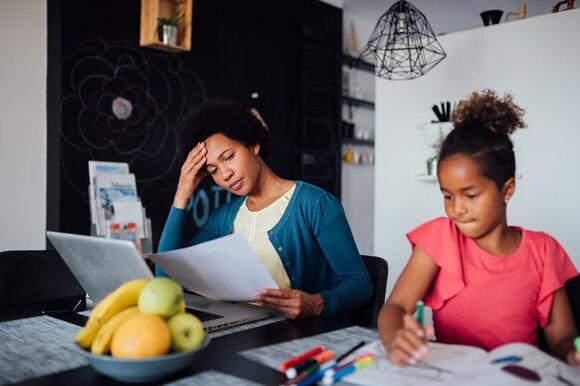 Granted, hopes for the renewal of the expanded Child Tax Credit are not dead. Whether it's President Biden's version, Sen. Mitt Romney's version, a compromise of the two, or nothing at all -- it's still very much up in the air. Chances are, we'll have to wait until after the midterm elections to see.

In the meantime, it's interesting to note how other industrialized countries use tax dollars to ensure that children have their basic material needs met.

Last year, six months' worth of expanded Child Tax Credit payments lifted an estimated 3.7 million American children out of poverty. Families had more money in the bank to provide for their children's basic needs. But on Jan. 1, 2022, those families were once again left to their own devices as Republicans in Congress refused to extend monthly Child Tax Credit payments.

According to a new study from Columbia University, the monthly child poverty rate jumped from 12.1% in Dec. 2021 to 17% in Jan. 2022 when Child Tax Credit payments ended. The study shows that all those children living in poverty before the expanded Child Tax Credit slipped right back in.

Taking care of the kids

And it's not just the lack of Child Tax Credit payments impacting families. It's downright expensive to raise a child in the U.S. , made worse by the lack of paid parental leave and the high cost of daycare. Plus, the U.S. is the only industrialized country without universal healthcare.

Compared to other nations, the U.S. does not come close to providing for children like other countries do. For example, according to the Organization for Economic Cooperation and Development, and Elizabeth Davis and Aaron Sojourner for the Hamilton Project, the annual public spending per child on early childhood care in the U.S. is $500. In contrast:

What other countries show is that it's possible to prioritize families. As the federal budget is debated, supporting children can become a priority. Here's a sample of what other countries do. Keep in mind that this is only part of what these countries provide.

Parental leave in Canada can stretch to 78 weeks after giving birth or adopting. In addition, families receive $569 per month for each eligible child under the age of 6 and $480 per month for kids aged 6 to 17.

Danish families receive $673 each quarter for every child under 18. Plus, new moms get a guaranteed 52 weeks of leave following the birth or adoption of a new child.

New mothers receive full pay for 44 weeks after giving birth. If they opt to take 54 weeks off, they receive 80% of their income. To encourage fathers to get involved, Norwegian dads must take at least six weeks of parental leave or risk losing six weeks of family payments. Once a child is born, a couple receives $123 per month until the child is 18. If a single parent raises the child, the amount is doubled to $246 per month. Finally, daycare is available for up to 10 hours per day, and the maximum fee is capped at $290 per month.

Swedish families receive $136 per child. Once giving birth, parents get 480 days of paid parental leave. The government guarantees 240 days of paid leave each when there are two parents.

Many governments worldwide offer child-related subsidies. However, these countries stand out for providing citizens with allowances that can be used for anything, from paying for soccer camps to investing for future goals . Excluding the countries already mentioned, here are some of the other nations providing income to families with children:

Each country has devised a different way of determining which households receive a full monthly payment. For some, it's income based. For others, everyone receives the same amount.

There's no doubt that the U.S. is a great nation. The question is whether it will use that greatness to come up with a plan of its own that will benefit parents and children.

If you're using the wrong credit or debit card, it could be costing you serious money. Our expert loves this top pick , which features a 0% intro APR until nearly 2024, an insane cash back rate of up to 5%, and all somehow for no annual fee.

In fact, this card is so good that our expert even uses it personally. Click here to read our full review for free and apply in just 2 minutes.

Inflation spurred by the pandemic has prompted a need for big checks.
BUSINESS・1 DAY AGO
The Motley Fool

SNAP Payments to Increase 12.5% in October. Max Benefit for Family of Four Now $939

Food benefits are increasing to match the higher cost of living. The 2023 SNAP food benefit increase takes effect on Oct. 1, 2022. The maximum SNAP benefit for a family of four will increase by $104 in most of the country. Double up schemes and cash back apps may help...
HEALTH・2 DAYS AGO
The Motley Fool

1 Social Security Change Joe Biden Wants That Most Retirees Should Want, Too

Whether or not this proposal is enacted anytime soon is a different story altogether.
INCOME TAX・1 DAY AGO
The Motley Fool

Retirees May See a 14% Social Security Boost in Just 2 Years, but Is It Enough?

After a big cost-of-living adjustment for 2022, Social Security retirees are expecting another big increase for next year.
BUSINESS・2 DAYS AGO

The average monthly Social Security check next year will depend on the type of benefit and the inflation rate in September.
BUSINESS・5 HOURS AGO
The Motley Fool

Got This Medicare Notice In the Mail? Make Sure to Pay Attention

You don't want to write it off as junk mail.
RECIPES・1 DAY AGO
The Motley Fool

$10,000 Invested in These Growth Stocks Could Make You a Fortune Over the Next 10 Years

Down 54% to 80% in 2022, these stocks offer multi-bagger potential over the next decade.
STOCKS・1 DAY AGO
The Motley Fool

Social Security: 3 Pieces of Good News for Seniors in 2023

Here's something to look forward to.
BUSINESS・6 HOURS AGO

Can you afford to limit your income for the rest of your life?
PERSONAL FINANCE・2 DAYS AGO
The Motley Fool

Why This Stock's 2.7% Dividend Yield Could Be the Safest on Wall Street

It's a Dividend King with a long reign still ahead.
STOCKS・1 DAY AGO
The Guardian

If the Russian president has finally started listening to his military chief, you can bet he’ll soon target all those poorly protected internet cables at the bottom of the sea
POLITICS・27 MINUTES AGO
The Motley Fool

3 Growth Stocks That Could Double Your Money, According to Wall Street

Price targets on these stocks are miles above their present market values.
STOCKS・2 DAYS AGO

Sept 21 (Reuters) - President Vladimir Putin on Wednesday ordered Russia's first mobilisation since World War Two and backed a plan to annex swathes of Ukraine, warning the West he was not bluffing when he said he would be ready to use nuclear weapons to defend Russia. read more.
POLITICS・30 MINUTES AGO
The Motley Fool

If You Make $60,000 in Average Annual Income, Here's How Much You Can Claim in Social Security if You Retire at Age 62

It can be a helpful exercise to calculate your Social Security benefits in a variety of scenarios.
INCOME TAX・1 DAY AGO
The Motley Fool

Why I'm Not Counting on Social Security, and Neither Should You

You're better served by taking matters into your own hands, doing whatever it takes to not rely on the wobbly government program.
BUSINESS・1 HOUR AGO
The Motley Fool

A small percentage of seniors should brace for what could be an unpleasant surprise.
BUSINESS・4 HOURS AGO
The Motley Fool

The Bank of England Just Saved the Stock Market

The strong day for the market had nothing to do with the Federal Reserve's policy outlook. There have recently been a lot of issues in the foreign exchange markets. On Wednesday, the Bank of England moved to shore up the British pound sterling. You’re reading a free article with opinions...
STOCKS・2 DAYS AGO
The Guardian

‘You haven’t been in the office this week. Why?” The worker in question hadn’t expected such an email from his boss. Based in Asia but working for a large US media organisation, he had been on an overseas work trip, and his failure to swipe his pass at the building’s turnstiles while he was away had triggered an alert.
ECONOMY・27 MINUTES AGO
The Motley Fool

The Grim Reality of Social Security's Record "Raise" in 2023

In just 12 days, Social Security's cost-of-living adjustment (COLA) for 2023 will be announced. On a nominal-dollar basis, next year's increase to Social Security checks will be the largest on record. However, Social Security's COLA is set to disappoint in two key ways. You’re reading a free article with opinions...
BUSINESS・7 HOURS AGO
The Motley Fool

Retired workers and their spouses will almost certainly get a much bigger Social Security check next year.
BUSINESS・4 HOURS AGO