What Netflix and Disney+ Can Learn From Free Ad-Supported Television

By Cheddar
Cheddar News
25 days ago 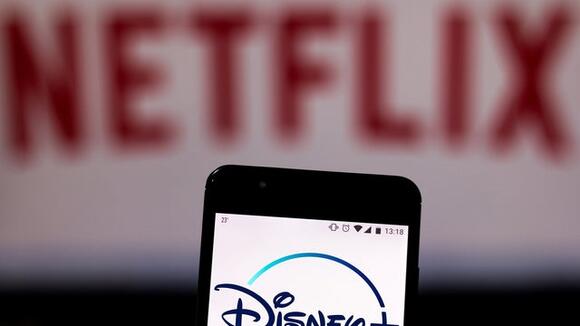 While questions are swirling around whether or not customers will subscribe to upcoming ad-supported versions of Netflix and Disney+, many services have already proven viewers are willing to watch advertising on streaming content.

"Advertising is nothing new," said Sang Kim, the senior vice president of Samsung Electronics America. "It's been around for a very long time since TV was around, right? And I think for the advertising, the technology for streaming is actually making advertising more interesting."

Since 2015, Samsung TV Plus has been offering free ad-supported television — known as FAST — to its device owners and on the web. The company recently relaunched the product to include more than 220 channels in the U.S., and a total of 1,600 channels in 24 different countries. Viewership continues to grow, with the company observing 100 percent growth in viewership over the past 12 months. Customers watched 3 billion hours globally.

"We're at — distributed — over 465 million devices worldwide," he said. "So I think the FAST is here, and it hasn't reached a critical mass. I think there's a lot more headroom, but I think it's here to stay."

Advertisers are also taking note. According to Insider, about $20 billion was spent annually on streaming advertising.

"FAST or CTV as a whole — the ability to advertise on a connected device — gives the advertiser and the programmer access to anonymized viewership data that they haven't had in the past," he explained.

In the past, brands had to buy a daypart — the name for a block of hours during the day — or a certain demographic, like adults 18 to 49 years old. Streaming TV allows for more customization.

"That's why maybe commercials have been sort of invasive to the experience in the past because everybody's receiving the same message," Adlman said. "When it comes to streaming and CTV and connected devices, there's anonymized data that an advertiser can use to target a household. So if I'm selling a car, let me make sure I'm delivering the car message to a household that either has a lease that's coming up to expire or a registration that's coming up to expire."

Still, the number of subscribers who are willing to switch to the ad-supported version varies widely. Streaming insights company Antenna reports about 12 percent of HBO Max's viewers watch with ads, compared to around 58 percent of Hulu's customers.

Not to mention there's so much more competition out there.

"It's getting a little bit crowded right now," Insider's Benes said. "There are so many streaming services that it's tough to stand out with consumers. So just retaining consumers, especially with a high level of inflation, is probably the toughest thing."

Samsung has also noticed the crunch, even though their product comes free.
That also means making sure advertising isn't intrusive, by playing with the number of ads that show up otherwise known as the ad load, especially if viewers start tuning out.

"There's so much choices, and so many content that's sitting out there," Samsung Electronic America's Kim said. "So for us, the landscape has changed where discovery becomes really the main challenge for us to put the right content at the right time."

The hope is that many customers will understand that advertising is the price they have to pay for streaming content, especially if companies can find a way to enhance the experience.

"I don't know if the average consumer can afford to pay multiple subscriptions at the price that they're currently at, to have that many different access points to content," AMC Network's Adlman said. "So at some point, advertising has to play a role."

How AMC Networks Can Keep Pace Amid Streaming Shift

Evan Adlman, the SVP of advanced advertising and digital partnerships at AMC Networks, joined Cheddar News to discuss how the television network can keep up in the crowded streaming space. "I think it's inherent to the industry. Everybody is seeing the same shift from time-based viewing to binge-watching," he noted.
TV & VIDEOS・19 DAYS AGO
Cheddar News

Can the milk that people drink help save the planet? Agritech startup Neutral Foods says it can. The company recently raised $12 million in a new funding round led by Bill Gates' Breakthrough Energy Ventures. Other past notable investors in the company include Mark Cuban, Lebron James, and John Legend. Neutral Foods offers carbon neutral dairy products nationwide and also works with farmers to help them reduce the carbon footprints of their dairy products. The startup says it hopes it can radically reduce the carbon footprint of agriculture, for good. Marcus Lovell Smith, CEO of Neutral Foods, joins Cheddar News' Closing Bell to discuss.
AGRICULTURE・18 DAYS AGO
Cheddar News

Gene Del Vecchio, an entertainment Consultant, adjunct professor of marketing at the USC Marshall School of Business, and author of "Creating Blockbusters," joined Cheddar News to discuss the state of the theater industry in the aftermath of Cineworld filing for Chapter 11 bankruptcy.
MOVIES・20 DAYS AGO
BGR.com

Every new device Amazon announced at its fall 2022 event

Amazon hosted its annual fall event on Wednesday to announce a range of new devices. The live stream was only available to select members of the press, but if you are looking for a full roundup of all of the big reveals, we’ve got you covered. Amazon’s 2022 fall...
ELECTRONICS・8 MINUTES AGO

Internal Meta documents show that TikTok copycat Instagram Reels’ users make up less than 10 percent of the time spent on TikTok. Cheddar News breaks down the rest of the report comparing the two short-form content platforms
BEHIND VIRAL VIDEOS・13 DAYS AGO
Cheddar News

X-ray CT technology developer, Lumafield, recently raised $35 million in a Series B round led by Spark Capital. Lumafield says it has developed the the world's first accessible x-ray CT scanner for engineers. The startup says the scanners and its cloud-based software can help companies solve tough engineering challenges at every stage of the product development process. Scott Johnston, co-founder and head of engineering at Lumafield, joins Cheddar News' Closing Bell to discuss.
BUSINESS・15 DAYS AGO
Cheddar News

Predicting what the big announcements will be for Apple's 'Far Out' event with technology and lifestyle expert Stephanie Humphrey. Watch!
BUSINESS・21 DAYS AGO
Cheddar News

Apps Without Code is an online school that looks to teach users how to build apps while having little to no technical experience. Tara Reed, the founder and CEO, joined Cheddar News to discuss the company’s offerings. “Typically, if you want to build an app, you need to understand computer science, computer language, computer code, and there are now all kinds of software that mean that you don't need to know that," she said. "So what it means is you can build the app by drag, drop, point click like you're making a PowerPoint presentation and then you tell the app what to do in English."
CODING & PROGRAMMING・16 DAYS AGO

The D’Amelio family has taken the world by storm after their tremendous success on TikTok, and they're also in the second season of their reality show on Hulu “The D’Amelio Show.” Marc D’Amelio co-founder and CEO of D’Amelio Brands, joined Cheddar News to talk about series, the brands, and his wife Heidi and daughter Charli’s announcement that they'll be competing on Dancing With the Stars. “We're using this initial investment to kind of go down that road and find out where the spaces we want to get into, what the, what the girls and my wife really, really love," he said, describing the direction of footwear and skincare products.
BEAUTY & FASHION・19 DAYS AGO
Cheddar News

Actor, musician, producer and entrepreneur Ray J is rolling out his latest project, “Raycon,” a brand that includes wireless speakers, earbuds and headphones. Ray J joined Cheddar News to discuss his career and newest venture into the digital audio space. “We're scaling rapidly and I think we're … we separate ourselves from everybody else in the ear bud business because we have the best prices, the best colors, the best style, the best fit for half the price,” he said.
CELEBRITIES・14 DAYS AGO
Cheddar News

Employee-focused stock options funding solution, Equitybee provides employees of other startups with the funding they need to exercise their stock options. The company offers a network of accredited investors that provide the capital to startup employees for them to become shareholders. Equitybee says it hopes its services can empower startup employees to participate in the success of the companies they helped build. Oren Barzilai, founder & CEO of Equitybee, joined Cheddar News' Closing Bell to discuss.
BUSINESS・18 DAYS AGO
Cheddar News

With a 20% rise in ticket prices from 2019, live events appear to be back in full swing. Jack Groetzinger, CEO and co-founder at SeatGeek, joined Cheddar News to discuss the supply and demand for live events. “Now that there's a lot of clarity that concerts are back and fans are going to as many shows as possible, I think next year is gonna be a historic year for the industry,” he said.
ENTERTAINMENT・19 DAYS AGO
Cheddar News

Whistleblower Peiter Zatko took the stand today before a Senate committee to discuss his allegations against Twitter. Dan Ives, managing director of equity research at Wedbush Securities joined Cheddar News to discuss the security issues that he said were front and center at the hearing. “I think it's a pandora's box for Twitter and I think that's really going to be the ultimate poker game,” he said.
CONGRESS & COURTS・14 DAYS AGO
Cheddar News

Why Shapewear Giant Shapermint Is Moving Into Brick and Mortar Stores

Online shapewear marketplace Shapermint is bringing its products to brick-and-mortar stores – like Belk and Nordstrom – when many retailers reverse course. Shapermint co-founder Massimiliano Tirocchi joined Cheddar News to explain the move and to give his outlook on the industry.
ECONOMY・18 DAYS AGO
Cheddar News

Software company Sprinklr, which works with some of the world's biggest brands in business, saw shares jump after posting strong quarterly earnings. Ragy Thomas, CEO and founder of Sprinklr joined Cheddar News to talk about the recent quarter. “Everyone's looking to digitally transform their front office or customer-facing functions to provide better customer experience and that's where we play,” he said.
MARKETS・18 DAYS AGO
Cheddar News

Thousands of railroad workers could strike before the end of this week, causing a potentially massive disruption to the U.S. supply chain. Last week, two of the country's largest rail unions failed to agree on a new contract with rail carriers, after asking for more quality of life provisions covering attendance policies, as well as vacation and sick days. Negotiations between railroads and unions were expected to continue today. Unions have until a minute after midnight on Friday to reach tentative deals, or workers will strike. Suketu Gandhi, partner at Kearney, joins Cheddar News' Closing Bell to discuss.
TRAFFIC・14 DAYS AGO
Cheddar News

Mar-A-Lago Affidavit Could Be Released

The latest in the Mar-A-Lago fallout.
LAW・21 DAYS AGO
Cheddar News

'Yeet' and Other Slang Words Added to Merriam-Webster Dictionary

The term "yeet," a noun defined as an expression of surprise approval or a verb meaning to throw something with force without regard for the thing, has been added to the Merrian-Webster dictionary along with a slew of other slang words. Other additions include “cringe”, “janky”, “sus”, “baller”, “lewk”, and “pwn”.
16 DAYS AGO
Cheddar News

Catching you up on today’s top entertainment headlines with Florence Pugh and Chris Pine not attending the “Don’t Worry Darling” New York City premiere, trailer releasing for “My Policeman” and “Knives Out 2”, Julia Roberts says that we didn’t properly appreciate the 90s rom-com boom and more.
MOVIES・20 DAYS AGO