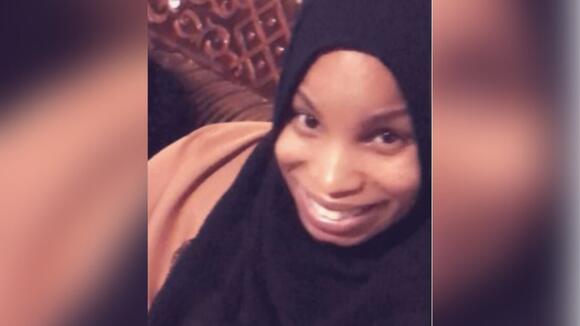 PORTLAND, Ore. (KOIN) — A social justice group bailed a man accused of domestic violence charges against his ex-girlfriend out of jail, only for him to be charged with her murder a week later.

Mohamed Adan, 33, is accused of murdering 36-year-old Rachael Angel Abraham , the mother of his children, after a group of activists bailed him out. Officials determined her cause of death as homicide by strangulation.

KOIN 6 News has learned that the Multnomah County District Attorney’s Office is asking the Portland Freedom Fund, which bailed the suspect out of jail twice, for the remaining $18,000 in bail.

In a statement to KOIN 6, Portland Freedom Fund said “the court had deemed (Adan) eligible for bail release and he was referred to us as a financial provider for two small children with a letter of community support. Along with support he was receiving from the community, we were in contact with Mr. Adan throughout the time between his release and re-arrest and did not receive any indications for concern.”

Abraham’s neighbor, Mohamed Mohamed says he feels bad after learning what happened to the woman he’d known for years. He’s also frustrated because he feels like the system failed her.

“I feel like they failed her at some point, they should have seen what kind of man he was,” he said. ‘I feel this would have been different if people didn’t ignore the situation.”

According to court documents from the June incident, Abraham reported Adan “punched her in the head two times while she was laying on the couch in the living room.” She believed Adan was intoxicated when he assaulted her. Documents also say there was one point during the altercation where Adan drug Abraham to the ground and “I’m going to put you to sleep” while kneeling on her throat,” before threatening to kill her.

The D.A.’s office says getting the rest of Adan’s bail from the Portland Freedom Fund won’t require a civil action, just a judge to agree with their motion.

“The law is permissive such that the court could choose to ask for the full sum of the bail, or not. By bailing out a suspect as a third party, you make yourself subject to this possibility,” Elisabeth Shepard from the D.A.’s office said. “We have asked that PFF pay the full bail sum, the remainder of which is $18k. It will not require a civil action, just for a judge to agree with our motion. I am not sure when that will take place at this time.”

Gubernatorial candidate Betsy Johnson said the suspect “wouldn’t have been on the streets if he hadn’t been bailed out by a far-left organization that wants to abolish the police.”

“He tried to kill the mother of his children once and then succeeded because left-wing extremists served as his accomplices,” she said.

Tina Kotek’s campaign told KOIN 6 News that “Mr. Adan was an ongoing threat and should’ve remained behind bars at least until his trial. As Governor, Tina would welcome proposals to prevent similar tragedies from occurring in the future.”

Republican candidate Christine Drazen said that the “murder of Racheal Angel Abraham was entirely preventable. The district attorney, the court, and the police all agreed her murderer should not be on the street, but a left-wing interest group chose to bail him out anyway. Rachael should be alive today. Instead, she died a violent death because radical activists let political agendas get in the way of what is best for public safety.”

KOIN 6 reached out to multiple Oregon lawmakers to see if they want to change the laws on how bail works and didn’t hear back.

Portlands Freedom Fund determined he was safe? Guess they didn’t speak to the victim or neighbor! Honestly, Trujillo, or whoever is in charge at the disgusting place, should be arrested!

I hope the Freedom Fund is sued on behalf of her children who are now motherless! Disgusting organization.

THINK!?? This (freedom fund) isfunded by the Portland Mercury,Willamette week, an Oregonian!!The only way to STOP this is to hurtthem where the live, in the pocket book!Stop buying and cancel subscriptions this MEDIA !

More than 11 years ago, Leonard James Irving was shot to death in Northeast Portland, leaving behind 3 young children. Until Wednesday, no one had been arrested in connection with his death.
PORTLAND, OR・7 HOURS AGO
KOIN 6 News

One dead, one arrested after fight in Clark County motel room: CCSO

PORTLAND, Ore. (KOIN) — A homicide investigation is underway after a man was declared dead following an altercation in a Clark County motel room, officials said. According to the Clark County Sheriff’s Office, they received a 911 call Friday night about a disturbance in a room at the Sunnyside Motel on Northeast Highway 99. When […]
CLARK COUNTY, WA・6 HOURS AGO
KOIN 6 News

A local business owner is breathing a sigh of relief tonight after he says his stolen RV was recovered.
PORTLAND, OR・22 HOURS AGO
KOIN 6 News

Hundreds of protesters, outraged over the death of Tyre Nichols in Memphis, took to the streets of Portland Friday night hours after body cam and surveillance footage was released by investigators.
PORTLAND, OR・19 HOURS AGO
KOIN 6 News

A man arrested for moving over two kilograms of rainbow-colored fentanyl, other narcotics and multiple guns between two Portland motels, is now facing federal charges after he was arrested on Tuesday, the U.S. District Attorney's Office announced.
PORTLAND, OR・2 DAYS AGO
KOIN 6 News

A Jefferson man was arrested on Jan. 26 for allegedly shooting his neighbor’s dog to death five months ago.
MARION COUNTY, OR・1 DAY AGO
KOIN 6 News

Portland police identified the victim of last week's fatal shooting in the Montavilla neighborhood on Wednesday.
PORTLAND, OR・3 DAYS AGO
KOIN 6 News

One found dead inside vehicle after North Portland shooting

One person was found dead inside a vehicle after officers responded to reports of shots fired in Portland's Arbor Lodge neighborhood early Thursday morning, Portland Police confirmed to KOIN 6.
PORTLAND, OR・2 DAYS AGO
KOIN 6 News

A woman attempting to fuel up her car in Hillsboro nearly three years ago was awarded $1 million by a jury this week after she alleged a gas station worker discriminated against her.
HILLSBORO, OR・2 DAYS AGO
KOIN 6 News

Businesses are fed up with crime and vandalism in Woodstock and taking matters into their own hands.
PORTLAND, OR・2 DAYS AGO
KOIN 6 News

The 21+ Tobacco and Vapor Retail Association of Oregon filed a lawsuit against Multnomah County for banning flavored tobacco and vaping products containing nicotine.
PORTLAND, OR・2 DAYS AGO
KOIN 6 News

The Yamhill-based grass seed marketing and distribution company Ground Zero Seeds International pleaded guilty in federal court on Jan. 24 to a scheme that sought to defraud a Washington-based company and its former subsidiary by giving a sole employee kickbacks in exchange for repeat business.
YAMHILL, OR・2 DAYS AGO
KOIN 6 News

An unknown number of people burglarized Mike Bennett’s new art studio in Northeast Portland earlier this week, the celebrated local artist announced on Facebook. In the social media post, Bennett said that some of the stolen items were irreplaceable keepsakes.
PORTLAND, OR・2 DAYS AGO
KOIN 6 News

One of downtown Portland’s worst eyesores, O’Bryant Square at Southwest Park Avenue and Harvey Milk Street, is about to get a makeover.
PORTLAND, OR・1 DAY AGO