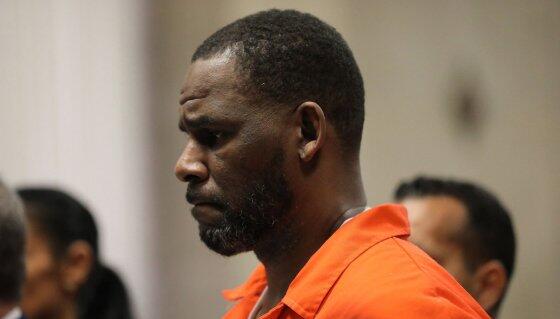 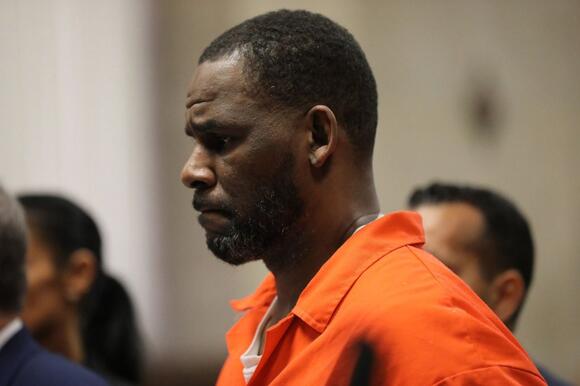 A Chicago, Illinois woman testified in court that she and disgraced entertainer R.Kelly had sexual encounters numerous times before she was 18 years old.
According to reports , the 37-year-old woman testifying under the name of Jane Doe made those statements during Kelly’s second federal trial on Thursday (August 18). She is the key witness for the prosecution in these proceedings. The lawyers stated that they would play pieces of recordings that Kelly made of him engaging her in sexual acts when she was only 15. It was the same recording that was used as evidence in the infamous 2008 trial where the singer was charged with child pornography, after which he was acquitted partially because Jane was too young to testify at the time. Lawyers for the prosecution contend that Kelly paid her family off with trips to the Bahamas and Mexico, and coerced them not to cooperate with lawyers which led them to charge him with obstruction of justice.

On the stand, Jane testified that she met Kelly when she was 13, being introduced by her aunt, the recording artist known as Sparkle. “She told me that I should ask him to be my godfather,” she testified, to which Kelly agreed. Their interaction soon became filled with Kelly’s predatory sexual advances, where he groped her when she was 14, assaulting her “uncountable times”. She also testified that she lied to a grand jury in 2002 when subpoenaed and that prior to that she and Kelly had a detailed conversation about “loyalty” and “denying our relationship and the sex tape.”

The woman only looked at Kelly once to identify him during her testimony, while the singer kept his eyes lowered. She is one of five women expected to give their testimony in the federal trial. Kelly has been charged with including producing and receiving child pornography, enticing minors to engage in criminal sexual activity, in addition to obstruction charges. He has already received a sentence of 30 years after being convicted in a federal court in Brooklyn for sex trafficking.

R. Kelly Ordered To Pay Over $300K To One Of His Victims

The L’s just keep piling up for R. Kelly (deservingly so) as a court has just ordered he pay up big time to one of his many victims. The Guardian is reporting that the disgraced R&B singer has been ordered to pay more than $300,000 to one of his victims who accused Kelly of giving […] The post R. Kelly Ordered To Pay Over $300K To One Of His Victims appeared first on The Latest Hip-Hop News, Music and Media | Hip-Hop Wired.
CELEBRITIES・5 HOURS AGO
Fatim Hemraj

When Karla Rodriguez vanished from her Las Vegas neighborhood in 1999, investigators called her a “victim waiting to happen.” Not only was she a vulnerable 7-year-old with a medical condition who spoke limited English, but Karla’s parents often left her unsupervised, to fend for herself.
LAS VEGAS, NV・3 DAYS AGO
The US Sun

A WALMART thief facing 10 years in jail for stealing $80 worth of goods at self-check has successfully appealed as judges branded the charge “unfair”. Chasity Shirley, 34, faced the lengthy sentence after swapping the barcodes of two items when she was at a Kentucky store in 2018.
KENTUCKY STATE・1 DAY AGO
Business Insider

In his petition, Perry Greene wrote that he and the congresswoman had been in a "bona-fide state of separation" before he filed the papers in Georgia.
GEORGIA STATE・19 HOURS AGO

Pay Me!: Cardi B Has Started To Garnish Tasha K’s Assets Over Defamation Ruling

Cardi B is coming for her all coins due to her. She has started the process to garnish Tasha K’s assets after winning her defamation case. As per Radar Online the South Bronx, New York native is taking her lawsuit win over the blogger very serious. According to documentation obtained by the celebrity gossip site, Cardi B’s […] The post Pay Me!: Cardi B Has Started To Garnish Tasha K’s Assets Over Defamation Ruling appeared first on The Latest Hip-Hop News, Music and Media | Hip-Hop Wired.
CELEBRITIES・7 DAYS AGO
HipHopWired

Mystikal, real name Michael Lawrence Tyler, has faced previous charges of rape in the pace and could see up to life in prison if convicted. The post Mystikal Pleads Not Guilty To Latest Rape Charge appeared first on The Latest Hip-Hop News, Music and Media | Hip-Hop Wired.
PRAIRIEVILLE, LA・9 DAYS AGO
HipHopWired

Justice is coming to those involved in the great jewelry heist that went down during Brooklyn’s pastor Lamor Whitehead’s mid-day service. Lamor Whitehead, the flashy and incredibly tacky servant of God is getting the justice he prayed for after he was relieved of his jewels during a live stream of his midday service. TMZ reports two […] The post 2 Men Charged For Relieving Flagrantly Tacky Brooklyn Pastor of His Jewels During Church Service appeared first on The Latest Hip-Hop News, Music and Media | Hip-Hop Wired.
BROOKLYN, NY・3 HOURS AGO
HipHopWired

Atlanta rap star Gunna who was arrested in May as part of a large RICO indictment of YSL, has remained in holding. But this week, his attorneys filed a third bond motion seeking to have him released. According to court documents dated Sept. 26 that were reviewed by Complex, the rapper’s legal team said that […] The post Gunna Files Third Bond Motion; Attorneys Claims There’s ‘No Evidence’ To Support Hold  appeared first on The Latest Hip-Hop News, Music and Media | Hip-Hop Wired.
ATLANTA, GA・3 HOURS AGO

The murder of Philadelphia rapper, PnB Rock sent shockwaves through the Hip-Hop community with many believing it was a robbery attempt turned murder scene, but now it seems like the situation might’ve been a result of PnB’s past history. TMZ is reporting that police are investigating the possibility that PnB was murdered due to some […] The post Police Investigating Whether PnB Rock’s Murder Was Due To Past Beef appeared first on The Latest Hip-Hop News, Music and Media | Hip-Hop Wired.
PHILADELPHIA, PA・7 DAYS AGO