Young Thug Is Once Again Denied Bond In RICO Case 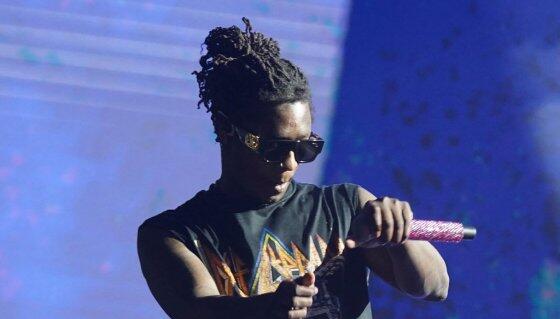 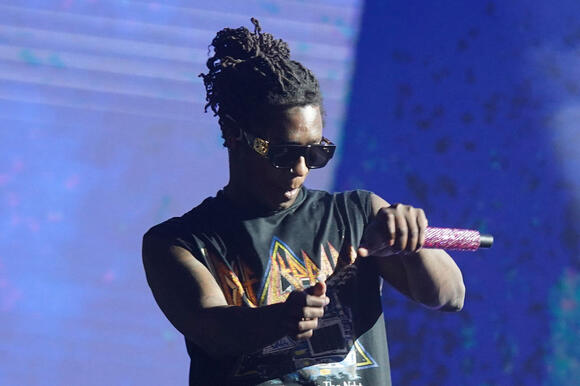 As social media wished Young Thug a happy birthday earlier this week, the “Lifestyle” rapper was wishing on a star that a judge would grant him a bond order so that he could once again walk a semi-free man. He was denied.

According to the Huffpost , Georgia Superior Court Judge Ural Glanville denied Young Thug (Jeffery Williams) the chance to post bond after hearing a “slew of outstanding motions in the case against the musician” from prosecutors on the case. Young Thug, Gunna and almost 30 other defendants are currently facing a 65-count indictment in a RICO case which alleges that Thugga is the leader of the YSL crew. To date no one in custody has been granted bond as Judge Glanville fears additional felonies can be committed as trial approaches including witness intimidation.

Though Thug’s attorney asked that the ATLien be put on house arrest complete with an ankle monitor to ensure he wouldn’t be making any moves that could complicate his case.

Appearing via video conferencing from the Cobb County jail, Williams smiled and blew kisses at relatives gathered in the courtroom during breaks in Thursday’s proceedings.

“Mr. Williams is an artist, a role model, a father and a son,” attorney Brian Steel told the judge, urging the rapper be released.

Unfortunately for Thug and his team, Glanville wasn’t budging from his stance and shot down any hope that Thug had of going home anytime in the near future. It doesn’t help that the decision came on the heels of someone agreeing to testify against Thug and becoming states evidence as court document began circulating online which stated someone from YSL had flipped on Thugga.

But Kristen Novay, one of Kitchens’ attorneys, asked prosecutors for proof that potential witnesses are actually being threatened.

“We want to know what specific threats there are,” Novay said. “There have been many allegations that there are threats to witnesses, and to date we have received no discovery, not a single shred of evidence from a witness who was actually threatened.”

Yeah, this is going to be a tough one for Thugga to get through. While there are numerous rumors about who flipped on Thugga, there isn’t any actual proof to pinpoint who the Tekashi 6ix9ine of YSL is at this point. Guess we’ll have to wait and see how this plays out in court.

What do y’all think of Young Thug’s situation so far? Let us know in the comments section below.

Cardi B Wants The Apology To PnB Rock’s Girlfriend To BE VERY LOUD, Twitter Agrees

Following the senseless murder of Hip-Hop star PnB Rock, many social media detectives got on Twitter and claimed it was a harmless post by his girlfriend, Stephanie Sibounheuang, that tipped off his killer to his location. One person, Cardi B, called C A P on that, and following the release of new developments in the case, she wants the apology to PnB Rock’s girlfriend to be VERY LOUD.
CELEBRITIES・5 DAYS AGO
HipHopWired

Justice is coming to those involved in the great jewelry heist that went down during Brooklyn’s pastor Lamor Whitehead’s mid-day service. Lamor Whitehead, the flashy and incredibly tacky servant of God is getting the justice he prayed for after he was relieved of his jewels during a live stream of his midday service. TMZ reports two […] The post 2 Men Charged For Relieving Flagrantly Tacky Brooklyn Pastor of His Jewels During Church Service appeared first on The Latest Hip-Hop News, Music and Media | Hip-Hop Wired.
BROOKLYN, NY・6 DAYS AGO