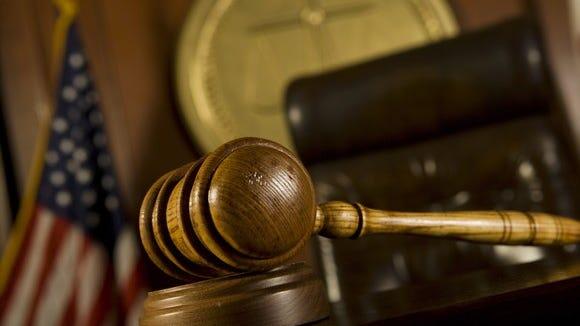 Davis died on March 25, 2021 after an altercation with Henderson at the Washington County Jail. Earlier in the day, Henderson was arrested for conspiracy to deal methamphetamine. After making a phone call, Henderson allegedly refused to return to his cell and became combative with Davis.

The altercation exacerbated a medical condition, leading to Davis’ death, according to court documents.

On Wednesday Henderson also entered a plea deal for the drug charges that initially led to his arrest. He pleaded guilty, receiving a 20-year sentence that will run concurrent to the manslaughter sentence.

Davis was honored by the community in a vigil shortly after his death and again in May 2021 during National Police Week. During the Police Week ceremony, local law enforcement gathered outside the Bartlesville Public Safety Complex, where Washington County Sheriff Scott Owen and others spoke.

“March 25 (was) probably the worst day of my career,” Owen said during the ceremony. “I just want everybody to know that Kyle was special. … I especially want his parents to know they raised one of the finest men I’ve known.”

In July, nonprofit Ten Seven Retreat announced it selected Kristin Davis — Kyle Davis’ widow — and the couple’s two children for a trip to the Bahamas.