The latest news on HBCU athletics 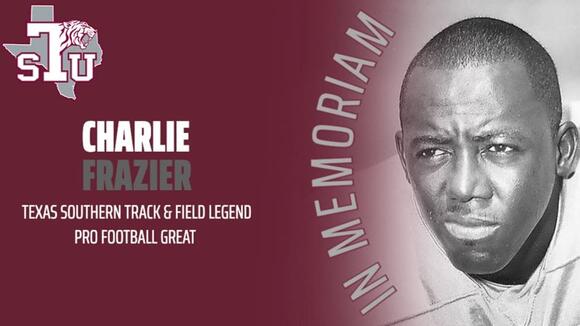 He was incredibly fast. Frazier went undrafted in 1962 but earned a roster spot with his hometown Houston Oilers, where he played until 1968. In 1966, he caught 12 touchdowns and over 1,200 receiving yards and was voted to the 1966 AFL All-Star team. Frazier left Houston to compete with the American Football League's Boston Patriots (now New England) from 1969-70.

He retired from professional football with 3,452 receiving yards, 207 receptions, and 29 touchdowns.

Former NFL quarterback Michael Vick will be featured in an eight-part documentary series that details the evolution of the Black quarterback in America. Variety broke this exciting news on Wednesday. As part of this docuseries, Vick will speak with celebrities, coaches, quarterbacks, journalists and other cultural figures to get their...
2 DAYS AGO
The Spun

TCU (13-0) Ohio State (11-1) That would pit Georgia against Ohio State in one semifinal, with TCU against Michigan in another semifinal. Georgia and Michigan would likely be favored to win their respective games in the semifinals. Of course, that also sets up the possibility of Ohio State and Michigan...
COLUMBUS, OH・12 HOURS AGO
The Spun

Ohio State's loss to Michigan on Saturday not only took them out of the Big Ten Championship Game, it dropped them out of the top four for the College Football Playoff for the first time this season. But ESPN's Paul Finebaum believes there's still a path to the Buckeyes making the postseason.
COLUMBUS, OH・2 DAYS AGO
HBCU Legends

Everyone is awaiting for Deion Sanders to announce his coaching future in college football.
JACKSON, MS・1 DAY AGO
HBCU Legends

Deion Sanders Expected to be Named Head Coach at Colorado, Per Report

What the ESPN BPI Says About WVU's Chances vs Xavier

We should be in store for a good matchup in the Big East-Big 12 Battle.
CINCINNATI, OH・27 MINUTES AGO
All Hogs

Pittman doing all he can to keep big time NIL programs from viewing his team as their developmental program
FAYETTEVILLE, AR・26 MINUTES AGO
HBCU Legends

Sports Betting Insider Doug Kezirian gives his final tips and picks for Week 14, including his thoughts on the big matchup between Georgia and LSU.
FORT WORTH, TX・30 MINUTES AGO

The latest news on HBCU athletics