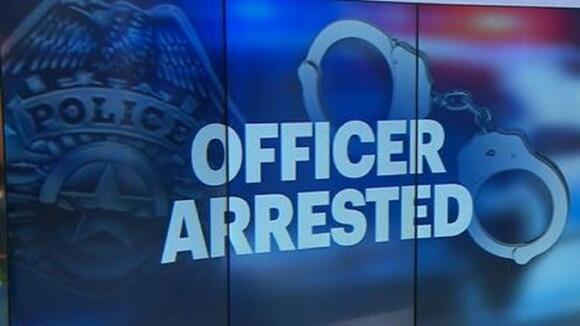 A Bayonne police officer has been suspended after he was arrested over accusations that he skipped paying tolls.

Police say Jeffrey Veloz used a device to cover his license plate to avoid paying tolls on the Bayonne Bridge.

The Jersey Journal reports that Veloz owes the Port Authority $52,000.

Stamford police have arrested a man for attacking a 71-year-old Lyft driver a year ago. Andre Lecky, 26, is charged with second-degree assault of an elderly person. The victim, Stuart Berman, of Wilton, recently went public with his story during a news conference announcing legal action against Lyft by 17 drivers and passengers.
STAMFORD, CT・1 DAY AGO
News 12

Police: Bronx MTA worker punched in the face while on the job

A Metropolitan Transportation Authority worker was randomly attacked while on the job, according to the NYPD.
BRONX, NY・18 HOURS AGO
News 12

A Darien man propositioned an undercover police officer posing as a 14-year-old girl online, Greenwich police say. David Rewcastle, 59, was charged with criminal attempt of enticing a minor and risk of injury to a child. Police say Rewcastle began chatting with a detective through an online application who was...
GREENWICH, NY・2 HOURS AGO
News 12

A 28-year-old Hoboken resident was shot and killed over the weekend.
HOBOKEN, NJ・1 DAY AGO

A former Village of Haverstraw deputy mayor has pleaded guilty to grand larceny. The Rockland County DA’s office says Emily Dominguez, 51, and her 56-year-old sister, Janice, admitted guilt last week. The sisters, and their mother, were charged with stealing more than $11,000 in funds and donations from the...
HAVERSTRAW, NY・3 HOURS AGO
News 12

'Both of us were trying to get home.' Death, road rage incident under investigation after 2 Wallkill crashes

Authorities in Ulster County say two mysterious crashes within minutes and miles of each other forced two women off road in their cars Friday and killed one of them.
WALLKILL, NY・15 HOURS AGO
News 12

A string of burglaries in Bay Ridge is raising concern among small business owners, and Congresswoman Nicole Malliotakis is calling on officials in Albany to get rid of a 2019 bail law that she blames for the surge in local crime.
NEW YORK CITY, NY・4 HOURS AGO
News 12

Police say it was found Sunday night in a cardboard box on the border of the park and the school.
STAMFORD, CT・3 HOURS AGO

Newark's public safety directory is requesting the public's help in identifying a man wanted for questioning after a punch-from-behind attack and robbery last week.
NEWARK, NJ・1 DAY AGO
News 12

Four officers are recovering from injuries after the arrest of a man led to a violent scuffle on 11th Avenue in Brooklyn.
BROOKLYN, NY・1 DAY AGO
News 12

Police are searching for the suspect who shot and killed a 17-year-old boy in the Bronx Sunday night.
BRONX, NY・1 DAY AGO

Authorities: Restaurant owner pleads guilty to role in 2017 fire that destroyed own establishment

Authorities say an Orange County restaurant owner was convicted Monday of an arson that destroyed his restaurant in 2017. Zef Gjurashaj, 60, had been charged with arson and conspiracy. Prosecutors said he conspired with his nephew’s wife, 38-year-old Marina Gjurashaj, in setting the fire to Andiamo’s Restaurant in Newburgh. She...
ORANGE COUNTY, NY・18 HOURS AGO
News 12

A Suffolk County family is concerned for the safety of their children and neighborhood after their security cameras caught a man looking into their home over the weekend.
SUFFOLK COUNTY, NY・14 MINUTES AGO
News 12

Police say a man was killed and two others were injured in a shooting in Brooklyn early Sunday morning.
BROOKLYN, NY・2 DAYS AGO
News 12

NYPD: 17-year-old shot in the Bronx, hospitalized in critical condition

News 12 has confirmed Amayalise Perez, 14, has been found according to her mother, Carie Rodriguez Gonzalez.
ORANGE COUNTY, NY・18 HOURS AGO
News 12

Police say a 17-year-old teen is in critical condition after he was shot Saturday night in the Bronx. Authorities say the male teen suffered a gunshot wound to the torso before midnight at 2407 Morris Ave. in the Fordham section of the borough. He was transported to St. Barnabas Hospital...
BRONX, NY・2 DAYS AGO
News 12

The Somerset County Prosecutor’s Office says a 68-year-old woman was killed in a fire over the weekend.
SOMERVILLE, NJ・19 HOURS AGO