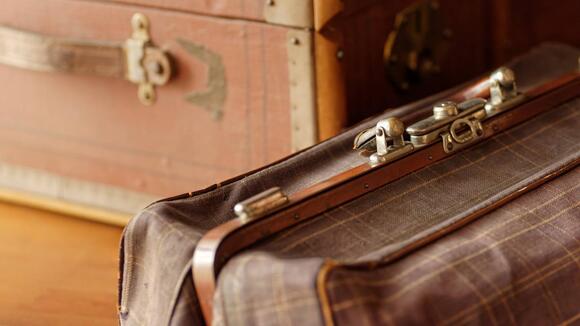 The buyers of contents from an abandoned storage unit made an unsettling discovery when they were combing through auction purchases — the bodies of two children that were found in two suitcases.

Officials believe the children were between 5 and 10 years old when they died and had been dead for several years, Sky News reported.

The suitcases were of similar size, BBC News reported.

The children, who have not been identified, had been in storage for three to four years, law enforcement officials said.

A family from Auckland, New Zealand, had bought several personal and household items from an online auction and had recently taken home their purchases.

Police said the family who purchased the items from the auction is not connected to the children’s deaths, CNN reported.

Detectives are watching hours of CCTV footage trying to find anyone associated with the suitcases, but have little hope because police are afraid that some of the videos may have been erased since the cases had been in storage for years, BBC News reported.

Law enforcement is also using DNA to hopefully find relatives of the victims, whom police believe are in New Zealand. However, police did not say why they believe that. The police are working with Interpol — the international criminal police agency — because the suspect or suspects in the children’s deaths may be living abroad, The Associated Press reported.

Officials are also trying to determine how the children died, CNN reported.

The case is being investigated as a homicide, the AP reported.

AUSTIN, Texas — A warden at a Texas detention center and his brother have been arrested in Texas for allegedly shooting and killing a migrant. Another migrant was injured, officials say. According to court records obtained by The Associated Press, two brothers, Michael Sheppard, 60, and Mark Sheppard, 60,...
AUSTIN, TX・1 DAY AGO
Daily Mail

A robbery victim, who tracked down $20,000 worth of stolen goods, claims police offered no help in catching thieves despite giving them their exact location. Cooper Pugh, 28, was robbed of thousands of dollars worth of items when his Gold Coast house was broken into at about 8pm on Saturday while he was out at a movie with his partner and his two flatmates were away for the long weekend.
PUBLIC SAFETY・17 MINUTES AGO