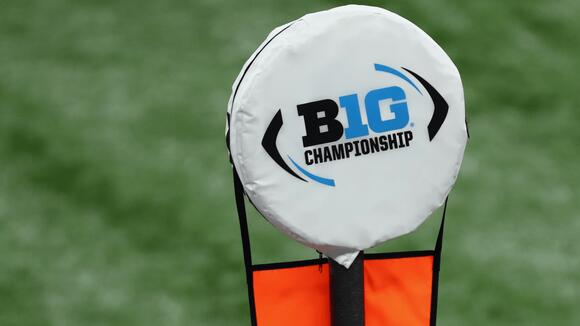 As part of the agreement, the networks will each have a least one opportunity to broadcast the Big Ten Championship Game.

The Big Ten announced on Thursday morning it has agreed to a seven-year media rights deal with FOX, CBS and NBC that will begin next season and is expected to bring in more than $7 billion .

“The Big Ten Conference media rights agreements are more than just dollars and deals. They are a mechanism to provide stability and maximum exposure for our student-athletes, member institutions and partners during these uncertain times in collegiate athletics,” commissioner Kevin Warren said in a statement.

FOX will remain the conference’s primary rights holder and continue to broadcast football games at noon, as well as on FS1 and BTN, in which it holds a 60 percent stake. The conference noted its Big Noon Saturday was the No. 1 time slot in college football last season.

CBS, meanwhile, will carry seven football games in 2023 as it wraps up its contract with the SEC, which is moving to ABC and ESPN in 2024. At that time, the network will begin televising up to 15 games per season, most of which will be featured in the 3:30 p.m time slot.

Lastly, NBC will broadcast 14 to 16 games each season, headlined by the 7:30 p.m. time slot, which will be referred to as Big Ten Saturday Night. Eight football games will also appear on Peacock, NBC Universal's direct-to-consumer streaming service.

“We are very grateful to our world-class media partners for recognizing the strength of the Big Ten Conference brand and providing the incredible resources we need for our student-athletes to compete at the very highest levels, and to achieve their academic and athletics goals," Warren said.

Of course, ESPN – which has broadcast Big Ten games since 1982, while its sister network, ABC, has since 1966 – is not part of the new agreement. The network reportedly rejected a seven-year, $380 million to be included , which would have meant fewer marquee games than the current package.

The Equalizer Premiere Recap: How Does Robyn's Feud With Mason Quinn End?! — Plus, Grade the Episode!

Self-assured vigilante Robyn McCall is usually rescuing others. But at the start of season three of The Equalizer, which premiered Sunday on CBS, our hero is in need of potentially life-saving assistance. At the end of last season’s finale, Robyn was kidnapped from her vehicle in front of Aunt Vi and Delilah. Her assailants were presumably affiliated with Mason Quinn, whom Robyn was obsessively hunting after the terrorist murdered William Bishop (played by Chris Noth), her former superior and friend. The new episode opens moments after Robyn’s disappearance, as Aunt Vi and Delilah frantically convey whatever they can remember to responding police...
TV SERIES・51 MINUTES AGO