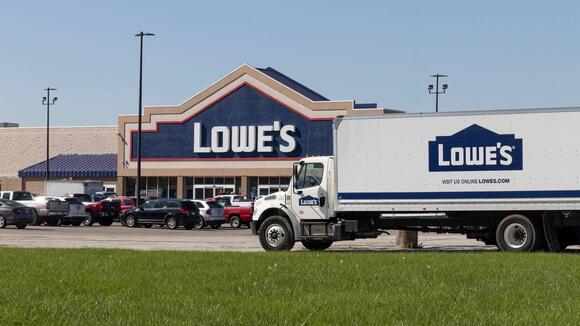 Lowe’s is trying to help its employees deal with inflation and the challenging economic outlook.

The total of the bonuses is expected to be $55 million.

The extra money will help offset the high cost of food, gas and housing, and will be a retention bonus that will help the company keep employees.

“The labor movement is very tight and they’re afraid of losing their workforce,” Larry Harris, a chaired professor of finance at USC Marshall School of Business, told CBS News. “So they’re providing bonuses, additional benefits, they may increase wages — all this is designed to make it more attractive to remain a worker at Lowe’s.”

But bonuses don’t take the place of a raise because it’s typically a one-time payout that is, as in the situation at Lowe’s, usually taxed, the Post reported.

Lowe’s is also giving employees limited-time discounts of up to 20% on household and cleaning purchases, NBC News reported.

Lowe’s is not the only company offering bonuses to help their employees during these tough financial times.

CBS News reported Microsoft, ExxonMobile, Walmart and USAA are among the companies that are giving bonuses, pay raises and gift cards to supplement workers’ wages at a time that, according to the Brookings Institute, many companies are still not paying workers a living wage.

The bonuses offered by Lowe’s will be paid on Sept. 9, but the company did not say how much each employee will get, the Post reported.

I compared Walmart and Target, and found the two superstores are offering completely different types of convenience

Target is a home and clothing store that also stocks groceries. Walmart is a grocery store focused on stocking a huge range of products at low prices.
ROCHESTER, NY・15 MINUTES AGO
Business Insider

Katie Janner, 28, works 15 to 30 hours a week as a freelance podcast editor. It allows her to travel the world and avoid "endless Zoom meetings."
NEW YORK CITY, NY・18 MINUTES AGO
Business Insider

We pinpointed the young finance professionals on the runway to success, even as banks and money managers brace for cutbacks.
MARKETS・18 MINUTES AGO