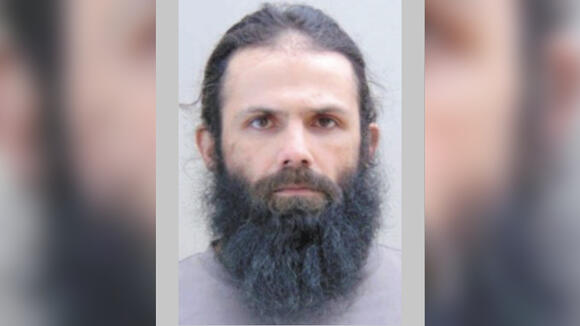 ADAIR COUNTY, Mo. – The U.S. Marshals Service has doubled its reward for a former Army soldier and registered sex offender who is now wanted to murder in rural Missouri.

According to a release from the Marshals Service, 38-year-old Jesse Rongey has been charged in connection with the murder of Stephen Munn in Kirksville, Missouri.

Rongey had been living in what authorities called “remote conditions” on a 600-acre plot of land owned by Munn.

Neighbors fight to keep houses from turning into commercial development

The Adair County Prosecuting Attorney’s Office charged Rongey with first-degree murder, armed criminal action, abandonment of a corpse, tampering with physical evidence, unlawful possession of a firearm, and unlawful use of a weapon.

Rongey stands 5’7″ tall and weighs approximately 145 pounds, with black hair and brown eyes. He has tattoos on his arms, shoulders, back, ribs, and left leg, as well as a scar on his right forearm.

Investigators believe Rongey has at least one firearm with him. He has an extensive criminal history, including 2008 and 2009 convictions for child molestation.

Anyone with information on Rongey’s whereabouts is asked to contact the Adair County Sheriff’s Office at 660-665-5621 or the U.S. Marshals Service by phone at 877-WANTED2 or online at USMarshals.gov/tips .