Police: Ohio woman flees from police because she felt like it 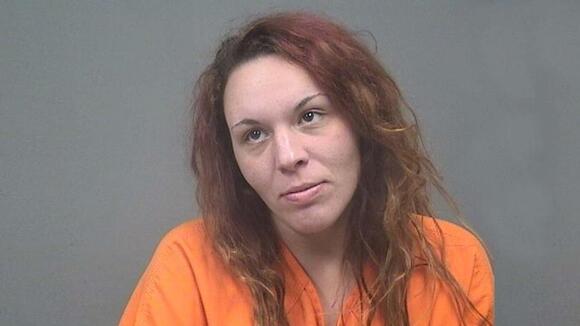 Officers noticed Savannah Pagan, 27, of Campbell, traveling over the speed limit, passing through a stop at the intersection of 12th Street and Robinson Road around 2:30 p.m.

Police said that Pagan stopped on Monroe Street. When officers asked her why she did not stop, she said, “Why would I?” She said that she ran from officers because she felt like it, according to the police report.

Pagan was issued a citation for the stop sign violation and booked into the Mahoning County Jail on charges of failure to comply with an order or signal of a police officer.

Pagan was booked and then released from the Mahoning County Jail. She is scheduled to be in court Thursday at 9 a.m.

That's the problem today.. People do things... speeding, being reckless, murder, selfishness, etc., because they feel like it...

She was released the same day - this lawlessness exists because of the judicial system's response.

Ohio man tells police to use a stun gun on him during arrest, damages cell

Police said they arrested a Youngstown man Saturday night after he asked officers to stun him with a stun gun.
CAMPBELL, OH・1 DAY AGO
WDTN

Reports said an 11-year-old girl caught Monday with a loaded gun on a school bus told police she had it because she is tired of "being picked on all the time."
MAHONING COUNTY, OH・3 HOURS AGO
WDTN

Officer fires at man armed with crowbar in Ohio

Man accused of bringing bat, gun to fight in Ohio

A man was arrested Wednesday after police say he assaulted a man and threatened to use his gun on him.
HUBBARD, OH・1 DAY AGO
WDTN

Officials with the Diocese of Youngstown and city police confirmed the middle school-aged female was caught with a loaded pistol on her school bus Monday afternoon on the way home from Saint Joseph the Provider school on the city's north side.
YOUNGSTOWN, OH・9 HOURS AGO
WDTN

MARION, Ohio (WCMH) — A multi-state fraud ring involving two Ohio men has been stopped after a months-long investigation, according to the Marion County Sheriff’s Office. According to the sheriff’s office, Michael Mareno Stevens-McKenzie, 28, of Twinsburg, Ohio, and Jarell Coree Scott, 28, of Cleveland Heights, Ohio, have been charged with felony engaging in a […]
CLEVELAND HEIGHTS, OH・1 DAY AGO
WDTN

Dog found with bullet wound in head in Ohio

The dog warden said the bullet wound was several days old. The bullet looked like it went through the soft tissue on the back of his head and out the side of his neck. Bandit was also very emaciated and diagnosed with Lyme disease.
MAHONING COUNTY, OH・1 DAY AGO

Jeffrey Dahmer: A look at serial killer’s ties to Ohio as story is shared on Netflix

Jeffrey Dahmer had just graduated from high school in Ohio when he killed his first victim, an 18-year-old Coventry Township man. Dahmer grew up in Bath Township, Ohio, in Summit County. He graduated from Revere High School in Richfield not long before he killed his first victim, a Coventry Township man.
OHIO STATE・1 DAY AGO
WDTN

Family of student hazed to death speaks at YSU

The parents and sister of Stone Foltz travel to spread the word about the dangers of hazing. Monday night, they spoke at Youngstown State University.
YOUNGSTOWN, OH・4 HOURS AGO
WDTN

Melissa Kmetz, a third-grade teacher at Lakeview Elementary School in Cortland was honored by her school Tuesday after receiving the statewide honor.
OHIO STATE・4 HOURS AGO
WDTN

Last May, Toth tossed a perfect game in the Division II Sectional Final over Geneva, striking out 13 in 5 innings.
BUFFALO, NY・5 HOURS AGO