WHO13.com is Iowa's most trusted source for local news, weather and sports. 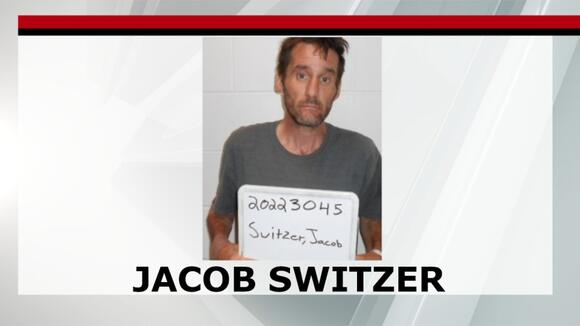 GRUNDY COUNTY, Iowa — An Iowa man has been arrested and charged with Arson for a Conrad house fire that occurred Tuesday night.

The Grundy County Sheriff’s Office responded to a report of a house fire at 11:17 p.m. in the 100 block of Washington Street. When first responders arrived there was no one inside the house, except for the family’s pet who passed away in the fire.

Jacob Switzer, 45, who lived at the residence, was arrested and charged with First Degree Arson. According to court records, Switzer was also charged with Animal Abuse. Switzer is being held at the Grundy County Jail on a 50,000 dollar bond.

The Grundy County Sheriff’s Office said the home was determined to be a total loss.

For the latest news, weather, sports, and streaming video, head to who13.com.

Woman charged after passenger falls from car roof in Adel

ADEL, Iowa – A Des Moines woman has been charged after police said a person riding on the roof of her car fell off and suffered serious injuries over the weekend in Adel. Jessica Versteegh, 29, is charged with serious injury by vehicle and driving while barred in connection with the incident. Adel Police were […]
ADEL, IA・1 HOUR AGO
WHO 13

Pieper Lewis appeals $150,000 restitution to estate of man she killed

DES MOINES, Iowa — Pieper Lewis is appealing the order for her to pay restitution to the family of Zachary Brooks, saying it constitutes an illegal sentence. Lewis pled guilty to involuntary manslaughter and willful injury last year in the June 2020 killing. She was 15-years-old when she stabbed Brooks to death after saying he […]
DES MOINES, IA・5 HOURS AGO
WHO 13

DES MOINES, Iowa – Investigators are working to determine what caused a fire that displaced 10 people early Monday morning on Des Moines’ east side. The fire happened at a home in the 1900 block of East 9th Street, across from Union Park. The call came in around 3:00 a.m., said Ahman Douglass with the […]
DES MOINES, IA・1 DAY AGO

DES MOINES, Iowa — Two people were seriously injured after being shot at a party early Saturday morning. The Des Moines Police Department responded to a report of shots fired in the 1700 block of East University Ave. around 4:30 a.m. Emergency responders arrived to the scene and discovered one adult female in critical condition […]
DES MOINES, IA・3 DAYS AGO
WHO 13

JOHNSTON, Iowa — Monday night, the Johnston School Board voted to expel the middle school student who brought a gun to school earlier this month. Superintendent Laura Kacer recommended expulsion during a closed session. According to the email sent out by the district earlier this month, a few students saw the weapon but no one […]
JOHNSTON, IA・5 HOURS AGO
WHO 13

DES MOINES, IOWA — The third person charged in the shooting death of Charles Russian Lovelady is back in Iowa and behind bars at the Polk County Jail. Cedrick Charles Thomas, 26, was booked on charges of First Degree Murder and First Degree Robbery on Thursday night. He had been in custody in Michigan since […]
DES MOINES, IA・4 DAYS AGO
WHO 13

WEST DES MOINES, Iowa — Over 600 people took part in the Run to Remember 2022 5k at Raccoon River Park on Sunday morning. The event is organized by Iowa Remembers, an organization that advocates for action awareness for Iowa service members. This was the 13th annual 5k that Iowa Remembers hosted, and the money […]
WEST DES MOINES, IA・1 DAY AGO
WHO 13

DALLAS COUNTY, Iowa — Is there such a thing as being too old to drive? The Iowa Department of Transportation tests drivers on ability, not age, but it has a plan in place if you believe a senior is too old to be behind the wheel. The issue of senior safety arose this week when […]
DALLAS COUNTY, IA・4 DAYS AGO
WHO 13

DES MOINES, Iowa — An Arizona woman was sentenced in federal court to six years in prison for allegedly conspiring to damage several locations of the Dakota Access Pipeline in Iowa and South Dakota. Ruby Katherine Montoya, 32, was charged with conspiracy to damage an energy facility. Montoya was ordered to serve three years of […]
IOWA STATE・4 DAYS AGO
WHO 13

DES MOINES, IOWA — A Frost Advisory is in place for much of Iowa into Wednesday morning. All of Iowa north of I-80 can expect temperatures cold enough for frost, as well as all of Southeast Iowa and areas as far southwest as Greenfield and Winterset. Lows will be well into the 30s throughout the […]
IOWA STATE・57 MINUTES AGO

DAVENPORT, Iowa – One person was killed and another injured in a crash that happened during a chase involving the Iowa State Patrol Wednesday night in eastern Iowa. It happened around 8:16 p.m. near the intersection of Eastern Avenue and Pleasant Street in Davenport, according to an Iowa State Patrol crash report. An ISP Trooper […]
5 DAYS AGO
WHO 13

The Satanic Temple is challenging Indiana's near-total abortion ban with a lawsuit that claims the ban infringes on their followers' religious rights and violates the U.S. Constitution.
INDIANA STATE・22 HOURS AGO
WHO 13

ALTOONA, Iowa – A Pennsylvania woman is facing charges in Ankeny and Altoona after police say she tried to use a stolen ID and credit card and then led officers on a chase that reached speeds of more than 130 miles per hour Wednesday. The incident began at 4:30 p.m. when Ankeny police were called […]
ALTOONA, IA・5 DAYS AGO
WHO 13

DES MOINES, Iowa — Des Moines police are asking for the public’s help in catching the second suspect in a shooting and stabbing that happened in the Court Avenue district earlier this month. It was nearly two weeks ago that police responded to a report of one person shot and another stabbed at the intersection […]
6 DAYS AGO
WHO 13

Two 1994 unsolved cases in Missouri and Illinois have baffled investigators for decades.
MOLINE, IL・4 DAYS AGO
WHO 13

DES MOINES, Iowa – A Des Moines man is in the Polk County Jail facing multiple charges after police say he bit an officer Tuesday while they were trying to help him find a sober ride home. Officers were called to the 1100 block of 21st Street around 2:30 p.m. on a report of a […]
DES MOINES, IA・6 DAYS AGO
WHO 13

DES MOINES, Iowa — Labor shortages have hit the restaurant industry especially hard coming out of the pandemic but the solution may already be here: robots. Barrel House is a restaurant in East Village and a few weeks ago they started using a robot to help waiters bring food to customers and so far it […]
DES MOINES, IA・8 HOURS AGO

WHO13.com is Iowa's most trusted source for local news, weather and sports.