Mike Max is out at WCCO Radio 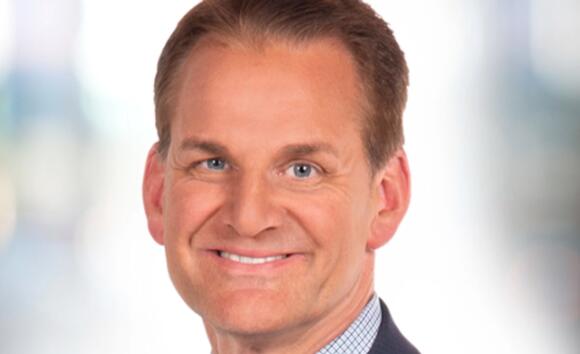 Multiple sources have confirmed to Bring Me The News that Mike Max is out at WCCO Radio.

Bring Me The News understands an internal memo was issued to staff at 830 WCCO-AM Tuesday morning informing them of the latest shakeup, with Max departing along with producer Craig "Hammer" Schroepfer.

It comes as Radio Insight reports WCCO-AM owner Audacy is embarking on layoffs at stations across the country, with around 5% of its total workforce expected to be impacted.

In an email to employees obtained by Bring Me the News, Audacy Minneapolis senior VP and marketing manager Jeff Gonsales said Max's departure is the result of an "effort to reduce costs."

Max has been a staple in Minnesota media for decades. He's been at The Good Neighbor since 1998, serving as a sports reporter and most recently hosting Sports To The Max weekdays from 6:30-9 p.m.

Moving up to the 6-9 p.m. weekday slot will be Henry Lake, who currently broadcasts The Lake Show in the 9 p.m.–1 a.m. slot. Lake's former slot will see the airing of Eye on the World with John Batchelor from the CBS Audio Network.

The memo says the switch will provide "opportunities for some of our team to grow and take on larger roles," and that changes will be announced "soon."

Max is also the sports director at WCCO-TV, where he's worked since 2005. Bring Me The News has received no word of any changes to Max's role at WCCO-TV.

As well as his regular shows, Max has also provided brief sports updates with WCCO Radio hosts over the years, namely on The Morning News with Dave Lee, then with Vineeta Sawker after Lee retired last year. He would return for a couple of sports segments on the afternoon drive show too.

Green was moved to the 9 a.m. to noon time slot where she co-hosts the show with Adam Carter. Douglas' role is strictly as a meteorologist.

Bring Me The News has reached out to WCCO-AM and TV for more information.

And he's not Black like Henry Lake. Another victim of this 'woke' culture system and affirmative action. How sad. :(...

WCCO needs, requires new ownership, they have purged out the best talent for years, going back to Ben Tracy, I'm calling out the Popp Group to help out

sad to hear this. I will no longer listen, he is a very good sportscaster. one of the best

Rage Against the Machine cancels rest of tour, including Minneapolis date

On a tour already delayed and rescheduled due to COVID-19, Rage Against the Machine has canceled the rest of its concerts, including one in Minnesota. Frontman Zack de la Rocha posted on the band's Instagram Tuesday, saying he can no longer continue to perform with the leg injury he suffered when the tour first started.
MINNEAPOLIS, MN・2 DAYS AGO
Bring Me The News

IHeartMedia announced on Friday the dates for its annual Jingle Ball Tour, and there was a noticeable absence on the schedule. The radio and music giant revealed 11 stops for this year's holiday tour, but the Twin Cities isn't one of them. The 101.3 KDWB Jingle Ball has been held...
MINNEAPOLIS, MN・3 DAYS AGO
Bring Me The News

British pop superstar Ed Sheeran is bringing his North American stadium tour to Minneapolis in 2023. Sheeran has announced a series of dates next summer, including an August 12 show at the home of the Vikings. The singer-songwriter, known for hits including "The A Team," "Shape of You," and "Perfect,"...
MINNEAPOLIS, MN・3 DAYS AGO

The abrupt cancelation of seven concerts by Ringo Starr – including one in Minnesota – was because the Beatles drummer has COVID-19. Starr was due to perform at the Mystic Lake Casino in Prior Lake on Sunday, but ticket-holders were informed late Saturday that the show had been canceled because he was "sick."
PRIOR LAKE, MN・3 DAYS AGO
Bring Me The News

A classic activity to usher in the fall season is visiting a local pumpkin patch, and Minnesota has no shortage of places from which to ... pick. Looking to select your own pumpkin and/or partake in some festive fall activities? Here are six Minnesota pumpkin patches to visit this fall.
LINO LAKES, MN・2 DAYS AGO
Bring Me The News

Two men from Texas have been charged with holding up an ATM technician at an Edina bank, and taking off with more than $110,000 in cash. Charges state Christopher Harris, 30, and Rajoun Johnson, 29 — both from Houston — have been charged with simple robbery in the incident that happened at the U.S. Bank in the 50th and France retail district on Friday.
EDINA, MN・1 DAY AGO

Apple Valley officials are asking residents to weigh in on a concept plan that proposes to transform the city's longstanding ice arena into a new indoor recreational facility – without the rink. The concept plan for the Hayes Park Ice Arena is one of many being considered as part...
APPLE VALLEY, MN・17 HOURS AGO
Bring Me The News

Prosecutors in Hennepin County allege a 28-year-old gang member helped a gunman escape after a fatal shooting outside a Minneapolis bar in late July. Cleveland C. Longmire, of Brooklyn Center, is charged in Hennepin County District Court with first-degree riot resulting in death and aiding an offender in connection with the July 28 shooting that killed 28-year-old Chante L. Williams and injured two others.
MINNEAPOLIS, MN・2 DAYS AGO
Bring Me The News

A motorist's dashcam captured two dangerous drivers traveling at high speeds in a Minneapolis bike lane. Reddit user Alex captured the incident Thursday around 2:45 p.m. on E. 28th St. The two cars can be seen speeding in the bike lanes before cutting back into traffic at the intersection of S. 12th Ave., passing by Abbott Northwestern Hospital.
MINNEAPOLIS, MN・2 DAYS AGO
Bring Me The News

Two employees of a Park Nicollet Health Services CPAP clinic have been convicted of embezzling more than $500,000 from their employer. U.S. Attorney for Minnesota Andrew Luger announced Monday that Gregory Koch, 59, of Minneapolis, and Jerome Kangas, 58, of Blaine, were found last week of mail fraud and conspiracy to commit mail fraud.
MINNEAPOLIS, MN・3 DAYS AGO

Minneapolis police and city officials conducted an early-morning clearing of an established homeless encampment in the Near North neighborhood Thursday, prompting criticism from anti-poverty advocates. A large number of police and city workers cleared out the Near North neighborhood encampment Thursday morning, at 205 Girard Ave. N., with those at...
MINNEAPOLIS, MN・15 HOURS AGO
Bring Me The News

New T.J. Maxx to open in the Twin Cities this month

A new T.J. Maxx is set to open this month in the Twin Cities. The retailer announced the new store at Tamarack Village in Woodbury will open Thursday, Oct. 20. The roughly 26,000-square-foot store marks the relocation from the former T.J. Maxx store at nearby 2089 Old Hudson Road in St. Paul.
WOODBURY, MN・15 HOURS AGO
Bring Me The News

Squirrel to blame for Friday power outage impacting over 5,000 homes

The squirrels are at it again. The Minnesota Valley Electric Cooperative worked to restore electricity Friday morning after a squirrel broke the insulator at the Prior Lake 88 substation, causing over 5,000 members to lose power. MVEC reported all power had been restored about an hour and a half later,...
PRIOR LAKE, MN・6 DAYS AGO
Bring Me The News

At least 11 people are charged with various crimes in protests responding to a metro area Menards employee's death. Protests erupted in the wake of 19-year-old James Stanback's fatal forklift accident while working on July 22, 2021. Charges state during the protests that spanned about a week, an employee of Menards was allegedly assaulted by two men.
MINNEAPOLIS, MN・1 DAY AGO

NewsBreak
Entertainment
Bring Me The News

The three people killed when their plane crashed into a house in Hermantown Saturday night have been identified, all of them from the Twin Cities metro area. The pilot, 32-year-old Tyler Fretland, lived in Burnsville. The passengers were brother and sister, 32-year-old Alyssa Schmidt and 31-year-old Matthew Schmidt. Alyssa lived in St. Paul and Matthew was also from Burnsville.
HERMANTOWN, MN・4 DAYS AGO
Bring Me The News

A renovated dining room at Dangerfield's Restaurant in Shakopee. The restaurant's new owners plan to complete renovations and rename the establishment Shakopee House in mid-November. Courtesy of Tony Donatell. A prominent restaurant group in the Twin Cities suburbs announced plans Tuesday to bring a new concept to the iconic Dangerfield's...
SHAKOPEE, MN・2 DAYS AGO