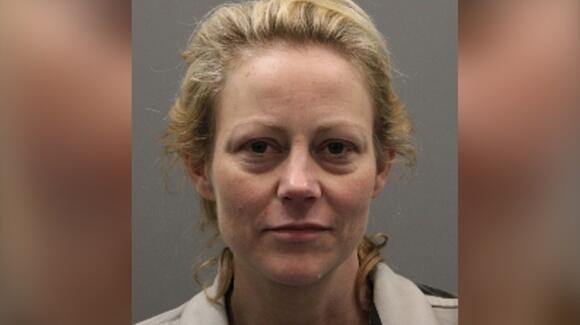 LIMESTONE COUNTY, Ala. (WHNT) — A woman from Maryland has been indicted on a capital murder charge stemming from an April incident in Athens, according to court records.

Rogers was arrested on April 9, 2022 , after deputies with the Limestone County Sheriff’s Office found her in the backyard of an Athens home.

Authorities at the time said that Rogers was acting strange and tried to lead the deputies away from the house on Maiden Court. When they tried to detain her, they said she started fighting back.

When deputies went inside the house, they found 58-year-old Diane Crane Defoor dead.

Following an autopsy, Defoor’s death was listed as a homicide, caused by “sharp-force injuries.”

Damaged power pole at Highway 90 and Pleasant Valley Road, no repairs ahead of storms

At the time of her arrest, Rogers was charged with capital murder, second-degree burglary and obstructing a governmental operation. A bond of $6,000 was set regarding the obstruction and burglary charges.

No bond was set on the capital murder charge.

According to online records, Rogers remains in the custody of the Limestone County Jail.

Stay ahead of the biggest stories, breaking news and weather in Mobile , Pensacola and across the Gulf Coast and Alabama . Download the WKRG News 5 news app and be sure to turn on push alerts.

A Toney man, one of five charged in a 2020 alleged murder-for-hire, could be released on Friday, according to recently filed court documents.
MORGAN COUNTY, AL・9 HOURS AGO
WKRG News 5

3 North Alabama murderers up for parole

Three convicted murderers from North Alabama will learn on Tuesday if they will be granted an early release, according to the Alabama Bureau of Pardons & Paroles
DEKALB COUNTY, AL・1 DAY AGO
WKRG News 5

Because of the unsanitary conditions in the cell, the baby developed a type of staph bacteria infection that is resistant to many antibiotics, the lawsuit said.
WASHINGTON COUNTY, MD・15 HOURS AGO
WKRG News 5

The Alabama Department of Corrections says inmates have stopped performing their duties in prisons across the state as part of a protest against living conditions inside the facilities.
ALABAMA STATE・1 DAY AGO

A man has been charged with posing as a law enforcement officer at local bars and nightclubs in Marshall County.
MARSHALL COUNTY, AL・1 DAY AGO
WKRG News 5

MOBILE, Ala. (WKRG) — Ever since a 15-year-old girl died in Semmes and a 21-year-old man died in Theodore from fentanyl overdoses, lawmakers are taking matters into their own hands by proposing bills that could further criminalize the distribution of the drug. State representatives Chris Pringle and Matt Simpson have proposed their own bills to […]
THEODORE, AL・1 DAY AGO
WKRG News 5

Where you can bow hunt deer in Alabama starting Saturday

MOBILE, Ala. (WKRG) — Deer hunting season in parts of Alabama begins Saturday, Oct. 1. WKRG took a look at what counties hunters can travel to, both in northwest and central Alabama. You can view all hunting season dates for each of the five designated Alabama zones as well as visit Outdoor Alabama for all […]
ALABAMA STATE・7 HOURS AGO
WKRG News 5

MOBILE, Ala. (AP) — A former Alabama sheriff who resigned during a state impeachment probe has pleaded guilty to a federal charge of lying to a bank about a loan that was used in part to pay off personal loans, court documents show. Former Clarke County Sheriff William Ray Norris pleaded guilty Monday to one count of […]
CLARKE COUNTY, AL・1 DAY AGO

A Florence man has been charged with aggravated surveillance after court documents show he tried recording a woman in the private tanning bed of a local gym where he worked.
FLORENCE, AL・2 DAYS AGO
WKRG News 5

FAIRHOPE, Ala. (WKRG) – When someone extends a helping hand, or in this case a lifeline, it’s always nice to return the favor. “They were here for us when they didn’t know what they were coming into with Hurricane Sally and being able to go and help them just really makes us feel good about […]
FAIRHOPE, AL・1 DAY AGO
WKRG News 5

Ala. lawmaker to bring bill targeting occupational taxes next session

MONTGOMERY, Ala. (WIAT) — While it’s still months away, state lawmakers are preparing for next legislative session with bills they hope will improve Alabama. That includes one to remove municipalities’ occupational taxes over time. Right now, if your employer is based in one of about 25 cities in the state, you’re paying an occupational tax […]
ALABAMA STATE・1 HOUR AGO
WKRG News 5

Alabama Driver License Division down across the state

The Alabama Law Enforcement Agency says that the Driver License Division is experiencing an outage across the entire state.
ALABAMA STATE・1 DAY AGO

An Alabama college history instructor is on administrative leave after comments she made calling for a rally by the "you-know-what" to halt a LGBTQ pride event scheduled to be held in Cullman next month.
CULLMAN, AL・3 HOURS AGO
WKRG News 5

200M pounds of toxic chemicals dumped into US waterways in 2020: analysis

Polluters in just 10 states were responsible for more than half of the 193.6 million pounds of contaminants released into U.S. waterways in 2020, a new report has found.
TEXAS STATE・12 HOURS AGO
WKRG News 5

JACKSON, Miss. (WJTV) – At the request of the state of Florida, Governor Tate Reeves approved the Emergency Management Assistance Compact (EMAC) request for assistance as Hurricane Ian makes landfall in Florida. According to the governor’s office, 20 Soldiers and Airmen of the Mississippi National Guard (MSNG) are deploying for emergency response missions in Florida. “Florida […]
FLORIDA STATE・5 HOURS AGO
WKRG News 5

After waiting for authorities to act, Connie Goodwin decided she'd had enough and, with the help of her family, got her son back.
BUTLER COUNTY, MO・1 DAY AGO
WKRG News 5

GEORGE COUNTY, Miss. (WKRG) — Over 100 personnel from electric companies on the Mississippi Gulf Coast are headed to areas impacted by Hurricane Ian. Mississippi Power will send 100 people, including 75 linemen, initially to Savannah, Georgia by Friday to aid sister company Georgia Power with restoring electricity to any impacted customers in their service […]
MISSISSIPPI STATE・3 HOURS AGO
WKRG News 5

Remains of Virginia teen who disappeared 47 years ago ID’d

Remains of a person found decades ago are those of a teenager who disappeared in 1975.
MCLEAN, VA・2 DAYS AGO
WKRG News 5

Those who like candy corn should be on the lookout for a recall due to an allergy alert.
MASSACHUSETTS STATE・1 DAY AGO
WKRG News 5