Once upon a time, a young actor by the name of Greg Sestero met an aspiring filmmaker that could easily be called mysterious or eccentric, and without realizing it at the time, signed onto a film that would change his life forever.

That eccentric filmmaker was modern weirdo-cinema legend Tommy Wiseau, and the film was, of course, the marvelously ridiculous midnight-movie masterwork “The Room.”

The story behind “The Room,” Wiseau, and the surprising, ongoing friendship that developed has by now been well-trod, most notably in Sestero’s own book “The Disaster Artist” and the film adaptation that it spawned. But even as Sestero has grown to love and embrace the cult and culture around “The Room” and the gift that it’s become to his life, he’s now branching out with his own directorial debut “Miracle Valley,” a left-field horror romp exploring, of all things, cults and fanaticism.

“I’ve actually noticed that in nearly everything I’ve ever written,” Sestero told me.

Fans and members of Sestero’s own cult following in OKC will once again have the chance to see the man himself when he presents “Miracle Valley” at Rodeo Cinema on Thursday, August 25th along with a lively Q&A and, of course, an audience participation screening of “The Room.” 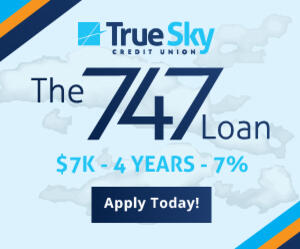 With a life and career as unexpected as Sestero’s has turned out to be, it’s no surprise that he’s developed such an interest in examining the strange, dark corners and unforeseen true-life stories of our world.

“It’s always sort of taking and using both history and fiction,” he said. “‘Miracle Valley’ weaves in history and fiction with a real life cult and then even ‘Disaster Artist’ is the same thing. It just comes from these weird phenomena and interests that I have and I just try to tell a story in that world.”

This has become especially true of topics and tales revolving around fanatic fandoms or cult followings. Sestero’s most recent collaboration with Wiseau, the two-part “Best F(r)iends,” which he scripted himself, orbits around the Black Dhalia murder, one of the most obsessed-over unsolved murders in American history, and his next directorial effort, “Forbidden Sky,” centers on the UFO cults of Roswell, New Mexico.

For “Miracle Valley,” he was inspired by a real-life religious cult that operated in the southern reaches of Arizona throughout the 1970s and ended in a full-scale, deadly shootout with police.

“I was driving down on the Mexican border one afternoon and came across this huge church with like a European dome, just sitting there abandoned,” he said. “I was just trying to soak up as much of the culture of weirdness that was down there as possible, so I drove up to it and I ended up being cornered by these couple of guys there asking ‘what are you doing here? You’re not supposed to be here.’ But I told them I was just driving through and asked what this place was and they started opening up about how it used to be a cult led by this preacher that believed he could, like, bring people back from the dead based on their blood type.”

That chance encounter gave birth to “Miracle Valley,” a grindhouse horror tale following a couple that get similarly swept up into a terrifying cult while exploring the Arizona desert.

“The more I looked into it,” Sestero said, “the more fascinating it was.”

Knowing that his fan base loves surreal comedy and theatrical participation, he decided to take the film out on tour, screening it alongside “The Room” and encouraging audiences to have fun with the communal experience.

“It’s a real homage to 70s horror like ‘Texas Chainsaw Massacre,’ but it plays with a lot of comedy when you see it with a crowd,” he explained. “I think that’s kind of the beauty of seeing a movie with an audience. There are releases that you would never normally get unless you’re there with other people.”

He’s especially excited to bring the “Miracle Valley” roadshow to OKC, partially because when he first did a spot at Rodeo Cinema, almost exactly one year ago, he had such a fantastically fun time that he’s been raring to come back through. But he’s also looking forward to visiting again because he said he feels a special kind of motivation and inspiration in our city.

“I just feel really creative there,” he said. “You guys have some really great coffee shops, actually. I’ve got this UFO script, ‘Forbidden Sky,’ that I’m hoping to make next year, and I actually first started doing notes for it when I was in a coffee shop there in OKC last year.”

What happened to Coolio? How did Coolio die? How old was Coolio? What was Coolio best known for?
CELEBRITIES・44 MINUTES AGO