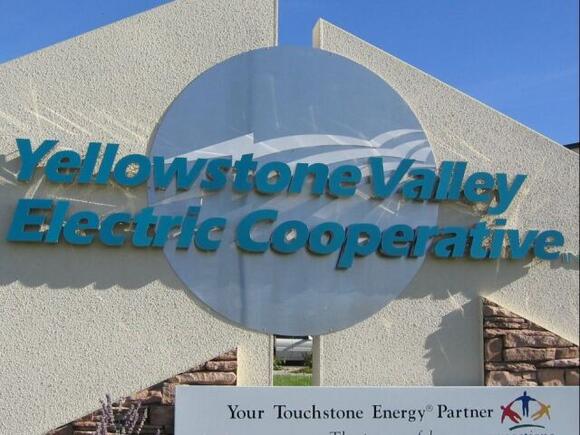 BILLINGS – As customers brace for a possible rise in their energy bills, those with Yellowstone Valley Electric Cooperative are cautioning their customers to hold off on the panic.

That’s because energy prices for members won’t be increasing, according to co-op CEO Brandon Wittman.

“We have customers saying...what's going on?” said Wittman.

And his response is this: “We haven't raised rates since May 2011.”

The questions come on the heels of NorthWestern Energy asking the Public Service Commission to approve a 15.9 percent increase starting Oct. 1.

The rate hike is just a proposal, but NorthWestern Energy is also looking at a more permanent increase coming within the next year.

And it’s really no surprise as to why. The price of everything has gone up due to inflation with the current rate for inflation teetering around 9.1 percent.

“It is hard. Yeah, it is extremely hard, and we feel that,” said Wittman.

But he says that’s why they are so eager to get this message out to its members.

“We have not left ourselves exposed to the market as other utilities do,” said Wittman. “Some including NorthWestern, they buy up to maybe 30% of their power on the open market. And obviously, that's very volatile.”

Like everyone else, NorthWestern Energy is feeling the pinch of rising costs too.

“We understand that it's incredibly tough for customers right now,” said Crystal Lail with the utility company. “Pricing on everything is going up. And importantly, we want customers to know that we have resources to help them.”

But Wittman says that for Yellowstone Valley Electric it’s a little different because the co-op is not for profit.

“Our rates are stable, very stable,” he said. “We have no plans to raise rates this year or next. We can sustain some of this and there's a little bit of a cushion there and we've been able to prove that by not changing rates now for 11 years.”

Yellowstone Valley Electric serves roughly 22,000 meters, and Wittman says that number is growing at a rate of 3 percent.

The good news is really just for co-op members, so Wittman says he feels for those NorthWestern Energy customers who are still impacted by the potential of these rate hikes.

And NorthWestern Energy customers should know the increase isn’t yet final. The PSC has to approve the proposed increase, so for now, it’s just a proposal.

As Billings continues to struggle with a lack of affordable housing options, the city has been selected to join a Housing Solutions Workshop led by the New York University.
BILLINGS, MT・4 HOURS AGO
Q2 News

About 130 Yellowstone County Courthouse employees have been working without a contract since July 1. Union leadership met with employees for a strike assessment on Tuesday.
YELLOWSTONE COUNTY, MT・1 DAY AGO
Q2 News

Carbon County is still feeling the effects of the devastating floods, from the ag community to the towns of Fromberg and Roscoe. One nonprofit has launched a new program to help.
CARBON COUNTY, MT・2 DAYS AGO
Q2 News

Q2 Billings Area Weather: Plan for a cooler tomorrow and a quiet weekend

Thursday cools behind a cold front, a bit breezy and showery for some. A quiet weekend leads us toward some uncertainty by the middle of next week.
BILLINGS, MT・4 HOURS AGO

The incident happened around 11:30 p.m. Friday and forced the closure of East Bridger Road at the railroad crossing and South River Road at the Rushwater Road intersection.
BRIDGER, MT・4 DAYS AGO
Q2 News

Beautiful weather continues today as daytime highs warm into the 70s for most of the area. A cold front will bring cooler daytime temperatures tomorrow.
BILLINGS, MT・17 HOURS AGO
Q2 News

While temperatures waver a little Wednesday and Thursday, the overall outlook is consistent. That is, until the middle of next week when there could be changes.
BILLINGS, MT・1 DAY AGO
Q2 News

A rock-solid idea to spread positivity in Billings

Julie Eskandari loves taking something simple and perhaps boring and transforming it into something beautiful and meaningful.
BILLINGS, MT・4 HOURS AGO
Q2 News

Nearly six months after a fire erupted at Honest Tom’s Casino in Bridger, the building remains locked up. The investigation into the arson that killed two people is moving slowly.
BRIDGER, MT・3 HOURS AGO
Q2 News

Knudsen said he is meeting with law enforcement and visiting schools across the state trying to educate people about what he described as the "staggering" increase of the lethal drug.
BILLINGS, MT・6 DAYS AGO

Elijah Tidswell is one of the candidates for the Montana Senate in District 24. Tidswell turned 18 in June, which means that if he wins he'll be the youngest person ever elected in Montana.
BILLINGS, MT・5 DAYS AGO
Q2 News

Billings School District 2 Superintendent Greg Upham announced to staff Friday morning that he is retiring at the end of the current school year.
BILLINGS, MT・5 DAYS AGO
Q2 News

Billings' West End is littered with construction these days, but some of it is causing more excitement than frustration.
BILLINGS, MT・9 DAYS AGO
Q2 News

Fraser is a case study in tenacity and hard work. He lost nearly a dozen elections in his lifetime, but persisted, eventually winning the top city administrator spot in a divided race.
BILLINGS, MT・8 DAYS AGO
Q2 News

Montana avenue and 24th street in Billings is tough place to cross the street for pedestrians. A brand new cross walk that was unveiled today aims to change that.
BILLINGS, MT・6 DAYS AGO
Q2 News

On Monday evening, Travis Salter arrived at his son's football game. What he didn't know is that a few hours later he would be diving into an irrigation ditch nearby to save lives.
BILLINGS, MT・1 DAY AGO
Q2 News

The Billings City Council has approved plans for a new fire station in the Heights, one that will house the city's first ever mobile response team focused medical calls.
BILLINGS, MT・8 DAYS AGO