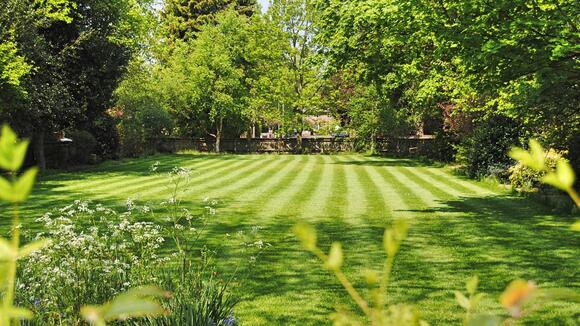 The Bartlesville City Council is considering an expansion of city ordinances to allow homeowners to cultivate more natural, less manicured lawns — with some restrictions.

The changes were initially presented in 2021 by Ward 2 Councilmember Paul Stuart. At the time, the Council decided to allow Stuart to use his lawn as a pilot project with plans to return to the discussion at a later time.

In a special meeting Monday, the Council considered the proposed changes to the ordinance following Stuart’s experience.

“Really the workshop today is to review the lessons learned we had over the last year … and to consider the possible amendments y’all have in your packets,” Bartlesville City Manager Mike Bailey said during the meeting.

The most notable change, however, is the definition and regulation of managed natural landscape areas — sections of lawn where the turf grass has been removed and replaced with intentionally cultivated native plants, trees and shrubs.

A shift away from the traditional lawn, managed natural landscapes include native plants and grass allowed to grow taller than traditional turf grass. Throughout the meeting, council members alluded that Stuart’s natural lawn had drawn varied public reactions — not all of them positive.

“I truly appreciate Paul for taking on the heat of starting off with this … having to knock everything out of his yard. Paul’s not even in my ward, but I guarantee I got phone calls about Paul’s house,” Ward 4 Councilmember Billie Roane said.

Bailey clarified during the meeting that the managed natural landscapes allowed under the proposed ordinance would not simply allow individuals to stop mowing their lawns.

“These are not turf grases that have been left unattended … If you have unmanaged vegetation growth, we can go in and use code enforcement to cause it to be corrected,” Bailey said.

Natural landscapes must be contained within a clearly defined border, such as rocks, stones or bricks. Additionally, natural areas must be cut to 12 inches at least once per year and the natural areas can only include plants on the Oklahoma Proven list — which includes a variety of native plants.

Bartlesville Mayor Dale Copeland said if the new ordinance is codified, there would be a grace period for homeowners to become compliant. The new rules can also be updated by the Council as needed.

“This is not set in stone. This is something that can be changed, amended and improved. We have to start somewhere,” Copeland said.

During the special meeting, Roane asked how a managed natural landscape would be different from a yard where a homeowner has several carefully cultivated flower beds.

Bailey said the difference would be related to the intent of the homeowner.

“This is where it can get a little technical. … With these, they are intending to convert a large area to a natural landscape. If you just have a flower bed, you are under the normal rules and as long as it doesn’t have weeds and trash and things in there … you’ll probably be fine,” Bailey said.