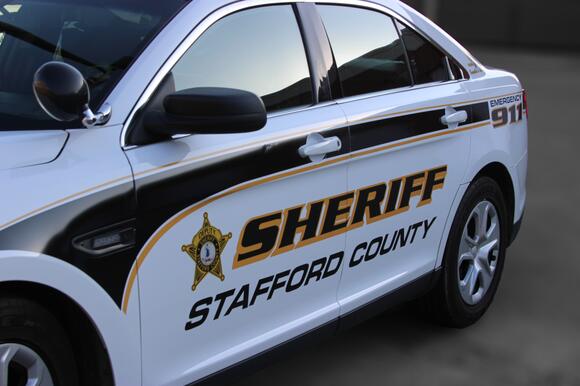 STAFFORD COUNTY, Va. (WRIC) — At around 8 a.m. on Tuesday, Aug. 16, a deputy reportedly observed a Nissan Rogue speeding and weaving in and out of traffic while traveling southbound on I-95 near the Washington Drive exit.

When the deputy attempted to initiate a traffic stop, the driver ignored his lights and sirens and continued to weave through traffic at over 80 mph, according to police.

A pursuit was initiated as another deputy joined the chase, and the suspect reportedly continued to drive aggressively.

The deputies then moved their cruisers to block off both sides of the suspect’s vehicle and brought it to a stop. According to police, the suspect was uncooperative and was taken into custody.

Police: Search underway for man who jumped off bridge at Hopewell City Marina in Appomattox River

The suspect was identified as 49-year-old Georgiette Kwachie of Woodbridge. According to police, Kwachie complained the other traffic was moving too slowly and mistakenly believed she was not required to stop for law enforcement.

Kwachie was charged with eluding, reckless driving, holding a phone while operating a vehicle, following too closely and a traffic lane violation. She was held without bond at Rappahannock Regional Jail.

Man killed in shooting in Fairfax

According to the Fairfax County Police Department, a man was dropped off at Inova Mount Vernon Hospital with a life-threatening gunshot wound to the upper body. The man was taken to Inova Fairfax Hospital in the Annandale area where he died from his injuries.
FAIRFAX COUNTY, VA・4 HOURS AGO
WRIC - ABC 8News

A Maryland man who works for the Fairfax County Department of Information and Technology has been placed on administrative leave after he turned himself in to police for allegedly embezzling more than 150 of the county's Wi-Fi routers.
FAIRFAX COUNTY, VA・17 HOURS AGO
WRIC - ABC 8News

Fredericksburg Police have arrested a man after he allegedly attempted to steal a car in a Five Guys parking lot.
FREDERICKSBURG, VA・2 DAYS AGO
WRIC - ABC 8News

Police in Fairfax are looking for a group of men they believe are breaking into businesses across northern Virginia and stealing ATMs.
FAIRFAX COUNTY, VA・2 DAYS AGO

Virginia State Police is continuing to investigate an incident on Wednesday in which the operator of a motorcycle crashed in Henrico County as he was allegedly trying to get away from police.
HENRICO COUNTY, VA・3 DAYS AGO
WRIC - ABC 8News

All northbound lanes have been closed on Interstate 95 in Henrico County, following a tractor-trailer crash.
HENRICO COUNTY, VA・1 DAY AGO
WRIC - ABC 8News

The crews were able to make their way into the home and extinguish the fire. The family who lived in the house was away at the time but their three dogs and two cats were inside. Thanks to the quick action the first responders, as well as animal control, all five pets were saved.
SPOTSYLVANIA COUNTY, VA・2 DAYS AGO
WRIC - ABC 8News

A Front Royal woman was sentenced to seven years in prison earlier this week for her role in masterminding a pill-mill scheme in Northern Virginia that saw her move tens of thousands of illicit oxycodone pills over the course of a decade.
FRONT ROYAL, VA・2 DAYS AGO

Ian is inland, rain tonight and windy. Tornado Watch to our SE until 10 pm
VIRGINIA STATE・17 HOURS AGO