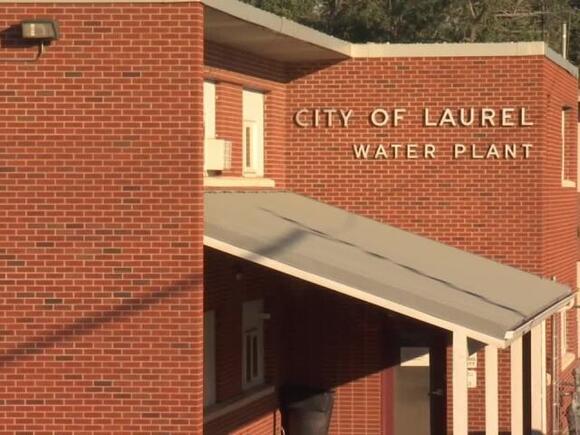 The city of Laurel says it has fixed a communication breakdown that led to a delay in notifying residents about problems with their drinking water last month.

With the flooding in June, the water treatment plant had some turbidity or cloudiness issues, on four different days, something many residents didn't find out until after the problem was fixed.

When rivers started to spill their banks back in June, that triggered high turbidity levels at the Laurel water treatment plant.

According to the city, it was back to acceptable levels within an hour.

While not necessarily dangerous, the city of Laurel issued a health advisory notice and was required to notify DEQ, but that did not happen.

"If we had been notified at the time the the advisory or the public notice that you're you know, seeing now would have been issued then," Kaufman said.

"I think everyone is most worried about that took a month to be notified that there was something wrong with the water," said Brandon Ellis, Laurel resident and business owner.

Several residents took to social media complaining about the lack of notice, especially after later reading the health advisory, which states people with severely compromised immune systems, infants and some elderly may be at increased risk.

"It seemed to concern quite a few citizens, mostly people were a little concerned about their health, especially because the paperwork eventually came with a warning," Ellis said.

"You want to be able to tell your consumers that hey, we don't have any confirmation that there was a problem with the water," Kaufman said. "But everybody's health conditions backgrounds are different and you need to make those decisions on an individual basis."

MTN has reached out to Laurel city leaders to ask about the breakdown in communication.

The city has declined interviews, but stated in a news release that it does not believe the safety of drinking water was compromised.

And it has stated the Public Works Department has corrected the problem.

"It's more of a personnel misunderstanding or miscommunication," Kaufman said. "And my understanding is they've taken care of that."

The incident happened around 11:30 p.m. Friday and forced the closure of East Bridger Road at the railroad crossing and South River Road at the Rushwater Road intersection.
BRIDGER, MT・1 DAY AGO
Q2 News

A house in the hills south of the Yellowstone River in Billings was completely destroyed by a fire early Saturday morning. Multiple reports said flames could be seen from miles.
BILLINGS, MT・1 DAY AGO
Q2 News

Montana avenue and 24th street in Billings is tough place to cross the street for pedestrians. A brand new cross walk that was unveiled today aims to change that.
BILLINGS, MT・3 DAYS AGO

“We saw that we needed to do something a little different. When it comes to seafood, it can be very cool to people, but a lot of the time, it’s a little intimidating," explains Wanderaas.
BILLINGS, MT・2 HOURS AGO
Q2 News

Friday did not get off to a good start for Nadia Stryker. Someone had broken into her brand new Jeep overnight.
BILLINGS, MT・1 DAY AGO
Q2 News

The Billings City Council has approved plans for a new fire station in the Heights, one that will house the city's first ever mobile response team focused medical calls.
BILLINGS, MT・5 DAYS AGO
Q2 News

Most health and law enforcement organizations in Billings agree that substance abuse is the No. 1 problem in the city. It's why Substance Abuse Collect was founded in 2017.
YELLOWSTONE COUNTY, MT・3 DAYS AGO

Chances of precipitation will linger on through tonight and into tomorrow morning with temperatures in the low to mid 60s by the afternoon.
BILLINGS, MT・1 HOUR AGO
Q2 News

Billings School District 2 Superintendent Greg Upham announced to staff Friday morning that he is retiring at the end of the current school year.
BILLINGS, MT・2 DAYS AGO
Q2 News

Q2 Billings Area Weather: A soggy end to the first weekend of October

The first weekend of October is a cool and rainy one. Several inches of snow could fall in the mountains, too.
BILLINGS, MT・1 DAY AGO
Q2 News

Much cooler daytime temperatures have arrived with on and off showers and mountain snow through the weekend
BILLINGS, MT・2 DAYS AGO

Larry Grine of Arizona was identified in the Laurel area on Sept. 16-17 through his cell phone. On Sept. 20, he was identified by cell phone near the Gritty Stone Fishing Access point near Worden.
LAUREL, MT・6 DAYS AGO
Q2 News

One more dry and warm day before a double dose of cold fronts brings rain, mountain snow and a cool down
BILLINGS, MT・3 DAYS AGO
Q2 News

Elijah Tidswell is one of the candidates for the Montana Senate in District 24. Tidswell turned 18 in June, which means that if he wins he'll be the youngest person ever elected in Montana.
BILLINGS, MT・2 DAYS AGO
Q2 News

A petition has made it's way through the Cedar Park subdivision. 115 people have signed the document, which will be presented to the City Council on Monday.
BILLINGS, MT・8 DAYS AGO

Today will be the warmest day of the week with some spots reaching into the low 90s. A cool down with a chance at daily showers moves in Friday.
BILLINGS, MT・4 DAYS AGO
Q2 News

A Billings resident has filed a formal complaint asking that the Yellowstone County Commissioners to not sign a contract for private management at MetraPark.
BILLINGS, MT・8 DAYS AGO
Q2 News

Meet Jamie Jarvis, a teacher who is all about getting students involved with community service with his TWO ROADS PROJECT.
BILLINGS, MT・2 DAYS AGO
Q2 News

She booked the trip six months ago, never imagining she would end up vacationing in a really bad hurricane.
MONTANA STATE・3 DAYS AGO