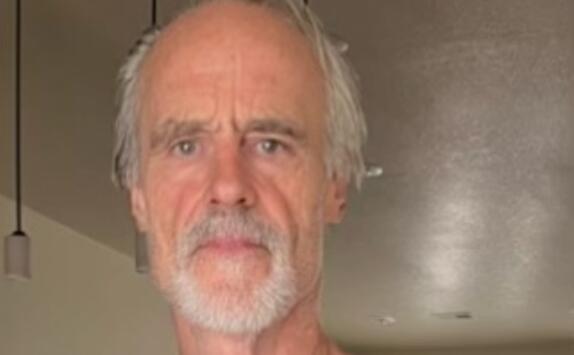 PUEBLO, Colo. — A Pueblo West man who had been missing since August 8 has been found dead.

63-year-old David Edwards was reported missing by his family. According to Tweets from the the Pueblo County Sheriff’s Office, he was last seen at 11 a.m. on August 8 when he left his Pueblo West home to go to the grocery store.

On Tuesday, August 16, the Pueblo County Coroner confirmed on Twitter that Edwards had been found on August 13 in a rural area of western Pueblo County. A Coroner’s Investigator pronounced him dead on the scene.

An autopsy is scheduled to determine the cause and manner of death.

THURSDAY 10/06/2022 5:08 p.m. (PUEBLO, Colo.) — The Pueblo County Coroner has identified Christopher Cole Compton, 17, of Pueblo West as the teen who died in the traffic crash. Compton died from injuries suffered during the vehicle crash near Avenida del Oro and W. Camino Pablo Drive. He was pronounced dead at the scene by […]
PUEBLO WEST, CO・16 HOURS AGO
KXRM

CSPD continues to search for Colorado Springs woman missing since 1994

(COLORADO SPRINGS) — The Colorado Springs Police Department (CSPD) continues to search for a woman, who went missing in 1994. According to CSPD on Oct. 6, 1994, 38-year-old Gloria Berreth was reported missing after she had not shown up to pick her children up after work at Peterson Air Force Base. She was last heard […]
COLORADO SPRINGS, CO・16 HOURS AGO
KXRM

(EL PASO COUNTY, Colo.) — A man found dead by hikers in May 2022 on Old Stage Road has been identified by the El Paso County Coroner’s Office. The El Paso County Sheriff’s Office (EPSO) has charged the suspect, who was already incarcerated on unrelated charges. The body of 30-year-old Jermaine Trevion Wilson was found […]
EL PASO COUNTY, CO・14 HOURS AGO
KXRM

(COLORADO CITY, Colo.) — The 10th Judicial District Critical Incident Response Team (CIRT) is investigating a fatal officer-involved shooting, which involved deputies with the Pueblo County Sheriff’s Office (PCSO). According to PCSO, deputies were called to a home on Santa Fe Drive in Colorado City around 11:45 p.m. on Wednesday, Oct. 5, about a burglary. […]
COLORADO CITY, CO・23 HOURS AGO

(COLORADO SPRINGS) — Traffic deaths have surged across Colorado in 2021 hitting a 20-year high, according to Colorado State Patrol (CSP). In 2021, Colorado State Troopers found a 74% increase in fatal crashes and a 30.6% increase in injury crashes caused by lane violations. The spike in crashes around Colorado is caused by drivers leaving […]
EL PASO COUNTY, CO・21 HOURS AGO
KXRM

Editor’s note: This story has been updated to remove two suspect names and photos that the Colorado Springs Police Department (CSPD) said should not have been released as part of the undercover operation. (EL PASO COUNTY, Colo.) — An undercover operation resulted in the arrest of ten suspects, by the Colorado Internet Crimes Against Children […]
COLORADO SPRINGS, CO・12 HOURS AGO
KXRM

(PUEBLO, Colo.) — Two teens were arrested in eastern Pueblo County Wednesday night, Oct. 5, after they were found in a stolen tent with ammunition and multiple guns. According to the Pueblo County Sheriff’s Office (PCSO), deputies responded Wednesday evening to the 33000 block of East Highway 96, looking for a runaway 17-year-old boy and […]
PUEBLO COUNTY, CO・14 HOURS AGO
KXRM

UPDATE: WEDNESDAY 10/5/2022 10:34 p.m. (COLORADO SPRINGS) — CSPD said all lanes of Venetucci and Cheyenne Mountain Boulevards are back open. WEDNESDAY 10/5/2022 10:03 p.m. A motorcyclist was seriously injured in a crash Wednesday evening at the intersection of Venetucci Boulevard and Cheyenne Mountain Boulevard. According to the Colorado Springs Police Department (CSPD), officers with […]
COLORADO SPRINGS, CO・1 DAY AGO

(CAÑON CITY, Colo.) — The Cañon City Police Department (CCPD) is asking for the community’s assistance in locating a missing 13-year-old boy. Israel Middlemiss is described with black hair and blue eyes. He is 5’05” and 150 pounds. He was wearing a white hoodie and blue jeans with a blue duffle bag. Middlemiss was last […]
CANON CITY, CO・1 DAY AGO
KXRM

(PUEBLO, Colo.) — The Pueblo County Sheriff’s Office (PCSO) is searching for a trailer that was taken last week from a West Park home. PCSO tweeted about the missing trailer on Tuesday, Oct. 4. PCSO said the trailer has a built-in pizza oven and was taken on Thursday, Sept. 29. PCSO said if you see […]
PUEBLO COUNTY, CO・2 DAYS AGO
KXRM

(COLORADO SPRINGS) — The 4th Judicial District Attorney’s Office has completed its review of an officer-involved shooting from March 7, 2022, and has ruled the shooting justified. According to the 4th Judicial District Attorney’s Office, on March 7, detectives with the Violent Offender Fugitive Task Force as well as patrol officers with the Colorado Springs […]
COLORADO SPRINGS, CO・1 DAY AGO
KXRM

(PUEBLO, Colo.) — The Pueblo Police Department (PPD) is asking for the public’s assistance identifying two thieves who stole a victim’s wallet and used her credit card for thousands of dollars in purchases. According to a Twitter post by PPD, on Monday, Sept. 26, a customer was shopping at Sam’s Club when she had her […]
PUEBLO, CO・8 HOURS AGO
KXRM

(COLORADO SPRINGS) — Crime Stoppers is offering a $10,000 reward for information leading to the arrest of a suspect in a homicide from November of 2021. According to Crime Stoppers, on November 6, 2021, a suspect riding a black and yellow dirt bike fired shots into a car on Galley Road near the Citadel Mall, […]
COLORADO SPRINGS, CO・1 DAY AGO
KXRM

Fire extinguished at apartment complex, cause determined to be food left on stove

UPDATE: WEDNESDAY 10/5/2022 6:10 p.m. (COLORADO SPRINGS) — According to CSFD, the people who lived in the apartment left food cooking on the stove and forgot about it when they left the apartment. Neighbors called the fire department when they realized there was smoke coming from the unit. CSFD said the fire was put out […]
COLORADO SPRINGS, CO・1 DAY AGO
KXRM

COLORADO SPRINGS — The city of Colorado Springs met with community members at Cheyenne Mountain Junior High on Thursday night to go over the proposal of adding a gate to Old Stage Road. The city hopes by adding an activated smart gate, it will make the road safer and protect the community from the reports […]
COLORADO SPRINGS, CO・8 HOURS AGO
KXRM

(COLORADO SPRINGS) — A man sped through a red light, almost hitting Doherty High School students walking to school, and evaded officers around the area of Oro Blanco Drive and Barnes Road on Tuesday. According to Colorado Springs Police Department (CSPD), an officer was in a parking lot near the intersection of Barnes Road and […]
COLORADO SPRINGS, CO・2 DAYS AGO
KXRM

(CAÑON CITY, Colo) — The Cañon City Area Fire Protection District (CCAFPD) announced they were awarded a $3,237,748 grant to hire 12 additional firefighters. The grant comes from the “Staffing for Adequate Fire and Emergency Response” grant, administered through FEMA. CCAFPD said that the grant will cover all of the costs associated with the 12 […]
CANON CITY, CO・1 DAY AGO
KXRM

(COLORADO SPRINGS) — An Evans Elementary School (EES) student was arrested and booked into the Zebulon Pike Youth Services Center after a handgun was discovered inside the student’s backpack along with ammunition and a magazine. The El Paso County Sheriff’s Office (EPSO) charged the Evans Elementary student with Unlawful Possession of a Weapon on School […]
EL PASO COUNTY, CO・1 DAY AGO