The Pioneer has served Jefferson County since 1904. It is a member publication of Pamplin Media Group and is published weekly, distributed locally Wednesday mornings. The Pioneer, with a circulation of 3,600, reaches homes every Wednesday. 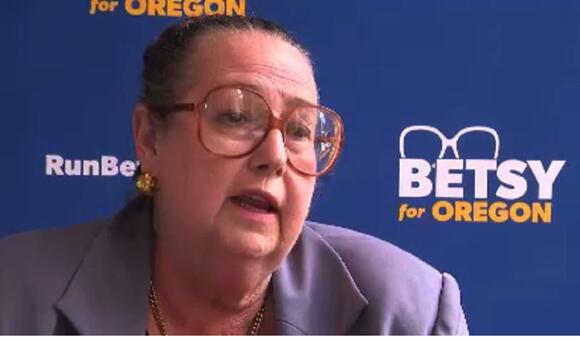 Voter signatures must be certified by Aug. 30 deadline for the Nov. 8 general election ballot.

Oregon governor candidate Betsy Johnson submitted petitions to the Secretary of State on Tuesday to qualify her insurgent bid for governor in the Nov. 8 general election.

The campaign for Johnson, the former Democratic state senator from Columbia County, delivered boxes it said contained petitions with 48,214 signatures to Secretary of State Shemia Fagan at noon Tuesday.

The count by Johnson's campaign would be twice the minimum number of valid signatures required and even with the usual attrition of invalid signers would be "well over the number necessary to qualify," said Johnson campaign spokesperson Jennifer Sitton.

Democrat Tina Kotek and Republican Christine Drazan won their parties' May 17 primaries and will also be on the ballot.

Fagan's office is in the Public Administration Building in Salem while the nearby Capitol undergoes extensive renovations.

Oregon Public Broadcasting reported Johnson made a brief appearance at the event, thanking supporters for the effort.

"Why did they do this?" she said. "They love Oregon. They want a better Oregon, free from partisan paralysis." 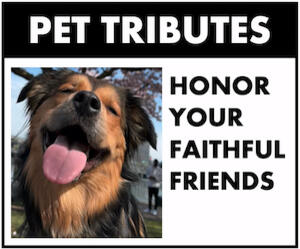 OPB reported Johnson did not take questions from the press who had gathered to cover the petition drives' ending. Tuesday was the deadline that Fagan had set to give her office enough time to validate the signatures by the Aug. 30 deadline to add Johnson to the November ballot.

The next step will be for Election Division officials to validate signatures by checking a random sampling sufficient to show any problems with the overall signature effort.

If Johnson were to win the election, she would be only the second governor elected without a major party nomination. Julius Meier, an independent, was elected to one term in 1935.

The Oregon Capital Bureau is a news partner of the Pamplin Media Group.

Director Richard Whitman abruptly resigned three months early citing personal reasons.SALEM — The Oregon Department of Environmental Quality is undergoing a change of leadership quicker than anticipated. Leah Feldon, DEQ deputy director since 2016, was appointed interim director of the agency at a meeting of the Environmental Quality Commission on Friday, Sept. 23, following the abrupt resignation of Director Richard Whitman. Whitman had committed to retiring at the end of 2022, but instead resigned three months early, citing "personal reasons" in an email to EQC Chairwoman Kathleen George. Feldon's first official day as interim director will be Friday, Sept. 30....
OREGON STATE・4 DAYS AGO
The Madras Pioneer

Your state's military personnel want you to know that those loud jet noises are here to help.Two fully armed F-15 C fighter jets sit 24/7 at Northeast Portland's National Guard Base waiting for their call to action. "The horn goes off, and in minutes, I jump into an airplane and I'm airborne," said Oregon Air National Guard Col. Aaron Mathena, who looks like he was chosen for the role of commanding officer by a Hollywood casting director but who speaks with the authority and poise his uniforms suggests. The 142nd has a mission to remain deployable worldwide. Or, according to...
OREGON STATE・3 DAYS AGO
The Madras Pioneer

Oregon's flying military force members serve cities throughout the state with their volunteerism.Being local is "One of our strengths, one of our benefits, part of our charm as I like to say," said Oregon Air National Guard Col. Aaron Mathena. "As Col. (Todd A.) Hofford, our wing commander is fond of saying, we are the hometown air force." Being a guardsman, I have responsibilities monthly and annually but when I'm not under those responsibilities," Mathena said. "I support my local community, I support the community that I'm in, or I pursue my overseas job that may be paying the bills...
OREGON STATE・3 DAYS AGO
The Madras Pioneer

Student performance plummets in Jefferson County and across state

Newly released state testing shows distance learning hurt proficiency scores School testing results released this week clearly demonstrate the pandemic-imposed distance learning had on education in Jefferson County and throughout Oregon. Across the state, proficiency rates dropped about 10 percentage points across mathematics and English language arts since 2019. These trends match nationwide data. The National Assessment of Educational Progress shows reading scores across the country had the largest drop since 1990, and mathematics scores had their first ever decline. The assessment data is not a comprehensive overview of the outcomes or scope of learning or achievement, the...
JEFFERSON COUNTY, OR・8 DAYS AGO

Experts define 'area of known wolf activity' for two adult wolves and two pups This story is from OPB and the Associated Press's Report for America Statehouse News Initiative Oregon wildlife officials said Tuesday they have identified a new family of wolves in the northern Cascade Mountains, bringing the total number of known wolf groups in the region to three. The state Department of Fish and Wildlife confirmed the new family of wolves with two adults and two pups. They were discovered in December on the reservation of the Confederated Tribes of Warm Springs, about 100 miles southeast of...
OREGON STATE・9 DAYS AGO
The Madras Pioneer

Oregon is the only state without a Gold Star Family Memorial that honors those killed in the line of duty.Across the country, Gold Star Families Memorial Monuments honor members of the military who died in the line of duty. The tributes give relatives a space to grieve and reflect on their losses. They are located in cemeteries in every state — except Oregon. Now a project is underway to place one of the memorials in the Willamette National Cemetery in east Portland. It is led by local resident Nancy Menagh, president emeritus of Gold Star Wives of America. "The monument...
OREGON STATE・10 DAYS AGO
The Madras Pioneer

Federal funding to give $10 million to Jefferson County projects

Senate Appropriations committee funds projects like water infrastructure and wildfire relief The United States Senate has passed a spending plan for the $44.8 billion dollar Department of the Interior, Environment and Related Agencies Bill, and 111 Oregon projects are receiving funding. In Jefferson County, almost $10 million in direct project funding has been promised to four community projects. The bill also supports other nationwide projects that are likely to support Jefferson County in areas like wildfire management, outdoor recreation, and water infrastructure. The bill supports nationwide projects on wildfire suppression, public lands, infrastructure, agriculture and the environment. The...
JEFFERSON COUNTY, OR・16 DAYS AGO
The Madras Pioneer

Central Oregon Landwatch challenges proposed rezoning on Crooked River Ranch Responses to the proposed 54-lot development on Crooked River Ranch prompted the Jefferson County Planning Commission to move its Sept. 8 meeting to a larger venue. The 5:30 p.m. meeting will be at the Ranch Chapel instead of the Club House as earlier planned. If approved the new development would be the largest expansion since 1979, when the owners, the MacPherson family, opened up the 16th phase of the Ranch to homeowners. Brothers Bill and Murdoch MacPherson began developing Crooked River Ranch into rural residential...
CROOKED RIVER RANCH, OR・23 DAYS AGO

Another shooting? Nothing will change

Second AR-15 incident in a month in Central Oregon - it's impossible to feel safe in busy public places anymoreSunday presented yet another tragic, sickening welcome to the new world moment. As happens nearly every day in the USA, we had a mass shooting in the national news. This time, from right here in Central Oregon, Bend. Stop me if you've heard it before: a young white male, about 20, just out of school, where he was reportedly bullied, goes on a shooting rampage with an AR-15 rifle. Innocent people are dead. The Bend tragedy occurred just about a...
BEND, OR・29 DAYS AGO
The Madras Pioneer

Latino Community prepares to set Sahalee Park dancing after pandemic 'intermission' You won't be able to keep your feet still once the bands take the stage at Sahalee Park in Madras Saturday, Sept. 10. Latino Fest celebrates Latin American culture in Central Oregon and the Latino Community Association and its partners are reviving the live event after a two-year pandemic break. Conjunto Bahía, from Seattle, will deliver Colombian dance rhythms and costumed dancers from Michoacán, Mexico, will tap out the Baile de los Viejitos (Dance of the Old Folks). Local music and dance groups will keep the stage vibrating, and a spread of savory food, locally grown produce, and cultural booths will fill the park. Nonprofit organizations will share what they offer with visitors and kids will find activities just for them. The festival opens at 11 a.m. and wraps up at 6 p.m. Admission is free. Information provided by the Latino Community Association. {loadposition sub-article-01}
MADRAS, OR・23 DAYS AGO
The Madras Pioneer

Funeral directors live on the frontline of deadly trends

How COVID and overdoses changed life and death for the mortician of a small community While many know someone or know of someone who passed away with COVID, most, if not all, the Jefferson County residents who died with COVID during the pandemic came through the door of the Bel-Air Colonial Funeral Home. "It was difficult as a funeral director," said Mark Wolford, who has served at funeral homes in Central Oregon for 35 years, most recently at Bel-Air in Madras. "It was like you were put into a bottle." Walford said the gloves and the masks created a...
JEFFERSON COUNTY, OR・23 DAYS AGO

The Pioneer has served Jefferson County since 1904. It is a member publication of Pamplin Media Group and is published weekly, distributed locally Wednesday mornings. The Pioneer, with a circulation of 3,600, reaches homes every Wednesday.