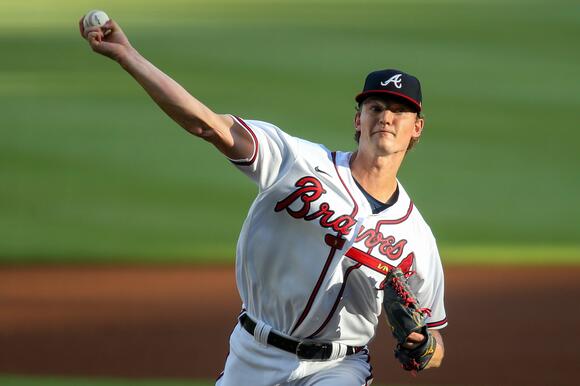 On Monday Andy Bunker and Randy McMichael talked about the fact that Mike Soroka is finally getting a rehab start at with the Braves High-A affiliate in Rome on Tuesday after working his way back from two Achilles injuries over the past couple of years.

“It’s a big deal man, it’s a step in that process of him getting back to the bigs. I’m still going to be on that mindset that I had all season so far, I’m not going to count on him to be back with the big club,” Randy replied when asked if Soroka’s upcoming rehab start is a big deal, small deal or no deal.

“Say he does well, make another start maybe in Rome and then maybe you go to Mississippi or straight to Gwinnett? It all depends on how he looks now…you’re obviously just rooting for the guy,” Andy added.

Soroka has not pitched in a major league game since August 3, 2020.

You can listen to Andy & Randy Monday-Friday from 11a-2p.

Why Braves have a major advantage in showdown with Mets

92.9 The Game Atlanta Braves insider Grant McAuley joined Dukes and Bell for his regular appearance on the show and talked about what gives the Braves a major advantage over the Mets in their showdown for the division this weekend.
QUEENS, NY・12 HOURS AGO
92.9 The Game

Who will fill Spencer Striders spot in starting rotation for Braves?

92.9 The Game Atlanta Braves insider Grant McAuley joined Dukes and Bell for his regular appearance on the show and talked about who will fill Spencer Strider’s spot in the rotation while he is out with an Oblique strain?
MLB・2 DAYS AGO
92.9 The Game

Why Bryce Elder could be a huge playoff piece for Braves

Andy & Randy reacted to Atlanta Braves rookie Bryce Elder throwing an 8-0 shutout against the Washington Nationals becoming the first Braves rookie to throw a shutout since Steve Avery in 1990
MLB・1 DAY AGO
92.9 The Game

Jon Chuckery and Audacy MLB Insider Bob Nightengale discuss just how important Travis d’Arnaud and William Contreras have been for the Braves this season.
ATLANTA, GA・1 DAY AGO

Atlanta Falcons Analyst Dave Archer details just how dangerous Falcons RB Cordarrelle Patterson has been for the team and what makes him so special as a running back.
ATLANTA, GA・2 DAYS AGO
The Columbus Dispatch

Wednesday marked the end of the Clippers' season after five months of baseball. They finished third, behind Nashville and Toledo, in the International League West with an 85-64 record.   The Clippers also had 16 of their players make MLB debuts. Will Benson, Peyton Battenfield and Xzavion Curry were just a few who spent time with the big club. Tyler Freeman and Will Brennan, who started their seasons in Columbus, are playing for the Guardians this postseason....
COLUMBUS, OH・26 MINUTES AGO
92.9 The Game

Have the Falcons changed their offensive identity?

Pass Rush Specialist Chuck Smith joined Dukes & Bell for his normal Tuesday appearance and talked about what has changed about the Falcons offensive line that has made the team more effective up front?
ATLANTA, GA・1 DAY AGO
92.9 The Game

Could Deion Sanders awaken a sleeping giant at Georgia Tech?

Deion Sanders and the Yellow Jackets could make for a perfect pairing, at least in theory, but there must be a commitment on the part of Georgia Tech to turn this from potential to reality
ATLANTA, GA・1 DAY AGO

Even if they don't have a winning record, the Falcons are exciting again

Despite the discrepancy in talent on the roster, the Falcons have had a chance to win each of their first three games. Even if they aren’t winning, Steak Shapiro is thrilled that the team is exciting again.
ATLANTA, GA・1 DAY AGO
92.9 The Game

With injuries in Tampa and both New Orleans & Carolina off to slow starts, the Falcons—coming off their first win of the season—can’t be counted out in the race for a ‘wide open’ NFC South.
ATLANTA, GA・2 DAYS AGO