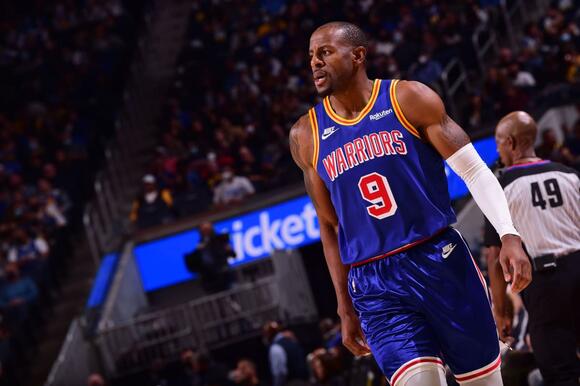 Having competed against each other for years, Andre Iguodala and Paul George are two of the more accomplished active players in the NBA. While their two careers and respective accomplishments look different, both players have accomplished more in the league than most players ever do.

On a recent podcast episode , Iguodala said, "I'm still a fan of Paul George. Paul George [is] the second most talented player in the league to me. He got it all." A lot of players view Paul George in this way, respecting his game in a way that perhaps some fans and analysts do not. For those who watch him closely, it is clear that Paul George is one of the game's most elite talents.

With the combination of shooting, ball-handling, and defense at his size, few have the all-around game that George boasts. His peers seem to recognize this, even if many in the media do not. With Kawhi Leonard on track to return at the beginning of this season, George will get his running mate back for what the Clippers hope is a deep playoff run.

With a championship being the one glaring absence in George's incredibly accomplished career, this season projects to be one of the best chances he will have at a title. The Clippers have a constructed a deep and versatile roster, which should be one of the league's best.

Paul George is a major part of what the Clippers plan to do this season, and according to Andre Iguodala, he is the second-most talented player in the NBA.

ESPN’s Malika Andrews stirred up more controversy for the NBA’s Boston Celtics when she brought up the history of the team’s interim head coach from more than 13 years ago. During an on-air NBA Today broadcast last week, the sports world was upended when it was reported...
BOSTON, MA・2 DAYS AGO
AllClippers

Kawhi Leonard is feeling 'stronger' than before.
NBA・1 DAY AGO
AllClippers

Paul George felt like the initial decision was a 'slap on the wrist.'
NBA・1 DAY AGO
AllClippers

The LA Clippers will begin their season without a true backup center
LOS ANGELES, CA・1 DAY AGO