APPLE is planning to add a controversial new feature that will leave iPhone owners frustrated, it is claimed.

The tech giants have reportedly started internal discussions about adding more advertisements, according to insiders.

Bloomberg reporter and Apple specialist Mark Gurman theorized that advertisements will come to Apple Maps, and one day expand to Apple Books and Apple Podcasts.

Gurman reported that businesses could pay Apple to have their listings appear at the top of the search results.

A similar practice is already in action in the App Store, where developers pay to have their apps for games or services listed near the top in response to search terms.

Overall, Apple is rather good natured in the advertising business, which can be a vicious, data-hawking space filled with annoying popups.

Apple placed itself at the forefront of user protection related to data collection for advertising by launching the App Tracking Transparency policy last year.

The policy enables users to choose which apps and websites can track their data as they move across cyberspace - many users opt out of data tracking, much to the dismay and horror of companies who rely on that data to place targeted ads.

Gurman also noted that Apple lets publishers advertise in stories posted to Apple News and publishers keep a "vast majority" of the proceeds.

Other products outside of the Apple realm have more invasive advertising programs.

But the Amazon Fire and other handhelds come at a much lower cost than Apple gadgets, and a mostly ad-free experience is part of what sets Apple apart in consumer tech.

Insider reported that Apple executives are musing the idea of making the advertising team into its own branch within the company, severing it from the Apple Services division. 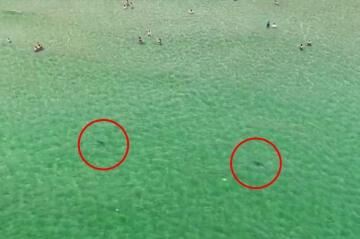 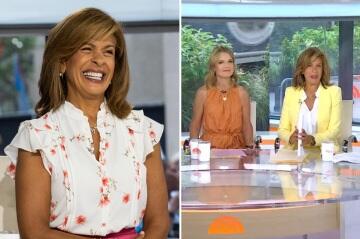 Apple's next-generation technology coming this fall is sure to impress fans and spur revenue.

Adding more advertisements won't earn them praise, but user-friendly policies and subtle display ads likely won't push anyone out of the Apple ecosystem in favor of a competitor.

there is always an alternative. great tech is always changing and just because Apple is here and popular today doesn't mean tomorrow is guaranteed.

Yeah they’re gonna lose me on this one. Advertising has become a thing that annoys people so much, they directly refuse to buy those products or even bother to watch or listen to them at all.

that's why I have android, never really noticed adds outside of games I guess. apple just trying to squeeze another buck out of people of it's overpriced calculator they call a phone. fire tablets are ok for kids but all you have to do is mod it and it's a great tablet full Google store.

ONE in four Netflix users say they're planning to ditch the app this year as the cost of living crisis bites. According to a survey, viewers are turning tail for multiple reasons, including the rising cost of a subscription to the service. Reviews.org surveyed 1,000 Americans about their Netflix habits.
CELL PHONES・11 HOURS AGO
The US Sun

IPHONE users have been getting fed up with their device's battery drain after updating to iOS 16. iOS 16 comes packed with not only plenty of exciting new features but a few bugs as well. One such bug seems to be draining their iPhone batteries quicker than pre-update, users are...
CELL PHONES・11 HOURS AGO
The US Sun

DO YOU think you've got an uncrackable password? It might not be as safe as you reckon. Common passwords used by lots of people are easy to guess, making them a liability when it comes to staying safe from hackers. If a hacker were to guess your logins, you could...
INTERNET・13 HOURS AGO

SHOCKED Google Photos users have had the nasty surprise of finding their precious pictures ruined, according to numerous reports. People began noticing that old snaps stored on the platform dating back five years or more had strange quality issues over the weekend. Many have shared examples with worrying lines, cracks...
TECHNOLOGY・10 HOURS AGO
The US Sun

Instagram down for THOUSANDS of users in mysterious outage

NASA has revealed stunning new images of the Artemis 1 mission as the launch gets delayed once more. The US space agency was set to launch its Artemis 1 mission today, but due to a tropical storm Ian, it has been delayed. This is the third delay in the past...
AEROSPACE & DEFENSE・4 HOURS AGO