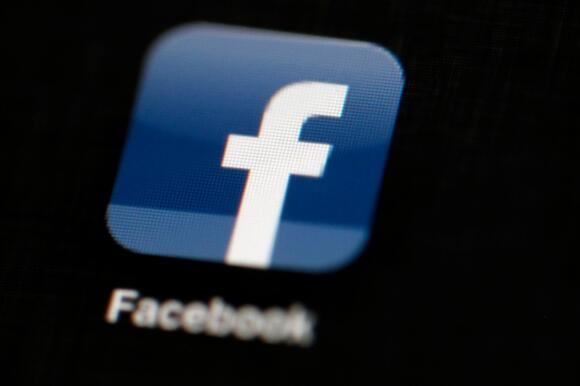 BOYD COUNTY, KY (WOWK) – The Ashland Police Department is warning of a scam going around on social media that is being posted to community groups allegedly to create a scare.

According to the Ashland PD, the scammers go into a community group and post a warning of alleged criminals in the area. Specifically, the APD says this scam reported from the “Boyd County Sale & Trade” group was a message posted about an alleged “serial killer and abductor,” alleged “mugshot” included, in the Boyd County area allegedly kidnapping women. The poster even says their “friend was almost taken.” The APD says their is no indication of anything like this happening in the area.

The APD says other agencies have had similar reports of the exact same post with only the location changed in the wording.

This is not the first time a false post warning of criminals has reached the area, just last month, the Putnam County Sheriff’s Office investigated reports from a post circulating that a woman had been targeted by a man in the Teays Valley Kroger parking lot and that her husband had intervened seeing the same thing happen to another woman a different night.

Anyone who sees posts like these should take caution to see if they are actually real before sharing the post.

that is just terrible people are trying that! it's just awful that these people make it harder to trust anyone. stay safe everyone!!!!

There are grammatical mistakes in this article . You would think a professional publication would correct those before publication.

3 arrested for kidnapping and assault in Wheelersburg, Ohio after man found covered in blood

SCIOTO COUNTY, OH (WOWK)—Three people have been arrested for kidnapping and assault in Wheelersburg, Ohio. The Scioto County Sheriff’s Office says they received a call at around 9 a.m. on Tuesday about a man walking down State Route 140 that looked like he was beaten up. They say the man was covered in blood. The […]
WHEELERSBURG, OH・23 HOURS AGO
WOWK 13 News

CHARLESTON, WV (WOWK) – Authorities are searching for a woman in connection to a shooting that happened Wednesday on Charleston’s West Side. According to CPD, officers have obtained a warrant for malicious wounding against Talekia Stroud after a woman was shot in the shoulder on Wednesday, Sept. 28, in the 1800 block of 7th Avenue […]
CHARLESTON, WV・2 HOURS AGO
WOWK 13 News

CHARLESTON, WV (WOWK) – Several people were arrested in Charleston after authorities executed a search warrant on Thursday, and three more are wanted by authorities. According to the Charleston Police Department, the search warrant was executed by the CPD Special Enforcement Division in two locations along the 1800 1/2 block of 7th Avenue, known as […]
CHARLESTON, WV・4 HOURS AGO

Editor’s Note: Updates to this article can be found here. CHARLESTON, WV (WOWK) — A woman is in stable condition after being shot in the shoulder in Charleston, according to the Charleston Police Department. Metro 911 officials say a call about a shooting in the 1800 block of 7th Avenue in Charleston just after 5:15 […]
CHARLESTON, WV・22 HOURS AGO
WOWK 13 News

GREENUP COUNTY, KY (WOWK)—One man is dead after being shot in Greenup County, Kentucky. KSP says that witnesses told them that a dispute happened before the man was shot and that his girlfriend is the suspect. They have not released any names or ages at this time. This is a developing story, and we will […]
GREENUP COUNTY, KY・2 DAYS AGO
WOWK 13 News

Man charged after standoff with police in Huntington

HUNTINGTON, WV (WOWK)—A man who barricaded himself at a Huntington home on Tuesday has been charged. Huntington PD says 50-year-old Dwayne Howard was arrested and charged with wanton endangerment and was also arrested on a warrant for violating home confinement. On Tuesday, a home confinement officer noticed Howard inside the McDonald’s on 1st St. and […]
HUNTINGTON, WV・1 DAY AGO
WOWK 13 News

PIKE COUNTY, KY (WOWK)—A man is dead after an accident in the area of Elkhorn City in Pike County, Kentucky. Kentucky State Police say that 26-year-old Anthony Kirk, of Williamson, West Virginia, was pronounced dead on the scene of a crash on Elkhorn Creek just before 8 p.m. on Monday, Sept. 26. KSP says that […]
PIKE COUNTY, KY・1 DAY AGO

HUNTINGTON, WV (WOWK)—A man was arrested on Tuesday for allegedly making terroristic threats toward EMS workers. According to a criminal complaint, a Huntington Police officer contacted 911 dispatch to transport a man requesting to be transported to the VA hospital for health problems. The officer pat searched the man for weapons while waiting for EMS […]
HUNTINGTON, WV・23 HOURS AGO
WOWK 13 News

LAWRENCE COUNTY, OHIO (WOWK) — A company in South Point, Ohio that was accused of stealing thousands of dollars from customers, has a long list of similar complaints on the Better Business Bureau (BBB) of Ohio’s website.  In recent months, most of the complaints against Shield Roofing and Construction have been the same — with […]
SOUTH POINT, OH・20 HOURS AGO
WOWK 13 News

Behind the scenes of Cabell County’s ‘Text to 911’ system

Roofing company in Ohio indicted for allegedly lying to customers

UPDATE: (5:00 P.M. Tues. Sept, 27, 2022): More information has been released in an indictment against a roofing company in South Point, Ohio. Court documents say the company Shield Roofing and Construction as well as two of its owners, Jose Cabrelas and Luis Escobedo, are each facing four counts in that indictment, accused of lying […]
SOUTH POINT, OH・2 DAYS AGO

MEIGS COUNTY, OH (WOWK)—A man accused of killing another man in Pomeroy on Easter of 2021 was denied a mistrial. On Tuesday, the defense for Jaquan Hall asked for a mistrial, and on Wednesday, Judge Linda Warner denied that request. Jaquan Hall was arrested on June 7, 2021, in Charleston for the murder of Kane […]
POMEROY, OH・1 DAY AGO
WOWK 13 News

CHARLESTON, WV (WOWK)—The Charleston Police Department will conduct a DUI sobriety/child safety seat checkpoint on Wednesday. Charleston PD says the checkpoint will take place near the 6700 block of MacCorkle Ave. SE between 5 p.m. and 12 a.m. on Sept. 28. They say the purpose of the checkpoint is to reduce criminal and traffic-related activities […]
CHARLESTON, WV・2 DAYS AGO
WOWK 13 News

SCIOTO COUNTY, WV (WOWK) – The Scioto County Sheriff’s Office is warning residents to be wary of phone scammers. The sheriff’s office say they have received multiple calls from residents regarding the scam. Deputies say residents have reported that the Caller ID from the scam call indicates the calls are allegedly coming from the “Scioto […]
SCIOTO COUNTY, OH・2 DAYS AGO
WOWK 13 News

Armed man who barricaded himself in Huntington home arrested

UPDATE (4:25 p.m. on Tuesday, Sept. 27): Authorities on the scene have apprehended the suspect. The suspect, Dwayne Howard, cut off his ankle bracelet last week. Howard was on home confinement for fraudulent use of a credit card device and burglary, according to Cabell County Sheriff Chuck Zerkle. Zerkle says that earlier Tuesday morning, a […]
HUNTINGTON, WV・2 DAYS AGO
WOWK 13 News

MEIGS COUNTY, OH (WOWK)—Opening statements in the trial of a Charleston man accused of killing a man in Pomeroy have begun. Jaquan Hall was arrested on June 7, 2021, in Charleston for the murder of Kane Roush. On June 17, 2021, Hall was indicted on charges of Aggravated Murder, an unclassified felony; Murder, an unclassified […]
CHARLESTON, WV・2 DAYS AGO
WOWK 13 News

HUNTINGTON, WV (WOWK)—Members of the Guyandotte community are planning a candlelight vigil on Wednesday for a 12-year-old boy who died last Saturday. Christian Weaver had been swimming with friends where the Ohio and Guyandotte Rivers meet. His body was pulled from the water after several hours of searching. Melanie Wray is organizing the vigil. She […]
HUNTINGTON, WV・1 DAY AGO
WOWK 13 News

The Red Cross is looking for more volunteers to help with the disaster response for Hurricane Ian. If you want to help and are not already trained they can help you get the required training within a week.
CHARLESTON, WV・20 HOURS AGO