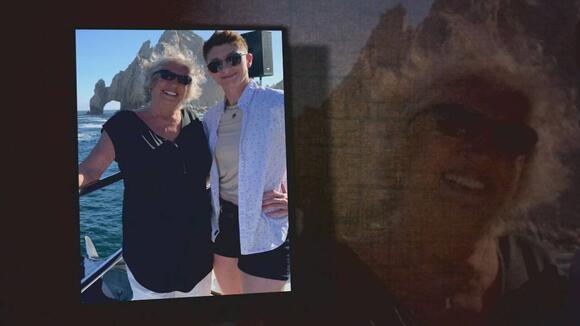 ATLANTA — A woman says she lost hundreds of dollars in an elaborate phone scam. Someone had called her, claiming they were holding her mother hostage.

She shared her story with Channel 2′s Veronica Griffin.

“I heard her say my name and then she was crying, like wailing,” victim Steph Mold said.

Cries for help. Mold believes it was her mother’s voice on the other end of a cellphone call she received Thursday afternoon.

But soon after, she heard a man’s voice.

“It was a man who was screaming to her to quiet down. He got on the phone with me and said my mother said that I could help him get money to go back to his baby in Baton Rouge.”

Mold says the man yelled expletives and threatened to hurt her mother, who lives in Florida.

The same man also demanded that money be sent immediately, via a cash app.

“Not really understanding what was going on, I envisioned a hostage situation at my mother’s home and of course I panicked. Even more because I didn’t know how help other to do what he told me to do.”

Fearing for her mother’s life, Mold did as she was told, sending three different deposits totaling close to $600.

“I was panicking and shaking. I was almost crying,” Mold said.

It was a call that lasted about 15 minutes and turned out to be a scam.

Mold says the call cost her more than the hundreds in cash. It also cost her a sense of self-security.

“I was so mortified that somebody could do this to other people. And realness because it came from my mother’s phone number, and the voice was hers as well.”

The details of Mold’s story fall right in line with what the FBI refers to as virtual kidnapping.

They advise people to talk to their family members to warn them about these types of scams.

It’s exactly why this victim is sharing her story.

Now, along with Everything else [Jobs, unemployment, inflation, raised cost of living, gas & food/groceries] we gotta worry about "virtual kidnapping" too!... These are ppl (the scammers) obviously, have too much time on their hands, and watching too much TV...Who sits around, All Day, and thinks up this kinda stuff🤔

ATLANTA — As a former strip club dancer, fighting to rescue girls and women from sex trafficking is personal for Kasey McClure. That’s why on Thursday night she led the so-called “Unholy Tour” once again. It’s a bus tour meant to motivate those on board to take steps to save lives.
ATLANTA, GA・1 DAY AGO
WSB Channel 2 Atlanta

ATLANTA — An Atlanta woman says she worked for more than a month at a work from home job that she thought was legitimate, until she never got paid. As a single mother of four, Sonya Scott says she was specifically looking for work from home opportunities and was excited to find the job as a shipping and packaging specialist.
ATLANTA, GA・2 DAYS AGO
WSB Channel 2 Atlanta

ATLANTA — The family of a 78-year-old woman killed in March in a Buckhead parking deck are speaking out because there still has not been an indictment in the crime. 78-year-old great-grandmother and former Douglas County Sheriff’s Deputy Jacqueline Mixon was attacked on March 1 in the Piedmont Hospital parking deck.
ATLANTA, GA・22 HOURS AGO

GWINNETT COUNTY, Ga. — The third and final suspect wanted in connection to the murder of a beloved coach who had gone to a gas station to pump air into his tires has been arrested. [DOWNLOAD: Free WSB-TV News app for alerts as news breaks]. Gwinnett County police said...
GWINNETT COUNTY, GA・1 DAY AGO
WSB Channel 2 Atlanta

DEKALB COUNTY, Ga — After five years of torment, Eugenia Terrell says she’s finally found some peace. Terrell was in the courtroom on Friday when the man convicted of killing her daughter was sentenced to life in prison. “That’s just the end of it,” said Terrell. “We don’t...
DEKALB COUNTY, GA・18 HOURS AGO
WSB Channel 2 Atlanta

‘Are you ready to die?’: Chilling video used against 2 women accused of beating young mom to death

GWINNETT COUNTY, Ga. — Two women accused of beating a young mother to death over a man will remain in jail. Channel 2′s Matt Johnson was in Gwinnett County, where we showed you 17-year-old Janine Gonzalez’s emotional moments in court, for Channel 2 Action News at 4 p.m.
2 DAYS AGO
WSB Channel 2 Atlanta

Police: Woman loses $10,000 after being scammed at Perimeter Mall

DEKALB COUNTY, Ga — A woman was scammed out of $10,000 as part of a scheme that took place at a metro Atlanta mall, according to the Dunwoody Police Department. Police say a woman at Perimeter Mall was approached by another woman who said she was playing a card game for money and needed her as a witness so that she ”would not be taken advantage of.”
DUNWOODY, GA・2 DAYS AGO

ATLANTA — Thursday marks the 116th anniversary of Atlanta’s race massacre, when a mob of white residents attacked and killed more than 20 Black people. Channel 2′s Dave Huddleston spoke with two descendants who say their grandfather fought back but was still punished. During the attack, Alex...
ATLANTA, GA・2 DAYS AGO
WSB Channel 2 Atlanta

FULTON COUNTY, Ga — A new program is using shelter dogs to help break the cycle of incarceration and rehabilitate local convicts. Six men graduated from the program on Thursday. Channel 2′s Kristen Holloway spoke with participants who shared how the program is making a difference in their lives....
FULTON COUNTY, GA・2 HOURS AGO
WSB Channel 2 Atlanta

ROSWELL, Ga. — More than a week after an attack at a city park, a Roswell man is still in the hospital — still too injured to talk to detectives. Matt Donald was found lying in a pool of blood. Channel 2′s Steve Gehlbach broke the story and...
ROSWELL, GA・3 DAYS AGO
WSB Channel 2 Atlanta

DEKALB COUNTY, Ga — Around 2,500 people received COVID-19 vaccinations, including boosters in an event at Stonecrest Mall in DeKalb County on Saturday. The event ran from 8 a.m. to 5 p.m., and The DeKalb County Board of Health says it gave away a $100 prepaid debit card to everyone who received a COVID-19 vaccination or booster shot.
DEKALB COUNTY, GA・1 HOUR AGO
WSB Channel 2 Atlanta

GRIFFIN, Ga. — A Georgia man has been sentenced to 80 years in prison after he was convicted of kidnapping his girlfriend, stabbing her, burying her and ultimately trying to burn down a home with her inside. Prosecutors said Lydell Eugene Holmes, 39, pleaded guilty Tuesday to charges of...
PIKE COUNTY, GA・2 DAYS AGO
WSB Channel 2 Atlanta

ATLANTA — The attorneys for music executive Chaka Zulu want police to drop the murder charges against him. Zulu, who’s real name is Ahmed Obafemi, is the longtime manager of Atlanta rapper Ludacris. He was arrested after a fight outside the APT 4B restaurant in June. Atlanta police said Zulu shot and killed 23-year-old Artez Benton outside the restaurant, which Zulu owns, back in June. Zulu was also shot that night but survived.
ATLANTA, GA・2 DAYS AGO
WSB Channel 2 Atlanta

ATLANTA — The streets of Atlanta are safer thanks to a gang crackdown that’s already showing positive results. Channel 2 investigative reporter Mark Winne was the only reporter to hit the streets with officers as they rounded up gang members, guns and drugs. It had been a summer-spanning,...
ATLANTA, GA・3 DAYS AGO