THE mysterious loud boom that shook parts of northern Utah on Saturday morning has seemingly been solved as a webcam has captured a meteor trail flash in the area.

Immediate fears from witnesses were that an earthquake had come through or military jets in the area were flying by and breaking the sound barrier.

However, the Snowbasin Resort in Huntsville, Utah has managed to capture and confirm a meteor sighting over the state through webcam video.

The resort posted its footage in a tweet with the caption, "Did you hear that loud boom this morning? Our web cams captured this meteor flying over Snowbasin!"

Another video posted on Twitter from a Utah resident's webcam also shows that there is an incredibly visible white streak across the sky followed by the discussed loud boom, all but confirming a meteor crash.

The booming was strong enough to shake windows and went through Salt Lake City on Saturday, August 13 at about 8.30 am MDT. 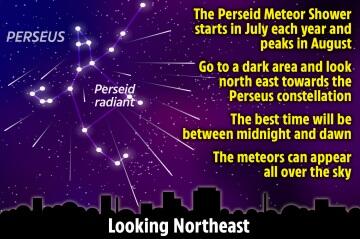 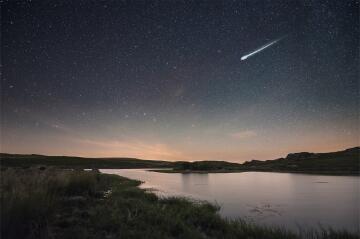 However, it wasn't only Salt Lake City that noticed, as reports came in from Park City, Syracuse, and West Valley City areas of Utah, per FOX13 News.

The event was even detected by seismographs on the ground and deemed an "unconfirmed earthquake or seismic-like event" by Volcano Discovery.

However, Utah Governor Spencer Cox quickly shot down rumors of earthquakes or military aircraft through a post on Twitter and further supported the meteor theory.

"Heard this while out on a run in SLC. We have confirmed it was not seismic/earthquake and not related to our military installations," he said.

Governor Cox would continue that the phenomenon is most likely a meteor that crashed over them.

He attached a tweet from Utah resident Matt Blank, who goes by the handle @msbutah on Twitter, explaining that a "high altitude meteor" likely blew up when it hit the Earth's atmosphere.

They wrote in their own tweet that the lightning detection mapper possibly picked up the meteor’s trail flash, which officials said seemed to be confirmed by witness video, reports the New York Post.

"Bolstering the meteor theory for this morning's #boom in #Utah, the two reddish pixels shown over Davis and Morgan counties are from the GOES-17 Lightning Mapper, but not associated with evidence of thunderstorm activity in satellite or radar. Likely the meteor trail/flash #utwx," reads the caption from NWS Salt Lake City.

The American Meteor Society operations manager Mike Hankey also said that this kind of boom and reports of fireball sightings are common for meteor strikes, per The New York Times.

“If the object is large enough, it will get close enough to the surface to make this sound,” Hankey explained.

“It is like a sonic boom in some cases; others can witness an air blast or explosion in the air.” 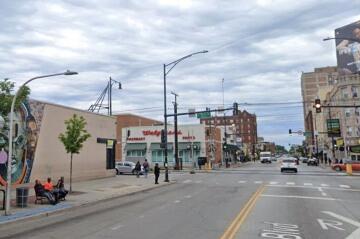 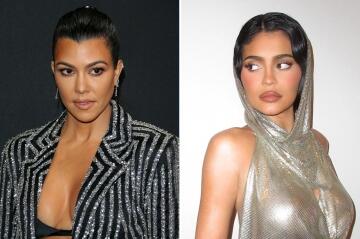 NWS Salt Lake City has seen the webcam footage from the Roy resident and made it safe to say that from the evidence, a meteor crashing is all but a confirmed conclusion to the situation.

Now it is confirmed further through the Sunbasin Resort footage as well.

PARENTS can and should have a say over what their kids watch, but some think a Texas mom has gone too far in her campaign against Disney's Hocus Pocus 2. The Halloween film is intended as a family flick, but the woman said it could "expose children to darkness." Reporters...
TEXAS STATE・15 HOURS AGO
The US Sun

4th stimulus check update 2022 — Direct $1,050 payments being sent out THIS WEEK — check when the cash will be sent out

MILLIONS of California residents are set to receive a huge new $1,050 direct payment this week. On October 7, millions of California residents who got the first or second round of the Golden State Stimulus payments via direct deposit can expect to see inflation relief checks hit their bank account.
CALIFORNIA STATE・19 HOURS AGO
The US Sun

FOUR people are dead in what police are investigating as a possible murder-suicide. The victims, who are all related, were found dead at three different locations across Newstead, New York, on Thursday morning. The Erie County Sheriff's Office responded to the first scene at Ten X Outdoor Shooting Club at...
NEWSTEAD, NY・17 HOURS AGO
The US Sun

"CULT mom" Lori Vallow's murder case has been suspended over concerns about her competency, according to a shock ruling handed down by a judge. Vallow and her husband, Chad Daybell, are facing murder charges after the remains of two of Vallow's children were found on Daybell's property. A judge announced...
IDAHO STATE・14 HOURS AGO

HUNDREDS of thousands of Americans are receiving tax rebates worth $600 this week, and they now have a new tracker to see where they are on the list. These payments are part of an Idaho rebate approved by Governor Brad Little this year. The amount each Idaho full resident earns...
IDAHO STATE・19 HOURS AGO
The US Sun

ELECTED officials have pointed out a controversial Walmart policy that limits access to a certain prescription drug. North Carolina representatives have appealed to Walmart officials after it was revealed the company instructed its pharmacies to avoid distributing a drug that can be used to induce medical abortions. The Democratic reps...
POLITICS・10 HOURS AGO