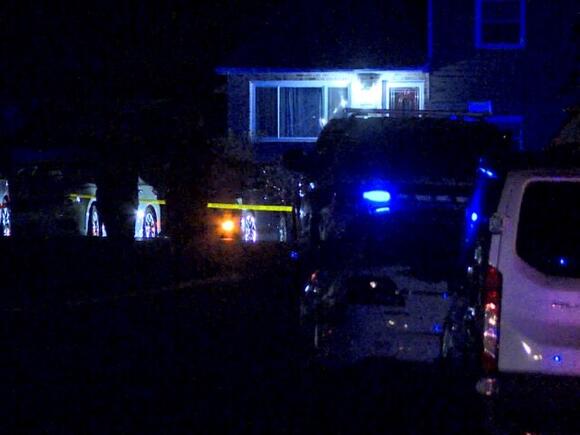 WILLIAMSBURG, Va. — A funeral service was scheduled for Monday for a Virginia university student whom police said was shot to death earlier this month.

Zhykierra Zhane Guy, 22, of Henrico County was found in the passenger seat of a car that had been struck by gunfire in the early-morning hours of Aug. 5, according to Henrico police. Guy was pronounced dead at the scene.

Police were investigating Guy’s death as a homicide, according to the College of William & Mary, where she attended, media outlets reported.

Guy was a government major at William & Mary who planned to graduate next May. She had started her own retail hair extension business and danced while at the school, Vice President for Student Affairs Ginger Ambler said in a statement released Friday.

The funeral will be held at a Halifax County church.

This is a developing story, so anyone with more information can email newstips@wtvr.com to send a tip .

Twenty-four-year-old Keniyah Vaughn was charged with Attempted Murder and Use of a Firearm in the Commission of a Felony.
RICHMOND, VA・23 HOURS AGO
WTVR CBS 6

While Richmond Police said it appeared that the woman was shot, the Medical Examiner's Office will determine the cause and manner of death.
RICHMOND, VA・9 HOURS AGO
WTVR CBS 6

Detectives are hoping a photo of a golf cart will help identify the person they said fired at least one shot at an officer Wednesday night in Richmond's East End.
RICHMOND, VA・23 HOURS AGO

The teen accused of killing a 13-year-old girl last year in Henrico as she was walking home from school tried to escape from jail on Friday, Crime Insider sources told Jon Burkett.
HENRICO COUNTY, VA・19 HOURS AGO
WTVR CBS 6

The Old Dominion Police Department says it has identified a person of interest in the Virginia Tech locker room theft at S.B. Ballard Stadium on Sept. 2.
NORFOLK, VA・1 DAY AGO
WTVR CBS 6

Brothers killed while fishing in Virginia

Kenny Ellett and John Jackson were loving and sweet, John's wife said when asked about her husband and brother-in-law.
2 DAYS AGO
WTVR CBS 6

A judge in Richmond has postponed the federal trial of a man who Richmond police had accused of plotting a mass shooting.
RICHMOND, VA・3 DAYS AGO

Police have not yet released the name of the person who was killed, but said the deceased is an adult and not a student who goes to school in that area.
3 DAYS AGO

A homicide investigation is underway after the remains of a missing Hanover County woman were discovered three months ago in Southampton County.
HANOVER COUNTY, VA・3 DAYS AGO
WTVR CBS 6

Help is on the way for the understaffed Richmond Fire Department

“There have been many days and many nights that we barely had enough resources to respond to the needs of our citizens," Richmond Fire Chief Melvin Carter said. “That's truly unacceptable.”
RICHMOND, VA・1 DAY AGO
WTVR CBS 6

She recovered from addiction. She wants to help the community that saved her.

Crystal Smith went through a 28-day treatment program and now lives in the foundation's sober living home, something she said saved her life.
RICHMOND, VA・2 DAYS AGO
WTVR CBS 6

Both were taken too soon. Now, the community they were a part of is paying respect to their legacies, by paying it forward.
RICHMOND, VA・4 DAYS AGO
WTVR CBS 6

For one Colonial Heights woman, her death brought back a unique memory that also was shared around the world.
WILLIAMSBURG, VA・2 DAYS AGO