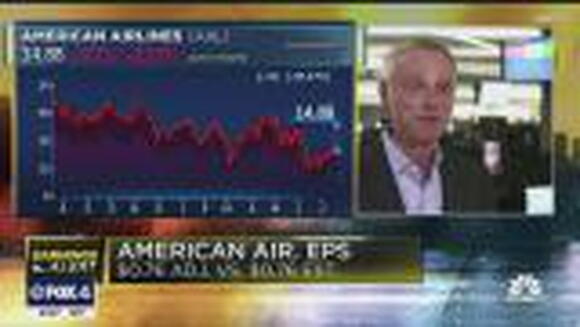 American Airlines blocked a family from boarding a flight after staff was told their 13-year-old daughter has special needs.

The family was on their way from Orlando , Florida to Richmond , Virginia via Charlotte , North Carolina on 6 June but they missed their connecting flight after a two-hour delay on their initial journey, according to Insider .

They were provided with new seats that were not located together, prompting the parents to tell airline staff that they needed to sit next to their daughter because she has special needs and that she could have a seizure.

They added that they didn’t want to sit close to the back of the plane because it was louder and bumpier, which they said could lead to a seizure. The family had paid for seats at the front of the aircraft.

After a gate agent spoke to the captain of the plane, the family was told that they wouldn’t be allowed on board.

The conversation with staff became irate, with the father, who chose to remain anonymous, telling Insider that he shouted at a manager who “kept talking over everybody”. The family was then asked to leave the premises.

“They treated us like we were terrorists and did not believe that my daughter has special needs,” the father told the outlet.

He added that his daughter had suffered two fractures to her skull, that she had two brain injuries, and broken ribs as well as burns before she had been adopted by the father and his wife.

“My daughter has had her last rights read to her on several occasions as her seizures can be fatal,” he said.

The family then had to pay for new flights to Richmond. The extra cost, including hotel rooms and Uber rides, came to around $1,000. They haven’t been compensated by the airline, according to Insider.

The Independent has reached out to American Airlines for comment.

Once upon a time when people were kinder and more compassionate, all it would take is the flight attendant asking nicely if people would switch seats so this family could sit together. What has happened to the human race?

If you miss your connecting flight and you get placed on another flight - those seats have already been reserved by other passengers.. That's probably why they weren't sitting together. If the airline could not make that accommodation they should compensate them and find another flight or airline where someone could sit with the daughter.

There usually is more to these stories. If the family pre-paid for selected seats & arrived on time, everything should have been fine. Curious if there is more to the story.

At least 2 dead, 6 others wounded in series of stabbings in front of Las Vegas casino, police say

At least two people are dead and six wounded after a series of stabbings in front of a casino in Las Vegas on Thursday, officials with the police department said.
LAS VEGAS, NV・40 MINUTES AGO
The Independent

‘Whole family wiped out’: Baby girl, parents and uncle found dead in orchard after being kidnapped at gunpoint

A family of four that was kidnapped in California on Monday has been found dead in an orchard, authorities said.“Our worst fears have been confirmed,” said Merced County Sheriff Vern Warnke, at a news conference late on Wednesday night.Mr Warnke did not release any information about how and when the victims were believed to have been killed.He said they were found close to each other when discovered by a farm worker in a remote area.Earlier on Wednesday, authorities released footage of the moment the family of four were kidnapped at gunpoint from their trucking business.Surveillance footage showed a masked...
MERCED COUNTY, CA・15 HOURS AGO
The Independent

Fort Myers Beach “no longer exists” after Hurricane Ian ripped through the town last week causing irreversible damage.Florida’s Senator Marco Rubio said in a sombre interview on ABC’s This Week yesterday (2 October) that the town “will have to be rebuilt”, the Daily Mail reported.He stated that “Fort Myers Beach no longer exists” as it was hit so badly by the storm, which has been likened to an ‘A-bomb’. Of plans to rebuild, Rubio added: “It’ll be something different. It was a slice of old Florida that you can’t recapture.”The hurricane struck parts of southwest Florida on Wednesday last...
FLORIDA STATE・2 DAYS AGO
The Independent

A gunman involved in a fatal shooting at a Michigan hotel has surrendered after hours of police negotiations, according to officials.The violent incident at the Hampton Inn in Dearborn was sparked by a dispute with staff over money, according to Michigan State Police, and came to an end on Thursday evening.The suspect had been barricaded inside the hotel for more than five hours but the situation was “contained” and authorities were negotiating with him. Police arrived at the scene on Military and Michigan avenues at around 1pm. Shots were fired from the third floor of the hotel until shortly...
DEARBORN, MI・42 MINUTES AGO

Mother of girl, 12, expected teachers to have ‘integrity’ after pontoon death

The mother of a 12-year-old girl who died after becoming trapped under a pontoon on a school trip said she expected the teachers accused of causing her death to have “respect and integrity”.Brenda Lawson told a French court her family had been through “torturous suffering” since her daughter Jessica’s death near Limoges in 2015.She also criticised the response from the UK and Wolfreton School to Jessica’s death, saying they “did not provide us with any answers or help in any way”.Asked to describe the schoolgirl on Tuesday, Mrs Lawson told the court: “To describe Jessica is easy really.“We use the...
PUBLIC SAFETY・2 DAYS AGO
The Independent

Two South American researchers found dead amid the smouldering remains of a Kansas City apartment building fire were victims of homicide, local law enforcement agencies say.On Tuesday, the police were yet to identify any suspects or make any arrests, however.Camila Behrensen, 24, of Buenos Aires, Argentina, and Pablo Guzmán Palma, 25, of Santiago, Chile, were declared dead on Saturday at the scene of the apartment fire. Police said that they were “suffering from apparent trauma” unrelated to the blaze when firefighters found them.Their bodies were found around 5am in the morning. They were declared dead at the scene.Both Behrensen and...
KANSAS CITY, MO・1 DAY AGO
The Independent

A Mexican actor was convicted in South Florida on Tuesday of fatally punching a man during a road rage confrontation.A six-person jury in Miami-Dade circuit county found Pablo Lyle, 35, guilty of manslaughter, according to court records. He faces up to 15 years in prison.“Two lives were destroyed by simple roadway anger, a situation we see far too often on our streets and on streets across the country,” Miami-Dade State Attorney Katherine Fernandez Rundle said in a statement.Lyle has claimed he acted in self-defense and was trying to protect his children in March 2019 when he punched Juan Ricardo Hernandez, 63, during a confrontation at a Miami intersection.The unarmed Hernandez suffered a traumatic brain injury and died four days later at a hospital.Before his arrest in the United States, Lyle starred in several Televisa telenovelas and a Netflix crime show called “Yankee.” His first major role was the lead on "La sombra del pasado." Read More Mourners warned of overnight queues to view Queen’s coffin - live
MIAMI, FL・2 DAYS AGO
The Independent

A Florida theme park will demolish a 430ft high ride that teenager Tyre Sampson fell to his death from earlier this year, it has been announced. The 6ft 5in 14-year-old was killed while visiting Florida on a spring break trip in March with his football team from St Louis, Missouri.Tyre’s family says he weighed 340 pounds while the maximum weight for the FreeFall ride at Orlando’s ICON Park was 287 pounds, according to its manual.“We are devastated by Tyre’s death. We have listened to the wishes of Tyre’s family and the community, and have made the decision to take...
ORLANDO, FL・4 HOURS AGO

A coroner has offered his condolences to the family of Chris Kaba as the inquest into the 24-year-old’s death was opened and adjourned.Relatives of the father-two-be attended Inner South London Coroner’s Court on Tuesday for a brief hearing to open the inquest.Coroner Andrew Harris began the hearing by offering his condolences to relatives including Mr Kaba’s parents, brother and cousin who sat in the courtroom.The court was told that unarmed Mr Kaba, 24, was shot by a police marksman through the windscreen of the car that he was driving in Streatham Hill, south London, on September 5.The Audi, that had...
PUBLIC SAFETY・2 DAYS AGO
The Independent

A drunk veterinary nurse who was dubbed “every passenger’s worst nightmare” when she downed so much vodka on a flight she could barely speak has been allowed to carry on working.Katherine Heyes 29, who “did not consider herself to be drunk at any point”, drank a bottle of vodka with two friends on a flight to Turkey from Manchester for an all-girls holiday in May 2019, a disciplinary committee heard.Ms Heyes was described by a fellow passenger as “bordering on manic” as she was “screaming and swearing at everyone” and had to be restrained by her friends.Ms Heyes had also...
LIFESTYLE・2 DAYS AGO
The Independent

Woman ‘sued by Airbnb guests’ who were ‘triggered’ by her disability

A young woman with a terminal illness has claimed she is being sued by her Airbnb guests because they were “triggered” by her disability.The woman, only identified by the username 1820Things or “thisworldcanbeaccessible” across her social channels, posted a series of videos to YouTube and TikTok explaining her situation. She also called out the short-term homestays service for allegedly failing to offer her adequate help or advice.“I’m about to fight a legal challenge because I hosted a guest recently using a very large online platform, who is now demanding compensation for being forced to be around a disabled person”, she...
LAW・11 HOURS AGO
The Independent

Residents of Florida's Gulf Coast barrier islands were returning to assess the damage from Hurricane Ian to their homes and businesses on Thursday, despite limited access to some areas.Gov. Ron DeSantis awarded a contract to begin repairs on the Sanibel Island causeway earlier this week, but it might not be passable until the end of October. In the meantime, residents like Pamela Brislin were arriving by boat to see what they could salvage. Garbage and fish were scattered in the streets, rotting in the 82-degree (28 C) weather as she eyed the damage.Brislin, who moved to the island from...
FLORIDA STATE・5 HOURS AGO